The Wiwi Jury – our in-house panel of music unprofessionals – is taking in all the sights of Sweden for the #Melfest jury. Today we hit up Helsingborg – hometown of dansband crooner Hasse Anderrson who qualified from Andra Chansen with the song ‘Guld och gröna skogar’. Did his song leave entice us or just put us off? Read on to find out!

Robyn: Here’s the old pro to show the youngsters how it’s done. There’s something very comforting about Hasse. He comes on with his country tune, gets the crowd clapping along, and leaves everyone with a smile. Melfest always needs a song like this.

Angus: There’s no shade to be thrown at Hasse himself: by universal consensus he’s the charming dansband Grandpa we all want. Unfortunately I ain’t got a ray of light to toss the way of the honky-tonk song. I wish I could say SVT were saving the best till last but it is probably more accurate to say Hasse is up last to make Mariette and Eric look better. ‘Gold oh gröna skogar’ won’t fail to do that…

Deban: Professionally delivered, but unmistakably for a senior pallet. Year after year, these entries creep up at the Swedish national selection. They act act as a good buffer when sandwiched between two bubblegum entries, offering listeners some variety. Nonetheless, there are far better songs in the running for the trophy. Vintage schlager with a country infusion doesn’t quite cut it.

Bogdan: Ho, ho, ho. Or should I say, Needs. To. Go. I can’t believe Hasse went to Andra Chansen over Midnight Boy’s amazing “Don’t Say No”, not to mention to the final. I get the cute grandpa factor, I get the appeal for a certain segment of the Swedish public, but “Guld och gröna skogar” is a lazy composition and a happy-go-lucky singalong song fit for a drink in the pub when you’re retired, not for Melodifestivalen Final 2015.

Billy: Every year in #melfest, there is at least one schlager act and a song by old people. This entry would work more for Ireland or the Netherlands, but surely not for Sweden. Love the trees on stage! Wonder how this proceeded to Andra Chansen. I believe, though, that English lyrics would give it a chance.

Padraig: I don’t appreciate when my dad turns up the radio for this kind of dross, and I most certainly don’t appreciate it on the Melfest stage. Santa can “skoogar” off back to his workshop, and put me right at the top of the naughty list for all I care. Awful!

Denise: This is soooo bad, but Hasse is so lovely. He’s like an old teddybear and world’s favourite grandpa and that’s probably why people voted for him. I don’t even want to talk about the song as it’s Schlager at it worst and I love schlager.

Ron: That’s probably my least favourite song in the competition. It’s swedish, it’s folk, but yet boring and old. The only thing i like about this song is that there’s another song in swedish (since I believe there should be more songs in swedish in Melodifestivalen). The old guy is cute, the song still makes you sing-along with it (at least with my 2 Israeli-swedish girls), so a few points for the effort and the spirit.

Sami: Seems that this song is becoming some kind of inside joke among Swedish teenagers. I really don’t like this song, even if Hasse is very symphatic and seems lovely. From his Andra Chansen heat I couldn’t care less which song makes it to the final, though.

William: The dansband sound belongs in a barnyard, not at Melodifestivalen. We all accept that this isn’t going to win, so let’s just celebrate Hasse’s efforts and the fact that he’s still doing his thing. You’re never too old for a hoedown!

FOR ALL OUR MELODIFESTIVALEN JURY REVIEWS AND RANKINGS CLICK HERE 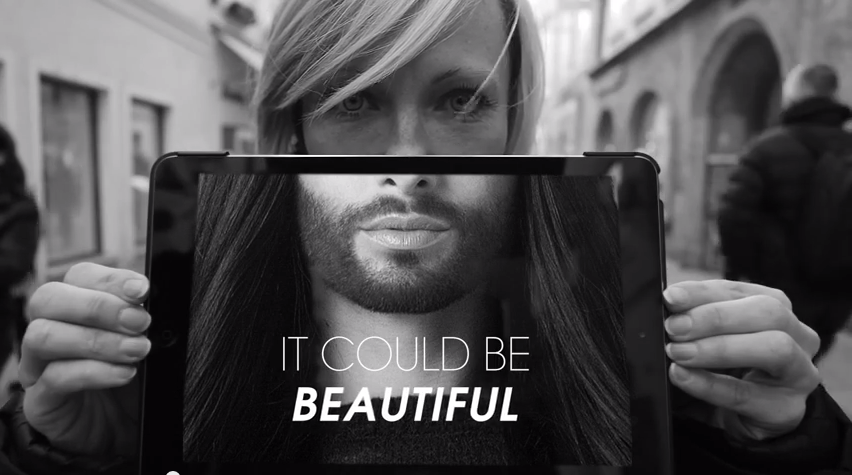 WATCH: Conchita Wurst’s lyric video for “You Are Unstoppable” 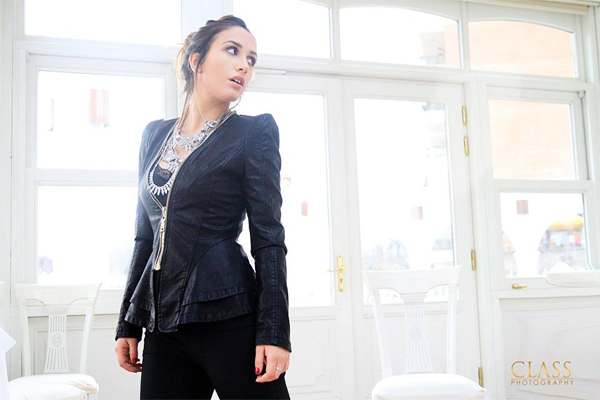 Quality-wise, I think Hasse should represent Sweden at the Eurovision. But whether Sweden sends Hasse or some bubblegum pop singer, they still get a place in the Top 10 so if I were one of the juries, might as well send a non-cliche act that isn’t a joke entry either and I think Hasse qualifies for both qualities of a non-cliche not a joke entry Eurovision entry. They just have to translate parts (or the entire song) to English though and it will be good to go. Plus, Hasse’s entry has got to have one of the best stagings at… Read more »

@Eugene, Robyn: I dunno, I think it’s a good thing that the Wiwi Jury represents a realistic variety of opinions. There really is no point in being “concerned” here…

As I said in the Andra Chansen results thread, a fun song, it may be; but it would have been better suited for ESC 2000 or earlier! Given that A.C. was near his hometown, he might have beaten anyone who was paired with him; but as it was, as it had to be (unfortunately), they paired the bookies’ #1 A.C. contender (Kristin) with the #8 A.C. contender (Hasse). For him to win MF, everyone else will have to end up fighting over all the other 11 contenders, and they sleep on him, his older fan-base, and his hometown fans. On… Read more »

Oh dismiss this song at your peril, I can see this winning Melodifestivalen. It’s not my winner as I like Mans, Jon Henrik and Dinah and would rather see one of those three win but I have a sneaky feeling that Hasse could win this.

It won’t win and will not crack the top 6 but kudos for having a great time. It’s a happy song after all.

How he beat Kristin is beyond me. Also, Don’t Say No is way too ‘inspired’ by that song You Spin Me Round.

The most underrated song in this site in 2015.

This would be the first happy song in Eurovision 2015 ( with Lithuania and Netherlands). 🙂

Final of Melodifestivalen will be also final of Eurovision 2015, because Sweden will choose, who will win for them in Vienna, Eric Saade or Jon Henrik Fjallgren.

I sniggered at first, and then as Hasse grinned and strummed his way through the song, I started to smile more and more.

Now I listen to this song as much as Eric’s or Måns’, if not more, even though it’s so different – easily the single happiest thing in the whole contest this year, including all the national finals. I can’t see him making it to Vienna at all, but if he does, I’m looking forward to folk dancing in the Wiener Stadthalle.

I won’t be surprised anymore if our grandpa wins in Melodifestivalen..! 😉
I under estimated him as i did not expect him to even qualify to the andra chansen alone but look at him now & how far he has went….He rised against all odds..! 🙂
Actually i prefer the grandpa to win over certain other acts…{3 of them..}