Every day until December 24, we’re stuffing your stockings with a new Eurovision poll covering everything from best follow-up single by a Eurovision 2015 act to which act deserves the ultimate last place. Consider this our advent calendar for 2015. Whether you celebrate Christmas or not, you can join us and let us know your thoughts each and every day. So grab your spiked egg not, cozy up to the fire, and let’s relive some Eurovision magic…

On December 6 all of Spain will celebrate Constitution Day — Dia de la Constitucion — which marks the anniversary the Spanish people ratifiying the Constitution. In honor of Spain we are celebrating its ESC stars from tigress Edurne to superstar Pastora Soler to fiesta-loving Lucía Pérez. But which is your favourite of the past decade? You can vote for as many songs as you like, but you can only vote one time…

After dropping the worldwide hit “The Ketchup Song (Aserejé)” in 2002, the Muñoz-sisters tried their luck in Eurovision with another tomato-inspired ditty. Internally selected by the state broadcaster, they took “Un Blodymary” to Eurovision 2006. Europe wasn’t thirsty for their cocktail and they only banked points from two countries, placing 21st in the final. Bottoms up…

The boy band D’NASH emerged as the victors of Spain’s Misión Eurovisión 2007 with their song “I Love You Mi Vida”. It was co-written by Thomas G:son, who later wrote two more Eurovision songs for Spain. Performing second in the grand final, they placed 20th out of 24 acts.

Soraya Arnelas tied with Melody in Eurovisión 2009: El retorno, but officials ultimately gave her the bid to Moscow since she earned more points from the televoters. In the final of Eurovision Soraya placed second to last leaving just Finland behind. The night was not for her after all…

Daniel Diges won Destino Oslo, La Gala de Eurovisión 2010 and with it the chance to represent Spain in Oslo. During the final of the 2010 contest, Spanish pitch invader Jimmy Jump rushed onto stage, interrupting the performance and forcing Diges to perform again later in the night. It still failed to reach the top ten, placing 15th.

In the final of Destino Eurovisión, three artists each performed three songs and one from each advanced to the superfinal. The winner was Lucía Pérez, who beat Melissa and boy band Auryn with a whopping 68 percent of the televote. Europe didn’t love the song that much, though. France and Portugal voted it the best of the evening but it still placed only 23rd. No matter. You can’t take the fun away from her…

RTVE internally selected Pastora Soler for Eurovision 2012, but the Spanish people, along with a professional jury, got to choose her song. “Quédate conmigo” was the favourite of the jury and got a massive 56% of the televote. With 97 points, Pastora achieved 10th place, which was the best result for Spain since 2004.

Like the year before, the artist to represent Spain in 2013 was chosen internally. Pop-rock band El Sueño de Morfeo sang three songs in the final of El Sueño de Morfeo: Destino Eurovisión and “Contigo hasta el final” (With You Until The End) won the night. In the Eurovision final, only two countries gave Spain points and they came next-to-last.

Ruth Lorenzo, who placed fifth on British X Factor, won Spain’s national selection Mira quién va a Eurovisión by the skin of her teeth. She tied with Brequette overall, but officials used the public vote as the tiebreak (sorry, jurors). She placed tenth at Eurovision with 74 points.

In 2015, RTVE internally selected Edurne to sing in Vienna, partnering her with “Euphoria” composers Thomas G:son and Peter Boström, along with Spanish songwriter Tony Sánchez-Ohlsson. Despite being one of the pre-contest favourites, Edurne placed 21st in the final.

What is the best Spanish entry of the past 10 years? 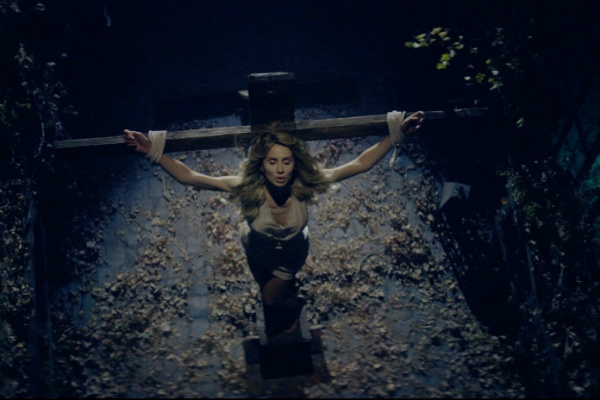 Pastora Soler in 2012 truly had the best song on the night, and Spain’s best by a mile for the last decade. Easily in my top 10 songs in Eurovision history, probably right up at the pointy end.

Big gap to Amanecer, which wasn’t really all that good on the night but isn’t bad recorded, and then Dancing in the Rain which I just never really got into all that much. The rest are best forgotten.

Overall good songs, Pastora and Ruth were sublime. Soraya, Edurne and Lucia were very good too. The rest were ok.

I hope Spain will always sing only in Spanish, it’s such a beatiful language…

I love Edurne, Ruth, Pastora and Soraya!!! My 4 favorite!!
I also like Lucia and D’Nash!!

I made a video of the best Eurovision entry of each and every country (including Spain) of the past 10 years. Please check it out if you're interested!

I have to give points to 2008’s entry for being one of the few joke entries that was actually funny.

My favourite from Spain is Ruth Lorenzo, who was also my favourite from 2014. Pastora Soler and Soraya are a close second and third. They all owned the stage and they sang really well (although Soraya was not as fortunate in the voting). Edurne came fourth but she’s distant from my top 3. The staging and vocals hurt her in the end, which did her amazing song a major injustice.

I never get the hype about Edurne and her song entry. It’s too underwhelming, not to mention her weak vocals and awkward performance during the grand final.

Why is Edurne always so high up in these polls? Bad song, bad live vocals.

Pastora is so overrated. She has a good voice, but her song was an original ballad, with nothing interesting in it. It wasn’t memorable at all.

Eurovision wouldn’t be eurovision without the novelty song so for me it’s Chickilacuatra, one of the most annoyingly memorable songs in the competition. Edurne was very good too, don’t rate any of the others.

Pastora!!! with no doubts

I voted Lucia, Pastora and Ruth. I was 12 when I watched the contest in 2011, and I remember it being the most uplifting of the night and I think rated it my 3rd of the night. Pastora is phenomenal and Ruth is just bae.

Pastora is a queen, she deserved the grannies’ second place.
Edurne and Soraya were underrated on the night, they had good songs and decent performances. Ruth is a great singer, there’s no denying that, but I didn’t like her song.
Lucía, Daniel and EDM were average going on bad.
Rodolfo and Las Kétchup are the things that just make me love Spain.

Could you please make a JESC poll, like who is the best winner ever, or best runner-up, or bronze medalist.

Pastora was absolutely my favourite of all! Ruth comes a close second. I hope
Spain will bring forward another singer/song like them once again. Total divas!

Las Ketchup and company i prefer not to say anything… better chiki chiki, at leat it was clearly a joke

The only good ones were “Dancing in the Rain” and “Quédate conmigo”. “Amanecer” is horribly overrated, and deserved its ESC placing.

Lucia’s song was so underrated, it’s one of the happiest song in ESC histroy. Her voice is really sweet.

Ruth! Pastora and Lucia too. 🙂

Forgot how much I loved Spain in the past 10 years at Eurovision.

My Picks for the BEST: D’NASH, Soraya, Pastora and Edurne (Ruth was alright I just don’t connect with that song).

The Funny: Rodolfo (along with Verka, this is the best joke entry.)

The Average ones: Daniel and Lucia.

The BAD: El Sueño de Morfeo (my last place for 2013) and Las Ketchup (Loved how studio version and the beat, but the staging and performance was horrid)

Such a polarizing country as of late!