Thanks to a technological hiccup, we found out the ten hopefuls who want to represent Denmark at Eurovision 2016 on Sunday. The mix-up saw the entire Dansk Melodi Grand Prix 2016 album published on Spotify almost three weeks early — Scandinavian efficiency just can’t be beaten!

This year’s selection spans a variety of genres and boasts some interesting names. The early attention has focused on Anja Nissen. She won the third series of The Voice of Australia, and famously passed over “My Girls” — the Delta Goodrem penned song which was ultimately sung by Australia’s Bella Paige at Junior Eurovision 2015. Now she wants to represent the land of her parents with “Never Alone”. DMGP veteran Simone has also piqued our interest. She’s returning with “Heart Shaped Hole” after a two year absence. She reached the superfinal in 2010 and 2013. Could 2016 finally be her year?

You can listen to all ten Dansk Melodi Grand Prix 2016 entries below. Then vote in our poll. You can vote for as many contestants as you like, but you can only vote ONE time. Be sure to check the box next to every act you want to support before submitting your votes. Voting ends on Friday 12 February at 17:00 GMT—just ahead of the Final on 13 February. 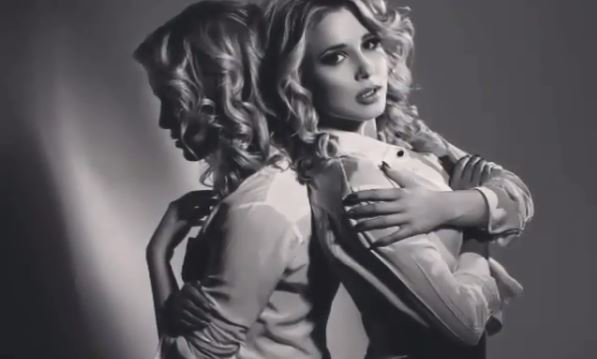 They are so over your lies: The Tolmachevy Sisters get emotional in “Serdce Moyo” it will be either Simone or Anja Nissen

I’m from Spain, I think that Heart Shaped Hole is a good song but it sounds like other entries already seen. The only song that it has atractted my attention has been Break It Good with this caribean vibes.

Been going over and over this list in the last week, it’s a fantastic bunch. Every song has grown on me. Heart Shaped Hole is still my favorite and still feels like a potential ESC winery. Interestingly, it has more than double the views of any other DMGP video, so I think we might know our winner for the NF at least. 10/10 I also really love To Stjerner (9.5), The Wrong Kind (9), Who Needs a Heart (8), Blue Horizon (8), and I’m down with Soldiers of Love (7.5), Breakaway (7), and Rays of Sunlight (7). Never Alone just… Read more »

Amiciness – Phoenix is definitely NOT copy of Chandelier…. Dont be a fool.

I realise I might be putting myself in the firing zone but I can’t stop listening to Simone’s “Heart Shaped Hole”. It’s like a weird combination of Adele’s “Hello” and Måns’s “Heroes” – allow me to explain: The build-up/quiet moments reminds me of “Heroes”, the song’s structure and big chorus/crescendo reminds me of “Hello”. Obv also similarities with Sia’s works. Goosebumps all over, but I guess as with “Hello” sooner or later the interest will fade.. Could it win the whole thing in Sweden? Well yes, I’ve heard worse winners, but is it really possible to sing it live like… Read more »

Sorry Simone. Someone already did a better reinterpretation of Sia’s Chandelier and that’s Molly Sanden’s Phoenix. 😀 Although it’s not my fave, I do see it winning, and it could potentially have great staging, starting with that “heart-shaped hole” imagery.

I honestly don’t get why Anja’s is getting love here. ???

Anja’s song is beyond generic and I’d be truly pissed if it won.

My favourites are Lighthouse X, Jessica and Sophia Nohr, all three songs I really enjoyed. Simone and Kristel’s songs are good too.

This would be followed by the just decent likes of Bracelet and David Jay, then the bottom three: Veronica, Anja and Muri & Mario.

For me Simone is a clear favorite if she sings it perfectly, but it seems like a hard song to get right live. We’ve seen people fall into this trap before!

If Anja wins I might lose faith in humanity, one of the worst songs I’ve ever heard.

Blue Horizon has an interesting chorus. The others range from pleasant to meh.

HOW COME NO ONE LIKES BREAKAWAY!
THIS SONG IS AMAZING!!!!!!!!

I hope we don’t already have the winner. And I hope we won’t have another Sweden-Denmark exchange game again.Heart Shaped Hole win definitely win the DMGP, though.

It’s Anja Nissen – Never Again for me….
Simone’s song is quite good, but nothing special actually… Im sorry :/

I want Simone to win. The song is quite good and her voice is beautiful. On the other hand Anja’s song is not something special.

I hope Muri & Mario pull out a surprise win, they’re my favourites. Anja is going to win unless she somehow blows it live, for sure.

I wouldn’t be surprised if Breakaway won; it reminds me of Crossroads by Satin Circus from last year’s UMK. I reckon Soldiers of Love and Never Alone would break through the semi finals too, not sure about Heart Shaped Hole though (if you’re going to borrow from Chandelier, it has to do something extraordinary and it’s just a bit pedestrian). Don’t think we’ll be off to Denmark again next year.

Has anyone noticed that the majority of favorite-to-win songs in the nation finals are rather alternative? I guess bubblegum pop has been forgotten? That’s great news.

It will be a fight between Simone and Anja for sure, but Simone is the one that can bring back the trophy to Copenhagen.
Don’t let us down now Denmark!!

simone’s song is just TOO good. reminds me of sia’s chandelier a lil bit.

Well this is certainly better than the usual lineup of Denmark’s songs.
David Jay and Kristal Listberg have the best songs in my opinion.

i think anja deserves a better song tbh, she has the voice- and victor & samir wannabes? lol jk

I found Anja’s really dull, but Simone’s is probably the song, out of all the NFs, that most feels like a winner in Stockholm.

For now “To Stjerner” or maybe “Soldiers of Love”, the other songs either sound all the same…

“Heart Shaped Hole” is light years ahead of the rest.
I do like “Blue Horizon”, “Who Needs A Heart” and “To Stjerner” as well.

But anything is better than anti-social media. A song has to be REALLY horrible for Denmark not to enter the final and get points from the other nordic countries lol

Personally I don’t like any of these but I think Never Alone would get the best result.

For me its between Simone, Jessica and Anja (in that order) but I think Denmark would go for Anja because Emellie de Forrest wrote the song and I’ll be really happy. I know people are saying Denmark won’t win in Stockholm but I actually think that they can actually challenge – it’s quite a strong bunch of songs this year and I only dislike 1 song (Blue Horizons)

David is so underrated. He’s a got a great summer hit right in front of y’all!

Anja’s song for sure! Has an “Only Teardrops” vibe, but much more catchy and upbeat. Simone sounds like a Rhianna wannabe. :/

I voted for Simone and Anja, but I prefer Simone for Stockholm.

Simone is the best.

Can you imagine Anja and Simone singing their songs on the Eurovision stage? They would be amazing. But I prefer Anja so I voted for her. 🙂

All songs are just great as always, but I have no idea who should win.

I feel as though ‘Breakaway’ could do VERY well at Eurovision!

Simone and Jay are good but not excellent.

The rest are crap.