Earlier this week the Wiwi Jury — our in-house panel of music unprofessionals — headed north for Melodi Grand Prix 2016, Norway’s selection for Eurovision. On the  last day before the final we reviewed Agnete with “Icebreaker”. Did she manage to break the ice or was her song just awks? Read on to discover what we thought…

William: Amazing production, fantastic rhythm, enticing sounds — and then the chorus hits, killing off all the fab that came before. It’s a jarring shift from upbeat and energetic to slow and limp. I just don’t get it. It’s like the Titanic — great ride until you hit that iceberg! I’m underwhelmed.

Chris: By far and away the clear winner in this selection. In fact, unless Laika springs a surprise, I’d question why NRK even bothered with MGP. I’m not a huge fan of the tempo change, but I expect that there’ll be some killer staging to distract from that. It’s giving me Margaret Berger vibes and to me, it holds itself up well in that comparison. Robyn: I’m totally thrown by the tempo change in the chorus. There the song is, sounding like a totally normal dance-pop love song, when suddenly it slows down. And while Agnete is warbling about being a (metaphorical) icebreaker, I’m thinking — does the slowed chorus represent her lover being stuck in ice? I’m not really in love with this song, but it’s a fun tune to unpack.

Edd: The verses promise an epic dance anthem, but are instead followed up by a slow R&B ballad – and this tempo switch ain’t pleasant for the ears. The first chorus is just as powerful as the last, meaning that by the end I still feel like I’m “stuck in frozen water.” The whole production lacks personality and – just like the North Sea – leaves me feeling cold. 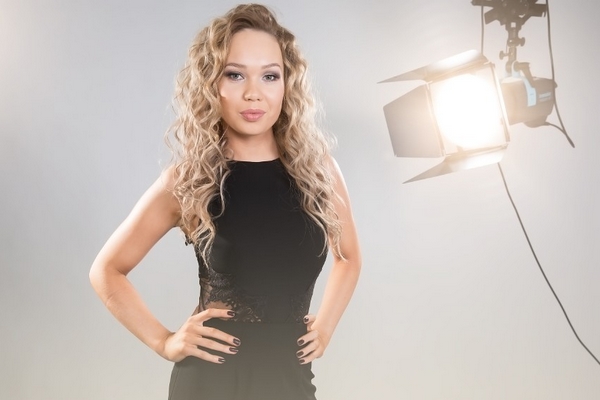 Josh: Everyone was harping on about how good “Icebreaker” was when the songs for Melodi Grand Prix were announced, but I fail to see the appeal in this. The beginning of the song sound like a dated trance song from 2004, and then the chorus catapults us into a modern-day ballad. It seems like there’s no clear direction for the song to go in, so the writers just crammed as many elements as possible into it.

Luis: I don’t get the tempo change. It’s like mixing two songs into one, and in this case it’s not well executed, because just when you’re preparing for a killer chorus, a Sia-esque amateurish chorus breaks in and a bit disappointment hits you on the inside. It’s not that the first part of the song is astounding, but at least it would have gained something with a full-dance number.

Steinunn: This is an interesting song. I don’t remember a song where the verses are way faster than the chorus, so it quite intrigues me. Plus this song wins this year’s “the most interesting and realistic metaphor” prize, without a doubt. It makes me believe she really is an icebreaker in the middle of the Barents Sea trying to save a stranded trawler. It’s a special song, makes me want to listen to more than once, so I’ve decided that I like it.

Zakaria: God, the tempo change is so sudden and very inappropriate. After the first change I got so distracted that I missed the rest of the song and had to listen to it again. It’s a pity because the song starts very well and builds perfectly until that tempo change. It’s like a roller coaster feeling.

Sami: Last year Norway was my favourite and they can easily be my favourite this year as well — by sending Agnete. This song is just something magical, special and I just don’t get bored of this. The tempo change in the chorus is just epic and the chorus itself shows how beautiful and powerful voice Agnete has. I also love the metaphor — it’s something unique and very suitable for Norway!

Deban: “Icebreaker” wields a mattock in both hands as it re-defines notions of Eurodance. Agnete’s vocal delivery, although lacking in grit, possesses a pop-soprano quality that sharpens this number. “Icebreaker” is interesting, and continues to keep the listener guessing. Nothing is lamer than predictable pop. It’s refreshing to have three minutes of suspense, and creativity packaged in a Eurovision entry.

In the Norwegian Wiwi Jury we have 25 jurors but only have room for 10 reviews. The remaining 10 scores are below! Wiwi Jury: Romania’s Jukebox with “Come On Everybody”

My favourite from Norway.

This would be a recovery of sorts after last year’s underwhelming effort.
There is not a standout in the Norwegian selection this year so this gets pushed up by default. It stands head and shoulders above the rest.

I completely agree with William’s review, with the exception maybe of the rating. @Steinunn: There are plenty of songs where the beat is arguably slower in the chorus. “Too Close” by Alex Clare, “Slow Down” by Selena Gomez (but not for the whole chorus), “I Knew You Were Trouble” by Taylor Swift. I guess the difference is that these songs are just using a halved tempo. For me the problem is not that the beat is slower. It’s that the rhythm changes completely and there is no connection whatsoever between the two rhythms, with no transition that would make these… Read more »

I hope Freddy kicks this out the door…not fond of the tempo change…it’s just all over…Go, Freddy! 😀

I should add that 9 of the MGP songs would be below a 5 for me, and I’m not even sure if Icebreaker is the worst.

I feel like a 0/10 is too harsh, so.. 1/10. the ‘good’ bits are generic plastic crap, the tempo change is not even saved by being a point of interest, the lyrics are questionable, the beat is lazy… and I think it will be very very hard to deliver it live.

Now this is interesting. This is what everything from the UK selection lacks this year – something inspirational. Okay, it’s a musical gimmick and it’s very funny, but because the song is about breaking the ice on frozen water, the sudden changes in tempo do fit with the song. I can’t wait to see how this is choreographed. I’m imagining a sheet of ice on stage and a woman with an axe breaking it on cue – feels like every winter day in Norway to me. 🙂