She’s a hot favourite to win not just the Polish national final, but Eurovision itself. But when Margaret gave the first live performance of her entry “Cool Me Down” on Polish television, fans were disappointed as Margaret struggled to deliver the energy and attitude of the studio version.

Margaret gave the live performance on the Polish show Swiat sie kreci, which has been featuring daily performances from the nine finalists of Krajowe Eliminacje 2016.

When Margaret took to the stage, her vocals did not sound strong, with the performance noticeably lacking the energy of the studio version. At times Margaret sounded flat, and the prerecorded backing vocals often dominated the performance.

So is it all over for Poland’s It Girl? Supporters are noting that a television studio isn’t necessarily the best setting for a live singing performance, and there were obviously some issues with the sound mix.

A fan’s video shot in the studio gives an idea of what the performance sounded like without the loud backing vocals — Margaret sounds better, but she still lacks the energy of the studio version.

Margaret is also reportedly getting over a cold, which may have affected the tone of her voice. There’s even a conspiracy theory speculating that her performance was sabotaged to ensure she didn’t win the national final.

But as fans are keen to point out, in the past Margaret has proven more than capable of delivering good live vocals, though she doesn’t normally perform songs with the intense energy of “Cool Me Down”.

Last week the popularity of “Cool Me Down” saw Poland overtake Russia as the bookies’ favourite to win Eurovision. While Poland is still in the top spot, it remains to be seen whether Margaret’s disappointing live performance will affect the odds.

We’ll soon see if Margaret can win Krajowe Eliminacje 2016 – the national final will be held next Saturday, March 5. Wiwibloggs will have full coverage.

What do you think of the live performance of “Cool Me Down”? Will the song ever sound good live? Share your thoughts below! UK: Joe and Jake win “Eurovision: You Decide” with “You’re Not Alone” 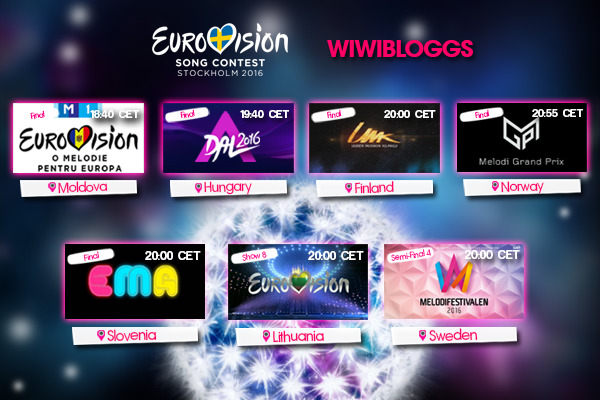 this is the most original entry ! good luck Poland. YOu could be on a winner here!

Adrian
Are U mentally ill? TVP don’t have to make preselection if TVP’d like to send to Stockholm another person.

Koko
And her voice’s is still disastrous. Have U ears? She is hopeless singer.

She can’t sing live. She is alwasy weak, when She have to sing live. Song is really good but She….

https://www.youtube.com/watch?v=OzK1vrTWGeQ better see it. The TV version was diffrent than this. I think that it was some kind of the “game” to send other artist to Sweden

This is a Singer and a SONG. https://www.youtube.com/watch?v=UbM05Aktm74

@fikri, if we’ll start to compare power of vocal then your Sergey will be at the bottom of the list. his range lacks roughly a half of man’s singer usual range. he’s hardworking and have energy to deliver some nice dance act to impress the audience, however his voice alone isn’t worth much.

lol look at that like-dislike ratio on that youtube video!! i think she sounds ok. poland is not my fav country tho so i don’t mind her having weak vocals and handing thr victory to sergey. <3

sounds OK for live performance on small stage with pre-recorded backs and probably it lacks good monitors in such tiny space? don’t rush with the conclusion yet.

she can sing only ballads. she is very poor at live performances. Only Edyta Górniak to Stockholm!

Come on guys, this is not that bad. There is huge room for improvement though. I want Poland to have a very good chance this year after last year’s disappointing entry.

I am sick and tired of seeing the same countries on top over and over again. It’s time to move back Russia and Sweden.

First Switzerland and now Poland with a great song but not the right singer.

Still can win!!
I belive

She was a sick

You know, Poland is a cold & calm country, you can’t go all tropical heatwave Rihanna-ish all of a sudden if it’s not in your character & way of life. This is like asking a south european country not to sing with passion.

I’m expecting creativity not weak mimicks of world hits. Also do not want mappings and all that stuff again. My winning vote will go to someone who creates something unseen, something NEW.

She seems very uncomfortable. It’s like she doesn’t believe in herself or the song.

She is sick, that’s why she sounds horrible.

Yeah that was disappointing, but how many acts have you seen done shows like this where they save their voice to the main event and end up sounding amazing?

Margaret gave overnight performance. Of course, she has to practice her voice but it was still great. I keep my fingers crossed for her 🙂 and vote for her too 🙂

Edya is going to eat her alive! haha

Although it’s tempting, let’s not make rash judgment about her live performance on that tv show. I mean this it’s too early to quickly say she won’t do good in the contest in that way. Let’s wait for her other live performances on any other tv shows, mini concerts and any other promos before/even during Eurovision night.

I don’t like this so g, so I don’t care of her live

There’s so much you can fix in a studio these days, basically you can take someone who can’t sing a single note in key and turn them into Mariah Carey. So you always have to wait for the live version before you weigh their chances.

After the hype about this girl, I already checked out one of her live performances on Youtube and I was far from impressed. Maybe she had a cold then as well 😉

I think the whole “its the TV studio’s fault” is BS and it’s really that the song does not suit Margaret…I’ve noticed that ever since “Cool Me Down” came out…it’s way different from the style of her previous releases that only came out months apart from “Cool Me Down” so how do you expect Margaret to nail the song on a live performance if it’s not really her style to sing like that in the first place? Even Taylor Swift took a span of two albums to change her musical style (she started after the Fearless era down through the… Read more »

All performances of the participants in this horrible studio
hear the other participants who perform in this studio, and then draw conclusions

Yeah Cool Me Down it’s a song in Rihanna’s style, but it’s better than anything Rihanna has released in the last few years. With a better singer Cool Me Down would be the perfect Eurovision winning song

Well. So you’re all relieved now – she won’t be a threat for your shouting divas anymore. Because that’s what you like, right? Mind you, for once there is a cool and modern song around, for once it’s not about boring ballads by screaming divas, and you’re just happy to discredit other options. Well. I still think “Cool me down” is a great song and it would give the song contest some fresh air. Fingers crossed for Margaret.

I don’t know any of the other songs in the Polish selection, but I hope this one won’t win. Yes, Margaret sounded bad, but that’ s not the problem – she can fix that, I presume. The problem is the lyrics – does she even say anything else than “cool me down”?! I would count how many time she repeats that, but I won’t! I would go insane if I have to listen to it one more time!

It’s fine, she’ll be alright. Although watching her live performance of heartbeat at a big show she did seem a bit lacklustre. Let’s hope for the best 🙂

Also, let’s remember Nina Zilli got pretty tired from an extensive touring schedule before Eurovision and she didn’t sound good leading up to her Eurovision performance. But she ended up sounding perfectly fine on stage (although she didn’t attempt the higher notes near the end of her song).

@never forget: It’s true that they had a major revamp of the song, but I am talking very specifically about Bellarosa’s singing. The point is that if he had sung in a manner similar to his national final performance, he would absolutely not have reached 12th place.

Mar made me laugh. You are so right!

OMG, like weren’t you the same writer that said that Nicky had an awesome frist perfomance.

And now you are telling me that she sucked? C’mon….

This was… bad. I hope this is because of her flu. Otherwise Somebody has to tell her that with that song that she has, she needs to try to melt the ice remaining in the polar cap. Fans need a projected voice, hot, we’re waiting for strenght, we need her live to transmit at least a little bit of what she gives in the studio version. I hope she wins anyways, because she’s gonna have long time to impruve, and i wante her to take a trip to the caribbean to melt her iciness.

@YoungsterJoey: it’s not used all the time. And remember Roberto Bellarosa’s excruciatingly bad national final performance where he had the flu? Well, he ended up finishing in the upper half of the results in Eurovision. It is perfectly fine to defend a singer who is sick.

Here we go again with she’s coming down with flu or whatever it is this time that made her fail to deliver. I’m sorry, that’s just so typical Carola when the moment approaches and you know you don’t live up to the expectations. As simple as that.

Hahahaha the shame. She cooled right down to bland.

Not my style of music at all but would still be interested to see it in Eurovision. Hope she can get over here sickness and deliver a great performance next time!

Well i hope she decides to act like she doesnt have vicadin shoved down her throat then the performance would be more enjoyable.

Disappointing? She’s in a tiny little studio and I don’t particularly find anything wrong with the vocals…

Funny how many potential Eurovision participants seem to get colds around the time of their national finals. I understand it’s winter over there, but maybe they should work on strengthening their vocals aswell as their inmune system.
She was indeed lacking some energy, but the studio and the sound mixing were pretty crap. She can probably do much better.

I can’t say that I’m exactly surprised at the performance… The song seemed to scream Cyprus 2012 to me -a song that was largely popular, especially among the young teen demographic, but fell short and flat when live. Some people say that this is because she was sick prior to singing, which is unfortunate, but I’d say it’s more or less Margaret’s ability to project that’s the problem here. In doing my research, I watched Margaret’s performance for her song “Heartbeat” (https://www.youtube.com/watch?v=gt7FP1QI1Wc) and “Thank you very much” (https://www.youtube.com/watch?v=LsiFYytRAz8) on The Voice of Poland… she’s got the same kind of low… Read more »

Tired of the “sick” “nervous” responses to moments singers fail to deliver. It’s not only you, others have too but it’s been overplayed to use those terms to defend someone.