Following the semi-final round, we now know the four finalists who will compete in the grand final of  “The Next Star for Eurovision 2016” . Yes, after months of auditions and weeks of televised showdowns, Israel’s Eurovision selection finally ends on Thursday March 3. Ahead of that it’s time to review the what went down over the weekend — and who has lived to see another day. For the semi final, each artist was asked to prepare a song that would represent his vision for Eurovision. To spice things up, each artist met Israel’s last Eurovision winner Dana International and her manager, Shay Kerem. They had to perform their song in front of her and listen to her honest opinion. And boy, she didn’t spare a word for them or for Eurovision 2012 winner Loreen, who she compared to a monkey.

The six semi finalists were divided into three duels — and the winner of each duel got a ticket to the final. The three losers then competed against each other for the remaining spot in the final. As in previous rounds, the first artist sang with the curtain up and set the benchmark with his or her score. The opponent in their duel sang behind the screen and it would only rise if they had outdone the earlier act. Ella Daniel was born in Azerbaijan and came to Israel when she was only two years old. She writes her own music and has her own unique style. Also quite unique was her chosen song – a Creole number named “Eh La Bas”.

Dana International’s opinion: “It’s a disguise… it’s got nothing to do with Israel “

Ella performed the song accompanied by her special band “Betty Bears” and made everyone smile. All four judges voted for her and she ended with a score of 80%.

Gil Hadash is a 20-year-old soldier who has had no contact with her parents for the past year and she has never watched Eurovision, not even after getting to the semi final.

Dana International’s opinion: “What are you doing here if you’re not into Eurovision? Go and discover yourself in places like “The Barby”.

(“The Barby” is a long established music venue for both young and established artists in Tel Aviv).

Gil chose to sing “Alive” and impressed the audience and the judges with her powerful, yet not too screechy singing. Three judges voted for her, but her total score was just a bit below Ella’s, at 76%, so she lost the duel. Hovi Star is not new to the Israeli audience as he took part in the 7th season of the TV talent show “Kokhav Nolad” (“A Star Is Born”), together with Mei Finegold (Israel’s representative for Eurovision 2014). He didn’t make it to the final, but finished in a very respectful 7th place. On that show Hovi met Dana International on a regular basis, as she was one of the judges, so he was happy to see her again and so was she.

Hovi sang his special version of “Papaoutai” and got three judges to vote for him, achieving a total score of 74%.

Kiara Duple is a drag queen and part of the group “Holy Wigs”, which really loves Eurovision and Kdam. They even took part as an interval act at Kdam 2013. In real life Kiara is Lior Cohen and he came without any makeup or wig to meet with Dana International — and she didn’t like that at all.

Dana International’s opinion: “Why are you separating Kiara from you? Are you afraid of what you are?”.

She chose to sing “Euphoria” and got a score of 65% with three judges voting for her, but it was not enough to overcome Hovi, so she lost the duel. Nofar Salman is a 17-year-old school girl who also works as a singing-waitress and gets pretty nice tips. Her voice is very unique, but she has a lot to work on.

Dana International’s opinion: “You must understand that a song is also delivered with facial expressions in close-ups, it’s not just singing”.

Nofar usually sings in Hebrew, but this time she went for an English song with some Mediterranean sounds. The song she picked was “Russian Roulette”. Her performance earned a quite high score of 86%, with all four judges voting for her, although some of them voted not for this performance but on her previous ones — a fact they shared with her.

“Velma” — the duo consisting of Matan Velner & Hen Elmakias — actually failed to qualify during the auditions phase last year, but amazed the judges on this season of the show.

The duo decided to sing their original song “Russian Roulette”, but failed to nail it this time, with just two judges voting for them and a total score of just 43%. They lost. The three losers then competed against each other for the last ticket to the grand final — the one with the highest score advanced:

You can watch the full episodes from this week here:
Episode 23, Episode 24.

The Grand Final: New information about the songs

The grand final will be broadcast live on Thursday, March 3, at 20:00 CET. You can watch it live on this link.

Click here and check out the speical promo video that was filmed in Stockholm with the four finalists singing “Heroes”.

The finalists were given the option to choose which song they would like to perform in the final.

Hovi Star and Nofar Salman both chose the song “Made of stars” (Each artist will perform the song in a different musical arrangement). Gil Hadash chose the song “Follow The Sun”. Ella Daniel selected “Somebody out there “.

As for now, those are the only details that have been revealed, but we will keep you updated during the week.

Who is your favourite so far? Who do you think would be the best choice for Israel at Eurovision 2016? 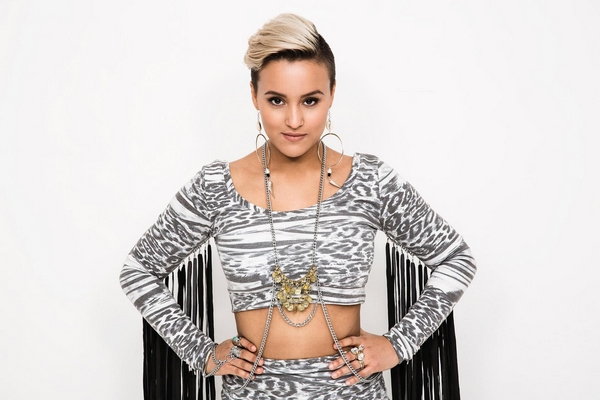 GIL HADAS great to take this good luck! From german

The songs will be revealed tomorrow on ‘Reshet Gimmel’ (Israeli music radio station) at 12:00 noon, just after the short hourly news updated.
You can hear the live broadcast here – http://www.iba.org.il/gimmel/ – by clicking the ‘play’ icon at the top left.

For as long as it’s not a Golden Girl tune blending styles and focusing on the annoying Turkish-Greek chorus I am fine with it …
What the hell is Dana International doing there with those comments? Providing entertainment? Controversy? What does she know about singing? She won a contest for all the buzz she created, what the hell does she think she understands about music?

I smell a rat with this version of how the final was conceived in the first place. Firstly, if anyone tells you there were more than 100 songs submitted, than they must be lying through their teeth! There was never a public call for songwriters and composers to begin with and then there’s the common knowledge of which composers and songwriters are on the production’s payroll and favoritism list and these usually include Doron Medalie, Doron Medalie’s proteges and Doron Medalie’s Famiglia. Secondly, are we really to believe that two anonymous pairs of songwriters were ‘miraculously’ chosen by the performers… Read more »

“Are you afraid of what you are?”
Well that’s one way to make someone feel terrible about themselves…. Lost all respect for Dana. 🙁

I really wish that the winner will be Nofar! Please Israel choose her for Stockholm!!!

I like the show that the israelis have come up with, it looks quite entertaining. Even though I don’t understand what Harel Skaat is doing there as a judge, we all remember his singing wasn’t exactly stellar in 2010.

Let’s hope they will send something good again 🙂

Rumor has it that all songs are fully in English, “Somebody out there” is an Adele-esque ballad, “Follow The Sun” is an upbeat pop-rock number, and “Made of Stars” is a ballad – Nofar’s version is ethnic-oriental and Hovi’s is some sort of rock/pop.

i’m very excited to listen to “made of stars”! the fact that two of the finalists selected that song and it was written by israeli eurovision 2015 songwriter make me reaaalllyy curious!