We’ve interviewed her, we’ve danced with her, we’ve said “Yay!” with her, and we can’t get enough of her. She is Barei, Spain’s Eurovision 2016 starlet.

But in our haze we forgot to share our interview with her from Eurovision in Concert earlier in April, when wiwiblogger William spent some time getting cray with the super sassy Spaniard.

Barei interview at Eurovision in Concert

Given her intense publicity schedule, it seems that Barei has been asked everything. Except what makes her say yay. The answer? A contract with Universal Records, of course.

The 34-year-old beauty told us that she gets along with all the other contestants, and judging from her love for Periscope, she’s been making new friends everywhere. Even waiting for a night flight to Moscow at Riga’s airport!

Meeting the contestants has its perks, and Barei is getting familiar with their ideas for staging. She’s not a huge fan of Belarus’ IVAN going naked with a wolf in Stockholm — welcome to the club!

We also get a bit more personal with her.

If you were wondering, our girl’s break-ups have not been the best, but she has now her Mr. Right, and we suppose her life is all about saying yay.

As for her live performance in Riga, she told us that not everything felt right. We tend to disagree, as she really elevated her song with that performance, bringing both energy and love. As if getting Europe’s crowds up wasn’t good enough. Look how she slayed later in the night in Amsterdam:

Barei at Eurovision in Concert 2016

Killing it despite the sound problems — is there anything more Spanish?

Do you have any new questions we can ask Barei at Eurovision? Do you think she slayed in all the promo events? Tell us below!

READ MORE ABOUT EUROVISION IN CONCERT 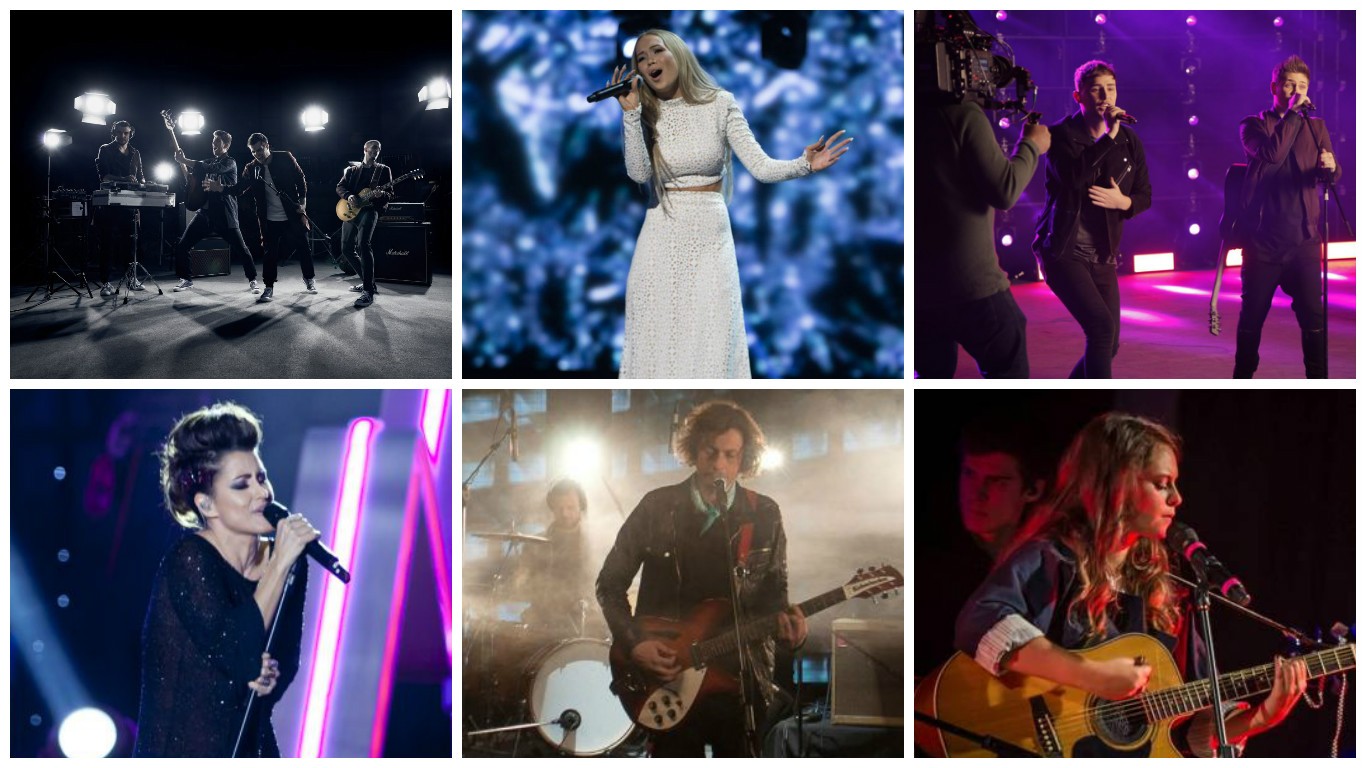 @EugeneESCUK In Spain we are all crying because Russia is not going to vote for us… ohh ohhhh what a drama oh wait, they never do that LOL, just gave one point to Edurne and 4 to Daniel Diges in 2010. That’s all since 2003. Definitely we are not going to sleep for some stupid points in a song contest, and Barei should look to other side when she’s watching a homophobic behaviour just for the competition, mmm ……. NO. I don’t like her song, but I’m proud of her. First than a singer, she is a good person. I… Read more »

Love the fact that she’s outspoken, not giving PR answers every time. This would be even more evident if english was her native tongue.

She’s not hidden in her own Eurovision bubble, instead she shared a lot of experiences with other participants, so commenting about others just comes as a natural thing to me. I appreciate this interaction, for the better of the road to Eurovision .

Every year we have 37-40 that act like role models, just caring about themselves, enough of them. It’s refreshing to listen some different answers for once.

@Karen
I Mention it all the tine u can help me if u want 🙂
thanks 🙂 love from israel
Hovi star i love u bitch!!

The mass audience on May 14 are going to be unaware of the Hovi Star in Moscow incident unless the commentators mention it. I’ve not seen it mention anywhere else apart from ESC fan sites.

@EugeneESCUK Among who? Wiwibloggs followers? OGAE members? Big deal. We all know it’s a fraction of the voters.

If you want acts to mind their own business don’t ask them about other people’s business.

And what she said about Hovi in Moscow was brave and praiseworthy.

how do you know that?

Barei has said several times that Ivan is one of her favourites persons in this festival, so stop with the random hate, he has only said that she dont think he can bring the wolfs and the nudity to the stage.

Why the hell is honesty so criminalized nowadays? You cannot accept anything that is not a Miss Universe saying “Peace and love, I’m only a dumb girl with no opinions or personality” or what?

Barei never said that she’s not a fan of Ivan, she’s always saying how much she likes him and the way that he impacts her with his energy. Of course, she doubts that he can bring to life the idea of being naked with wolfs at the semifinal, as all of us, but also said it’ll interesting. Do your research and you’ll find the truth. The guy who wrote this is completely lost, what a shame!

https://www.youtube.com/watch?v=N30czLzqQa4look look at this video please its a party in Israel with some of the contestant( also Sergei lazarov) the hosts of this party were Israeli drag queens end every one danced and enjoyed very much even Sergei danced near the drag queens.. i’m Asking you is this kind of party could hopped in Russia IN FRONT OF THE MEDIA??barei is brave to tell the story about Hovi!!

Looking forward to see her first rehearsals. You can figure out how some of these songs will be presented on stage by their music videos, but not all of them. This one got me curious.

Obviously she won’t be dancing in a tunnel. It’s going to be a whole different concept, methinks.

wiwibloggs- why you do not write about hovi star and his beautiful song? most of the time you only published articals about the Israeli singer amir from France represntor barei or sergi from Russia, please write about Israel and Serbia too , they are wonderful singers and have the best songs 🙂

Actually those who manipulate information are those who should be ashamed… BA Murdock’s journalism.

Barei – thanks for supporting hovi, kissess from israel and good luck to you on the Eurovision

What she said about Belarus it’s true. Ivan can’t throw animals on stage. Eurovision rules say that this is prohibited… I thought everybody knew it at this point.

Mind your own business missy

She didn’t throw any shade on Belarus, she just said she didn’t think Ivan is going to be allowed to have a real wolf on stage when she got asked by William. You guys should watch the interview before calling names.

I don’t know if it was her intention or not (especially the 6th one) but she has given a lot of life to this pre-contest.

Can’t wait for the next Barei chapter as it makes the waiting shorter.

in fact, Oli!!!!!! the fault of the Russian police, not the messenger.
We are crazy?? 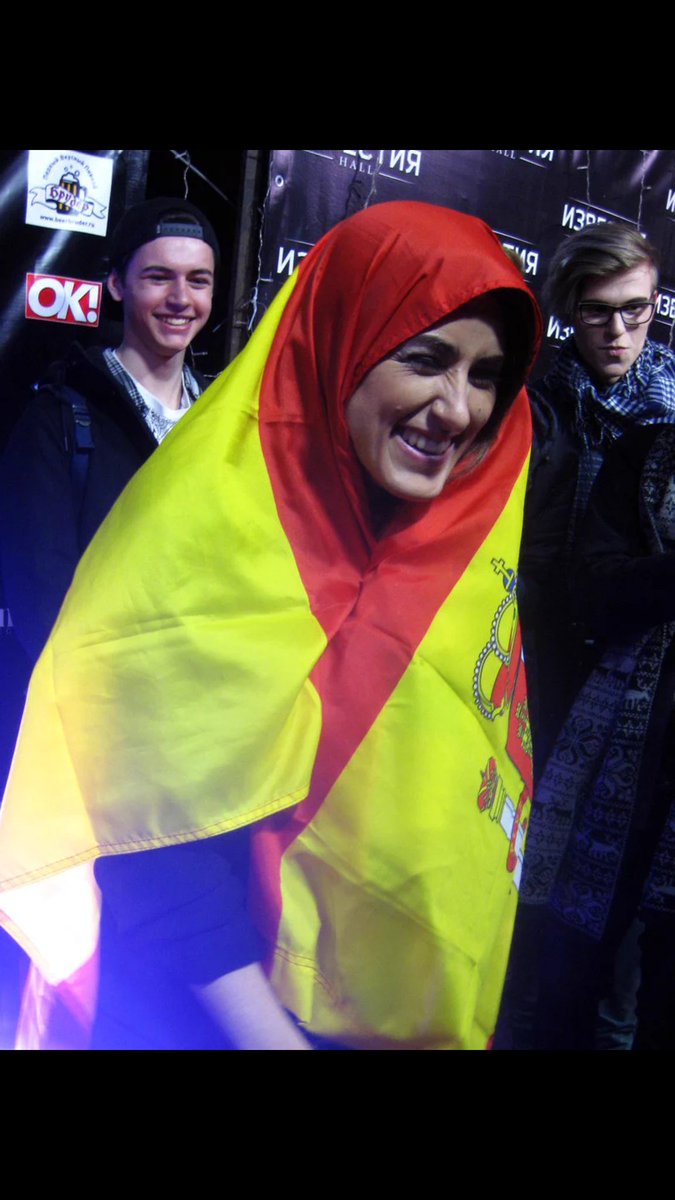 She’s chasing you in your deepest dreams. 😀

she needs to stop giving shade to other contestants… belarus, russia… who’s next? boo, just focus on your own performance. 🙂

She has the song, the own personality as an artist and charisma on stage. Just don’t disappoint with the staging and you’ll be right up there with the best.

Based on her personality alone she should do very well.. Great song too.. Top 10 definitely! A girl with a backbone and a brain.. My kind of girl 🙂

She’s really cool and she’s working very hard. I really hope she gets a decent position in the final, she deserves it.

PS: russians are super annoying with all the hate,they really need to stop.
it happened what it happened, they shouldn’t blame Barei, they should blame the policemen who harrased Hovi at the airport.

Can’t stand the woman. She’s such a snake.