On Wednesday she absolutely slayed her first live performance at Eurovision 2016.

But on Thursday Australia’s Dami Im oozed humility and girl-next-door realness as she chatted with wiwibloggs inside her hotel in Stockholm.

“I thought the stage was amazing,” she says. “In terms of my performance I still have some polishing to do.”

Her glorious staging is anything but random, and everything carries meaning including her interactive holograms, which she follows with her fingers during the number.

It’s about “how everyone in the world is now connected through social media — and so we’re more connected than ever but somehow we feel disconnected because of it.” She has thought this one through, y’all!

“I asked my stylist to make me look good every day so she packed me like three wardrobes full of clothes.”

And among those outfits was the stunning dress she wore during our interview. Perfectly cut and plunging deep, it showed off her glistening cleavage and tiny waist.

Dami also opens up about her personal history, recounting her earliest memories of Australia, where she moved when she was nine years old.

“It was very green and beautiful,” she says. “I thought it was like a permanent holiday.”

She may be unrecognisable from the timid girl who appeared on X Factor back in 2013, but Dami says little has changed about who she is.

“People around know I’m the same old Dami,” she says. “I get to wear better clothes I guess.”

Watch more of our videos on wiwi.tv 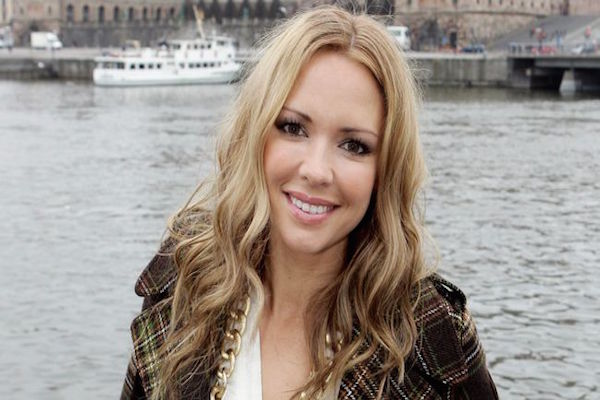 IHATE THIS SONG. she sing ” sounds of silence” on and on and on…
Im tired on this song

Since when did general consensus become “overrated”? If most people love it then I’m sorry but you’re the only one that feels against it ????

People must be super scared of Australia actually winning cos the whingeing about why Australia in it continues…. Does it really have a major impact on yr life…areyou not going to be able to continue living just cos Australia is in it!!????! No!?, didn’t think so!! It’s a brilliant song, she’s a brilliant artist.. A bit of good competition never hurt anyone!!!

It’s about “how everyone in the world is now connected through social media — and so we’re more connected than ever but somehow we feel disconnected because of it.”
^So the “facetime” is that apple’s app. Hmm, interesting…

I think I have read/heard the word “realness” more over the past week on Wiwibloggs than I have in the rest of my years on this Earth combined.

I do love it when William uses it though!

Dami did sound good during the rehearsal. I just wish her song was not so boring and involve so much shouting. =(

Why EBU allow to we have that in juries from Australia is one members who is wrote lyricks for Greece entry in 2009, and composer of that song is composer of song for Russia in 2016. I don t want to 2 years in row we have same situation with one members from Australia juries. http://wiwibloggs.com/2015/05/24/australia-jury-breaches-rules/96351/ We also have that one juries member from Germany was judge in Voice of Germany, in same year when Iveta from Armenia , compete at Voice of Germany. EBU must say to SBS from Australia and ARD from Germany to change 1 juries members… Read more »

Because so many forcing and lobbying for Australa by many media, EBU, eurovision sites in 2015 and now again in 2016 , I would love to see that this is last Eurovision, and from 2017 they are compete in Asia Pacifick song contest organize by SBS from Australia with help by EBU.

Love her my winner

Ww aew sooo bored with Dami Im! Even your 2 articles abour her will not change it!

Wiwi start again lobbying to much for Australia. After rehearsal from France today , I think that we read everyday to final many article and saw many video about Dami Im, Amir and maybe Jamala and Ira. Nina is out after first reheresals.
Australia song is overrated in bettind odds, Ogae club voting, eurovision tv sites on youtube…

It does make you wonder that if the meaning of the song and staging is “how everyone in the world is now connected through social media”, then surely the line out “FaceTime” MUST be referring to the Apple’s Video Messaging and how it creates a “disconnect”.

Love the song and staging! My NO1 but I do think they were telling a bit of a porkie about the FaceTime line referring to face to face chat.

Very down to earth