Gaia Cauchi did it. Destiny Chukunyere did it too. And now Malta wants to find a third star to win the Junior Eurovision Song Contest. Maltese Public Broadcasting Services Ltd (TVM) kicked off its quest yesterday by revealing the list of who will compete to represent the home nation at Junior Eurovision 2016 in Valletta this November.

As at last year’s national selection, a total of 20 finalists will perform a song of their own choice. As you can see in the list below, they’re going mainstream with acts singing Sia’s “Titanium” and Miley Cyrus’ “Wrecking Ball”, among other hits. A jury will account for 75% of the overall score, with televoters making up the the remaining 25%.

The final will take place next Saturday, July 16, at the Mediterranean Convention Center in Valletta. All you party people can buy your tickets here.

Malta sat out Junior Eurovision in 2011 and 2012 and the time away did them wonders. Since 2013 Malta has done amazingly well in the contest, securing two victories — in 2013 and 2015 — and placing fourth in 2014. Their two victories put them level with Georgia and Belarus, who also have two wins each. But Malta’s Destiny holds the record for the highest number of points ever received in the contest with 185.

The Wiwi Jury — our in-house panel of musical unprofessionals — was with her from the very start. Singing the praises of the rising star ahead of JESC, one juror wrote:

Young Destiny serves Aretha Franklin realness from the very first note. The song is well-paced, builds from verse to verse, and gives Destiny plenty of space to fill it with her enormous vocals and range. It hints at black spirituals from the American South and funky jives straight outta Motown. Yet this remains accessible to kids. They can’t take Destiny’s soul, and honey, they can’t take her voice either! My favourite song of the year. 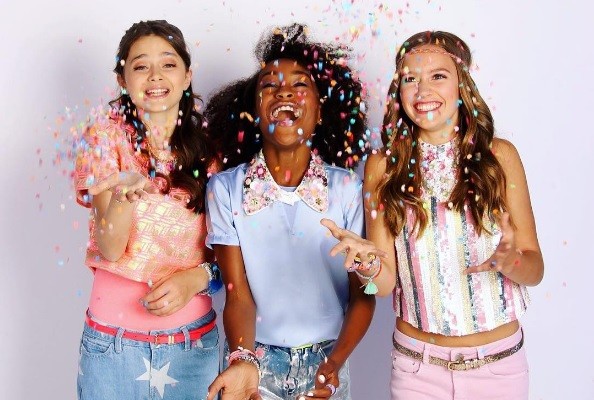 LISTEN: The Netherlands’ Kisses share a sneak peak of their JESC song “Kisses and Dancin'”

One of this year’s best contenders is a little star called Christina Magrin. She amazed all the jury and audience when competing and winning Romania’s Next Star. She deserves to represent Malta this year, hope the public and the judges will vote for you. Watch and listen to this great talent, good luck from Bucharest. http://youtu.be/BntVNZQszao

I will watch just for the rendition of the Fifth Element Diva Dance!

Veronica Rotin is back?

Frankly, some many other names from last year aren’t back.

Malta is the Sweden of Junior Eurovision, and Sweden was the UK of Junior Eurovision, and UK was the Luxembourg of Junior Eurovision and Luxembourg has never participated in JESC. As I said earlier, even though I loved past editions(especially the two first in Denmark and Norway), I will boycott to watch this contest because of the new rules, and I will probably not listen to the songs either. But I will follow this journey to see how far it goes. Therefore, I do not care that much about this selection. But I have heard a lot of fans wanting… Read more »