With hope in our hearts, we ask for the umpteenth time today: “When will we know the Eurovision 2017 host city?”

Now Vyacheslav Kyrylenko, Vice Prime Minister of Ukraine, has said publicly that he believes the result of the selection will be announced by September.

Speaking on the country’s Channel 5 news, he said:

“In order not to make a mistake, it is better to take a break for five to seven days and then reveal the winner. But Odessa, Dnipro, and Kiev are each worthy of hosting Eurovision — they’re megacities with good infrastructure. There are some advantages and disadvantages [to each of them].”

“The situation isn’t critical. The city will be selected. I think it is going to happen by September.”

Given recent trends, it’s not worth speaking with 100% confidence about this, as you may wind up disappointed…yet again.

As you’ll recall, the Eurovision Organising Committee originally planned to announce the results of the competition on July 27, but postponed the results indefinitely (and repeatedly) for further evaluation of the applicant cities.

Will Ukraine fulfil its promise? Do you think something is rotten in the state of Ukraine (as one MP has today suggested)? Or are you one of those who legit thinks Eurovision will end up in a different country? Let us know what you’re thinking in the comments box below. 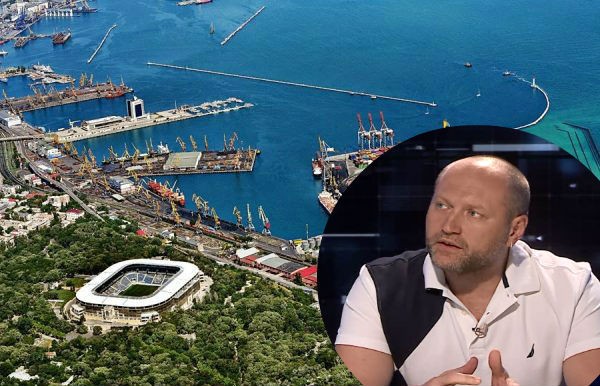 No thanks! 6 times Eurovision winners chose not to host

Blurred deadline is a final negative mark that just proves that unprepared organisers shouldn’t make an open contest and tie down potential visitors.

Which September is he talking about?
All jokes aside, it will be all good in the end. But I personally think it’d be better for them not to promise anything anymore and wait until they are REALLY ready.

Two things I think is going on with Ukraine’s hosting…

1. They already have the city in mind but the other two cities (one of them is most likely Dnipro) are still pushing the ESC committee to change their minds, or

Ukraine as a country is an utter joke

* correction to my post; until late August not last August

@Alexander Totally agree. If the country doesn’t announce till September / October that’s fine if that was the plan all along. When you have mps and mayor’s expressing concerns and saying they will have to pull their bid , this shows Ukraine need more time to prepare the venues then Germany and Dnipro mayor has specifically stated they are running out of time, while numerous people have noted problems with infrastructure. This continual cancellation and apparent making it up as they go along approach which is frustrating the mayors as well as us is why people are concerned. Its a… Read more »

Can these people make a decision and not humiliate themselves and their country in the process?

@Robyn Gallagher
With all due respect, one can’t compare Germany to Ukraine on this one. I’m not going to pretend I remember all the commotion before ESC ’11 but I highly doubt that after Germany had won the whole thing, the German minister of finance said they had no money, the minister of culture said they had no venue and then they postponed the host city announcement… like what, 3 times now?

I don’t think the moon is a country 😀

Yeah the first host announced 10 days later, but it’s much more professional than the 2nd example and not as infuriating or frustrating.

@Fred – your reading comprehension skills are very lacking just as much as your lousy manners. Take your pills and a deep breath before you get all red and hyperventilated, Flintstone!

@Erin
It is eurovision not olympics . What plane traffic are you talking about? How many people do you think will come- as dnipro/odessa would be incapable- ?any city can handle it in Ukraine. Dont come up with nonsense theories.

And fans were still able to book flights, hotels, get time off work, etc.

And it went on to be one of the best staged contests in recent years.

It’s going to be ok.

There’s an easier way to solve this problem, if logistics doesn’t get too much in the way: Hold one semi in one city, the other semi in the other city, and the Grand Final in the third city…

…Yeah, I know; someone will say that they’ll have to either build 3 of the same graphic display for the stage, or come up with a means to build, take down and move the stage from city to city without incurring any damage to the system, the microchips or the displays themselves, especially if they don’t have one or two backups.

Ukraine is really annoying me today. I believe it will be a good contest with help and hopefully odessa bht ANNOUNCE IT ALREADY

In practical terms, both Odessa and Dniepro can’t possibly host the ESC because there are NO direct flights to these cities from major European hubs! At least 30 out of the 40 something participating countries don’t offer neither charter or traditional airline routes to those cities! and then there’s the issue with their respective airports which offer minimal facilities to accommodate a sudden peak in passenger traffic. Their services are basic and incompatible with modern travel experience. This leaves Kiev as the only sane option as its airport is well connected with other major European airports and offers fast access… Read more »

First reaction: whaaaaaat??
But then I realized September is next week lol

Everyone is stressing, but it will be an amazing show. Ukraine really knows how to organize such an event, so don’t panic so much.

So, Ukraine is going to host the show, and it wouldn’t be better if another country would host the show. There is no reason for panic. The host city will be announced somewhere in September.

@Channel Actually there is often a difference in flight costs in six weeks. We are not being asked to wait 10 days..in total it will be a delay of five weeks since the original date they suggested. Also , the mayors themselves have expressed concerns which is what is fueling the drama. If NTU had said at the start it would be September and hadn’t kept giving dates then cancelling and causing mayors and mps to get upset it wouldn’t have been an issue. The fact they organized a conference for today and then cancelled it 20 minutes before is… Read more »

I feel like this is not gonna happen… wonder why

@announcethecity(!)
What will change in your life when they’d announce it?

Theres alot of ‘I believe, shoulds’ etc… That he’s saying here. Ukraine, tell us:
The host city or selection date.
Thats all.
No shoulds, woulds or probablys. Just set it in stone and announce it! Theres people waiting to book flights and sort cash to pay for it all. So Ukraine, for the die-hard fans, just announce the city!

Waiting for 10 more days wont kill anybody or change your flight plans/ costs.
Ukraine has done this contest before with success and in those conditions i cant see a reason to worry for. Leave your grouchiness and impatience behind. Everything is gonna be alright. I am sick of seeing complainant comments under every post.

Im actually bored with it… This event is somthing we all look forward to every year…. People have flights to book hotels to book and most importantly get time off work… Living in Glasgow (scotland) getting to keiv is hard enough but the other 2 cities will require 3 or possibly 4 flights this all needs planned and paid for….
Its the screctness of it all that annoys me the most….

I don’t think that it will be hosted in another country. I believe EBU have already transferred fund for the competition to the Ukraine Government. However the constant delays in announcing the cities and official dates is concerning. I believe that it will have a negative effect in the behind the scenes running of Eurovision.
(Although, if there is another postponement – I feel that Ukraine shouldn’t host due to all the troubles. Maybe co-host with another country)

it would be interesting to know what is real problem. in any case it would be better to change the country. (Sweden, Germany, Austria, the moon)