They may be faded queens of Melfest past, but After Dark’s Christer Lindarw and Anna Book still know how to light up the Swedish tabloids. Their latest foray with the press stems from a seemingly innocuous television interview on Saturday morning.

Christer Lindarw — the man behind After Dark — appeared on TV4’s Nyhetsmorgon to promote his upcoming autobiography. The occasional drag queen reflected on a life in showbiz, including his rivalry with the late Lasse Flinckman, a former member of After Dark. And herein lies the controversy, with Lindarw telling the show hosts that Flinckman would draw the biggest cheers and applause for simply walking on stage like “a fat little Anna Book”. Cue a social media storm and a red-top frenzy.

A “shocked” Anna Book responded to Expressen. The Melodifestivalen veteran is not impressed, branding the comments ugly and rude. She claims to have always enjoyed Flinckman’s impressions of her, but is dismayed at Lindarws choice of words.

I think it’s rude… not even the children in the sandbox are this mean to each other… I do not think it’s okay that he’s talking about me that way. I have been overweight due to illness and now I have lost 60 kg.

Anna is now looking for an apology from the 63 year old, but only if it comes from the heart. Otherwise it’s “a waste of time”. The pair have yet to reconcile, at least not publicly.

Both singers are old hands when it comes to Sweden’s Eurovision selection. Lindarw has entered Melfest three times as part of After Dark, finishing third on his 2004 debut. However, not even a lyrical reference to 2009’s biggest popstar — “Lady Gagalicious” — could save his 2016 entry “Kom ut som en stjärna”. It finished last in the third semi-final.

Anna Book began her Melefest career in 1986, coming fifth. Alas, her fourth attempt in 2016 was dogged with controversy after it emerged that “Himmel för två” had a previous life in Moldova’s 2014 selection. Then called “Taking Care Of A Broken Heart”, the Felicia Dunaf sung song failed to make it to the televised stages of O melodie pentru Europa. Even so, Anna was disqualified. However, every cloud has a silver lining, with Anna snagging one of her biggest hits in years.

What do y’all think of the fuss? Was After Dark wrong to say what he said? Is Anna Book overreacting? Could this feud trump Carola’s battle with the glass table? Let us know in the comments below. 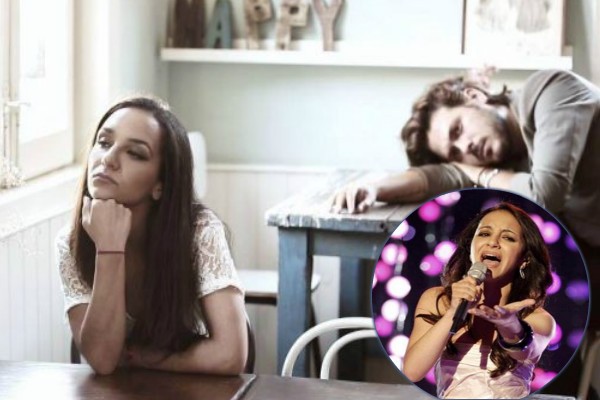 Such behaviour comes as no surprise….from a drag act! Nuff said….

@Charles I agree, let’s hope we have heard the last schlager ever representing Sweden. Anna Book’s song was almost as bad as the After Dark song this year.

I seriously don’t care that swedish schlager acts are bs each other God knows why .. the main and only important thing is that they don’t win ever again MF 🙂 Tack!

i dont care about the schlager drama but another thing comes to my mind: why anna book was disqualified while many songs have been PUBLICLY perfomed (hello emmelie de forest with never alone, jamala) and they were NOT disqualified. Thats not quite fair…

I can’t stand drag acts by the way

Flinkman was dressed up like Anna Book in a After dark show long time ago. There is nothing to be upset about.

Meh. Bad wording but, for good “sportsmanship”, the transgendered one should apologize to the overweight one.

In Lindraws’ defence, he didnt actually say she was fat, quote: ‘LIKE a fat little…’. Id probably have the same reaction as Book to begin with, but then tone it down a little. I agree with Jonas, no malociois intent, just a poor choice of wording.

Let’s give him the benefit of the doubt. There was no malicious intent, just a poor choice of words. A non-scandal.