While 2016 UMK runner-up Saara Aalto is enjoying life as the queen of the UK X Factor, back in her home country of Finland details have been announced for the 2017 edition of national final Uuden Musiikin Kilpailu (UMK).

The grand final has been confirmed for Saturday 28 January, and will be held at Metro Arena, just outside of Helsinki.

But the big change for 2017 is the news that UMK will no longer use semi-finals. The ten acts competing in the grand final will be the extent of the UMK entries for 2017.

Overall, it means we’ll see six fewer entries than in previous years, but with one extra act in the final. In the past two years, UMK has used three semi-finals of six acts each, with three songs from each semi progressing to the nine-act grand final.

YLE will reveal the selected finalists on 23 November — that’s in little over than 14 days, 13 hours, 27 minutes and 23 seconds, according to the UMK countdown clock!

UMK 2017 will also include an international jury to help select the winner. In past years, UMK has used a combination of televote and juries made up of various professional and cultural groups, including taxi drivers, YouTubers and asphalt constructors.

Finland’s best result at Eurovision was a decade ago, when Lordi won with “Hard Rock Hallelujah”. In recent years Finland hasn’t done as well, failing to qualify for the grand final in the past two years.

YLE will hope that the revamped format of UMK can get Finland back in the Eurovision final.

What do you think? Is Finland right to not use semi-finals at UMK 2017? Have your say below! 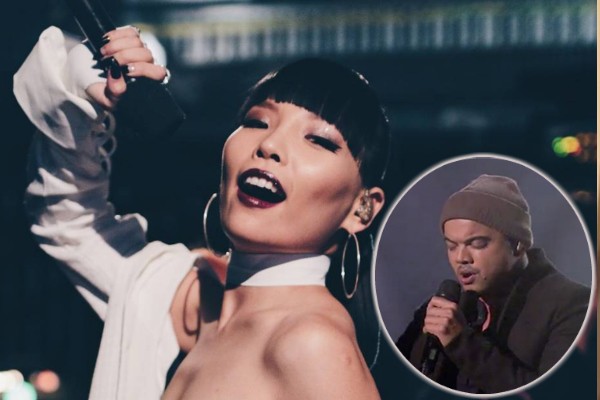 Oops I didn’t notice that mention about international juries. I don’t know where they got that information though, I haven’t seen official info about it yet.

Fpm what source is this? I can’t find anything from yle/umk site so is there an article or what?

It is quite good to get rid of the whole ‘Finnish society’ juries. I mean, taxi drivers and asphalt constructors? Whatever job would they have used next?

OMG! IM SO APPY! THIS IS HOW YOU DO IT! I actually sent a long feedback to YLE in the summer complaining about everything possible about Finland in ESC, and I suggested the international juries!!

Finland always have really good entires but somehow ends up picking the worst out of all. Last good entry was Softengne.

The fact Lordi was a decade ago is insane, I kept thinking that was like 5 years ago lol

Compared to the last two years, everything is progress really.
Finland has been my last place in my top for the past two years, let’s get them back to the final!