Take us to Portugal, huntie! Renewal and rebirth — Festival da Canção is back as the Portuguese national selection for Eurovision. Sixteen songs, two semi-finals and one grand final will help RTP celebrate its 60th anniversary while choosing a song for Kyiv. But there’s even bigger news — songs can be in any language.

We prayed to the Eurovision gods and they answered. After what felt like a lifetime, 2017 marks a step in the right direction for Portugal. Language restrictions no more! Festival da Canção can now have songs in English or any other language.

It’s a decision that paid off for Israel. After years of entering songs in Hebrew and failing to qualify for four years straight, in 2015 Israel switched to English songs. With entries that still have an unmistakable Israeli sound, Israel has transformed into a successful country at Eurovision.

Sixteen composers were invited by the Portuguese state broadcaster to write and produce the 16 songs in the competition — eight for each semi-final on the 19th and 26th of February. The grand final will take place on the 5th of March.

“We had to stop to think and make this new moment a celebration of pop music. RTP contacted the best composers of the moment, going from a rock register, to pop and also fado,” said Nuno Artur Silva, RTP’s Board Administration member.

The composers for this years edition of “Festival da Canção” have full artistic freedom to create the songs — from genre, to lyrics, production and language — and above all, choose the singer. The artists will be presented in a press conference in January. And make no mistake: wiwibloggs will be there!

However the composers for 2017 still need to bring their A-game — RTP has no plans to artistically change the songs for Eurovision. #norevamps

The 50/50 voting system is back in different terms for semi-finals and the grand final. A single jury and the public televote will decide which songs advance to the final. In case of a tie, the professional jury will decide which ones advance.

RTP’s content sub-director added that, “Eurovision is a natural consequence of Festival da Canção. We already saw winning songs with a so-called “Eurovision formula” and ones that were not like that. Our main goal is to produce a good show, choose a good song, one that can dignify us without having to follow a specific formula to win the European contest.”

We are so excited about all the changes. Portugal is (finally) back on track. What do you think of this changes? Are you excited for Festival da Canção 2017? Tell us below! 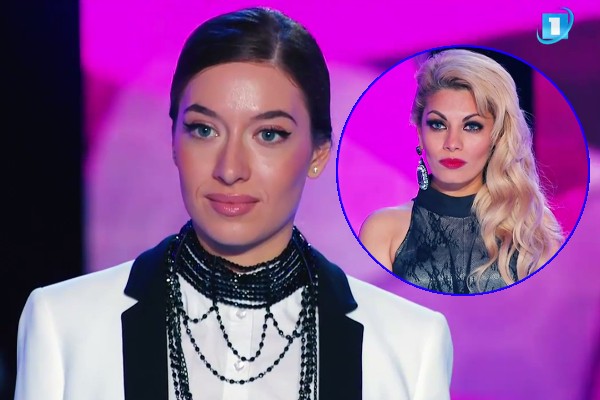 Depi Evratesil: Hasmik and Lilit crash out of Round 4 ahead of Armenia’s semi-finals @Polegend Godgarina: You do know or at least you must know that Catarina has more relevant things to do then being your own personal Madonna or Lady Gaga or whatever pop bs diva you’re into … She has a life of her own and other music to be focused on that recycled versions of the same crap. You have to find another diva to give all the gay anthems you so desperately want … and good luck with that.

People focus on everything … either the performers and their stardom or level of fame and popularity OR in this case … the language issue … there is clearly a sense of relief that now in Portugal it will be able to sing in English … and no other language than English. Let’s be honest no one is going to waste time singing in French or Spanish or just mixing those languages all in one … that only happened once … in 1980 and Portugal reached 7th place … in a period Eurovision was still straight and married to the… Read more »

The language is not the problem, but the songs.

Although it’s nice to see they want to change things, if they don’t bring up to date stuff, this decision will mean nothing.

One can say that it’s important in ESC to appeal to the masses…BUT also to be honest and genuine with what you do musically 🙂 So I love there are lots of indie acts. Might be a great NF! Often the best ESC-songs are the more daring and uncommerical ones….Like Georgia this year

The problem with Spain wasn’t the language, it was the performance.
And for those who expect a pop invasion to threaten Sweden think again. All of the writers are known for indie stuff. Meaning that it won’t appeal to a broad audience. And in ESC it’s all about appealing to the masses. The more mainstream the more success you will have.
That’s the trick. Portugal has done alright but hasn’t figured out that part yet.

Lots of indie in their NF? Sounds very promissing. And I am delighted to see the song writers of great, credible and popular rockbands as The Gift and GNR up there.

I definately prefer Portugal to Spain in recent ESC! OK – some boring, old-fashioned ballads (2008, 10, 12). But they sound very “honest” and really to their own style with their songs….Unlike the cheap, dull massproduced Swedish musical fastfood that Spain often has entered recently….apart from 2013 and 2016

The language wasn’t the problem, it was the old-fashioned songs.

I’d rather Portugal opts for a modern contemporary song written and sung in their vernacular rather going the safe route of Anglicizing for the sake of it.

Or like as someone already mentioned, go multilingual. The lyrics has to make sense though in order to make it work.

I’d rather have a modern Portuguese song than a dated English one. Although I suspect after the success of 1944, ILWAC and j’ai cherche that a lot of multilingual songs will compete, and very few completely non English ones.

Just as long as it’s a very good song. Can’t just rely on open language and think you can get somewhere (look at Spain). Quality should be over what language the song is.

For anyone expecting a big Pop invasion in the style of Sweden please tamper your expectations. Not a single of these composers I would classify as mainstream pop or anything that you would hear on BBC1. In fact while it’s nice to hear they are opening up the language rule, only about four of these composers actually regularly compose in English. This group of composers are also very indie in nature. This might make Festival more Eesti Laul rather than Melodifestivalen. With that said, you might have a very quirky entry from Portugal this year but not exactly some broadly… Read more »

and for the record nelly furtado speaks fluent ish portuguese so she would have already sung for portugal if she wanted to by now >:(

So, now that RTP has scrapped the rule, this means that performers overseas can participate…just as long as they’re of Portuguese heritage, for example the United States’ Katy Perry (real name: Kathryn Elizabeth Hudson) and Canada’s Nelly Furtado! 😀

Let me just come back to say: #Justice4Suzy. The good sis was ROBBED.

@Martin: Me too. But it doesn’t have to mean anything. If Catarina is going to be in the line up I’m going to cry tears of joy. #JusticeForMeaCulpa

Stop comparing Portugal with Spain about the language, these composers are different of the past composers of Festival da Canção, they usually have english songs, and it doesn’t make sense if RTP force them singing/writting in portuguese.

This is a good step, but not enough. They should try to find a better way for choosing the song.

Yes, exactly, we have seen how successful the switch to english language was in the past, like in the case of Spain! Oh wait…. they weren’t so successful! But WHY??? They sung in english? Isn’t that the magic formula of success according to this article? I’m confused…. 😀

One of my perpetual favorite ESC underdogs. Portugal will always be a good cultural ambassador at Eurovision – no matter what language they use.

I feel with Portugal, they deserves to get a good place and finally win soon! They have waited since 1964.

Yes! A step in the right direction for RTP!!

Come on Katy Perry (Catarina Pereira), this is your chance! I don’t like the Portuguese language at all but Canta por mim is an ANTHEM.

Thank God there’s no language rule, RTP seemed to be stuck in the past. Good news !

I think Portugal had great entries in the period 1966-1992. At least most of them. Lots of great modern pop songs, and some wonderful ballads – which deservd much more! But recently, thei have been quite dull and dated…2008, 10, 12…. Still – I think the country deserves kudos for staying “true to themselves”. You ccould never expect a banal Swedish penned schlager from Portugal. or a drag act. Even when they are “boring”, they go for something that has quality – and Portuguese genuinity! I think a problem with them recently, have been the lack of ability of thinking… Read more »

Alrighty… make room for Shawn Mendes, Nelly Furtado, Auli’i Cravahlo, and David Carreira. Portugal is in it to win it!!!

I want Catarina Pereira though… too bad her buddy didn’t get called on. 🙁