Earlier in the year Austrian broadcaster ORF confirmed they would select their act for Kyiv using internal selection. Now their selection has been confirmed. 24-year-old newcomer Nathan Trent will make the journey to Kyiv in May. And like Austria’s most recent winner Conchita Wurst, Nathan has a beard.

Taking a break from using a national final, ORF used internal selection, and called on the expert advice of musician Eberhard Forcher and rock legend (and father of Zoë) Christof Straub.

The team looked for new talent within Austria’s music scene. Nathan was asked to enter a song, the team liked what they heard, and made him Austria’s representative for Kyiv.

Nathan will write his own song for Eurovision. The entry will be revealed in February 2017.

Who is Nathan Trent?

Nathan is a singer-songwriter in the genres of R&B and pop. He has an Austrian father and Italian mother and so speaks both German and Italian. Nathan started learning the violin when he was 3 years old, and grew up immersed in music and theatre.

In 2003, he competed in the Austrian children’s talent show Kiddy Contest, where he placed ninth with his ode to football, “Fußball”.

In 2011, he made it to the final 12 of the German X Factor as part of the duo Boys II Hot. They were the first act to be eliminated in the live shows.

Nathan has been writing songs since he was 11 years old, but his biography notes that he has only recently taken his songwriting “to the next level”.

Earlier in the year, Nathan released his single “Like It Is”. It has a contemporary fresh pop sound, and shows off Nathan’s R&B vocals and songwriting skills.

And if Nathan’s name looks familiar, he is one of the 33 acts recently shortlisted for Germany’s Unser Song 2017. It looks like that list is now down to 32!

After having poor results at Eurovision, Austria made a spectacular comeback in 2014 when the bearded diva Conchita Wurst won with “Rise Like a Phoenix”. In 2015, The Makemakes did the complete opposite, scoring the dreaded nil points with “I’m Yours”. In Stockholm, Zoë made good with the delightful “Loin d’ici”.

What do you think? Is Nathan Trent a good choice for Austria? Will he be the second bearded Austrian to win Eurovision? Tell us what you think below! 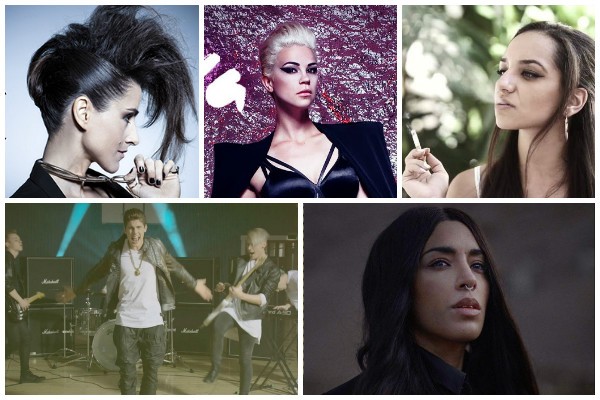 I can forgive you the “realness”-realness, but only you. Happy xoxoxomas!

@ Robyn, 2014 was also the second reason. ORF was about to withdraw from the ESC after their debacle in Malmö. It was Conchita’s management who approached Kathi Zechner and bid for the nomination of her talent. The costs were mostly covered by the management. ORF was only involved in the promotion.

Back in the main stream, where only the dead fish thrive. Well done, ORF! Conchita and Zoe were a pleasant break from the old routine, why would ORF voluntarily give up on that? Nathan Trent sounds like an alias of an actor in the adult xxx industry (“Boys II hot”) and he comes across as arrogant bro desperate for fame. “Like it is” is so meh. Contemporary songs for Eurovision have to meet the “If I were sorry”/”If love was a crime”-standard, which it fails badly. Only Russia and Azerbaijan get away with mediocricy. At least there is hope his… Read more »

@Polegend: Too late, we don’t have anymore any good candidate. Margaret said she’s not trying for Eurovision again.

Amazing choice. At least this looks and sounds promising.

Hmm, a very contrived, boring anglicized stage name…hopefully the song won’t be, but not holding my breath! Bring back Conchita or Zoe! 😀

Zoë was ROBBED by the juries who only seem to vote for songs with English lyrics. The poor sis Austria is going to be bitter and send something more formulatic this time, bookmark me.

I had no idea they went with an internal selection this time. I thought they’d surely hold another contest, given how well Zoë did with “Loin d’Ici” (13th).

Well, good luck Austria! Nice to see a redhead guy in ESC. Interestingly, he’s from Austria and not from Ireland 🙂 It all depends on the song, though.

Eh. I was expecting Natália Kelly. :/

I think new rules from EBU from 2 or 3 years ago, don t allow to one singer in same year sing for 2 or more countries.

his resume is kinda unimpressive but at least he’s cute.

i’m totally down for the idea of one artist representing two countries. is that what he’s trying to do?

Not sure if this type of music works at ESC or indeed outside of it. Slick polished R’nB with dance moves isn’t exactly that big of a deal any-more, anywhere.
Let’s wait for a song until judgement.

Still I am sure he will do well, for Austrian standards!

wait, so this guy applied to both selection processes? i’m happy for austria but this is another national final gone wrong for germany then :/

Nathan’s a cool choice. I’m hoping for an up-tempo song so we can see his dance moves too. 🙂
The R&B genre could be a bit risky for the Eurovision audience. But my advice is to go with an up-tempo song, otherwise it risks being another “Autumn Leaves.” Best of luck to Nathan. x

Ah so many acts revealed, can’t wait until we get songs too! V difficult to say their likely outcome without that.

Usually tthey have good NFs, but pick an unitenresting song (apart from 2012). maybe good for them that they make an internal choice. Not that I liked their song / ac much last time they did though….!!! (in 2014…..eeek!). I hope ome something a bit more “alternative”. He seems more like a mainstream pop guy though. Can also be nice, let’s hear the song first….

We have a potential frobt-runner here. Good for you Austria!

I think he is one to do well. Austria is certainly not messing this year!