They were the last act to take Finland to the Eurovision final. Now, almost three years after their UMK 2014 victory, Softengine have released the music video for their latest single “She Is My Messiah”.

If it ain’t broke, don’t fix it — it’s a formula that’s served Softengine well ever since they first burst onto our radar with “Something Better”.

And for the most part, “She Is My Messiah” sticks rigidly to the band’s template. Ticks can be placed in the boxes marked angst, love, guitars and shouty chorus.

But we’re not complaining… at least not too much.

Lyrically, the group are as adventurous as ever. “She is my Messiah, her body could replace every drug” Topi sings in his trademark raspy vocals. He’s desperate. His life is spiralling and there’s only one woman who can save him.

And he won’t settle for just anyone, “I won’t fall in love with those one night stands, go dig your gold from another wannabe”.

This is effectively a sequel to “Free Rider”. Then, they wanted to put a life of debauchery behind them. Now, they’re seeking the person who can help them succeed in doing so, “I’ve been running, hiding, overthinking, getting wasted, baby save me”.

It’s just a pity that the track possesses an air of sameness… if you play a selection of Softengine songs in a row, they all tend to blend into one another. A little more of the sonic experimentation we last heard on “Big Fat Bass Drums” wouldn’t go amiss.

Meanwhile, the music video takes the form of a montage of the band’s shenanigans on tour. While it’s somewhat fun to watch the lads larking about in the snow and to see Topi playing tricks on a cleaner, the video is lazy. Just like when Taylor Swift used the same concept. Or when Rihanna did. Or any other major popstar that you can think of.

Softengine “She Is My Messiah” official music video

“She Is My Messiah” is the second cut from Softengine’s upcoming EP, and follows on from last August’s “Free Rider”.

Speaking to Soundi, the group shared some details about the as yet unnamed record. It will be their third collection of songs after the 2014 album We Created The World and 2015’s From Earth, From Ashes, From Dust EP.

Finland’s best result at Eurovision was a decade ago, when Lordi won with “Hard Rock Hallelujah”. Since then, the Nordic nation hasn’t fared so well, with only Softengine coming close to the top ten.

Their rock anthem “Something Better” finished 11th in 2014, the last time the country qualified for the final.

YLE will hope that the revamped UMK 2017 format can get them back on track for Kyiv.

The Krista Siegfrids hosted show will be held this Saturday, 28 January. In a change from recent years, the selection will only consist of one grand final with ten acts.

In contrast, the 2015 and 2016 editions had three six-act semi-finals, with three songs from each semi progressing to a nine-act final. 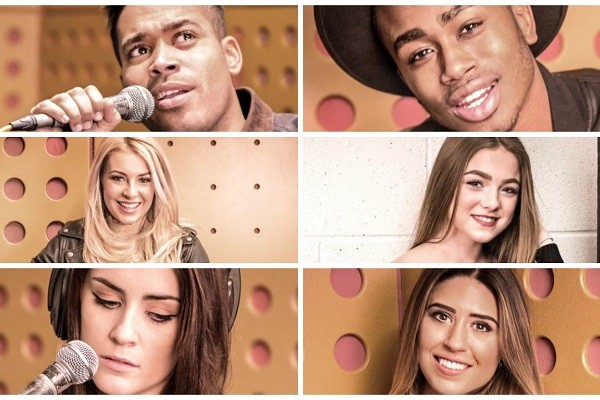 Poll: Who should win the UK’s Eurovision: You Decide 2017?

Finland, Netherlands or Italy should have won ESC 2014….And definately NOT Austria!

Maybe they are what Finland needs. Many good songs at UMK this year.

I wish they comeback… Great group! The Sirens is my fav song from them.