It’s been weeks — feels like months — but we’ve finally reached the end of the auditions phase of Israel’s The Next Star for Eurovision 2017. In the latest episode the judges gave another two contestants the green light. You can read about them below.

They bring the final tally of survivors to 21. Now the judges and producers will meet behind closed doors to whittle these 21 acts down to just eight, who will compete in the final rounds of the competition, starting with the quarterfinal next week. They’ll sing-it-out with the hope of earning one of the four spots in the live final, which will air on February 13. The word is international. Born to a Jewish mother an an Armenian father, dapper David works as an actor in Moscow. He traveled all the way to Israel just to audition for the show and says he plans to move to Israel soon. (It never hurts to appeal to the local crowd, right?). Unlike the majority of artists we’ve seen so far, David decided to cover a Eurovision song. And not just any song: He went for Conchita Wurst’s iconic “Rise Like a Phoenix”. Thankfully he, like Conchita, has a solid voice (and a beard to boot) and managed to impress most of the judges. They make some magical noises, but we would not want to be their neighbours! This adorable couple have previously gone viral on YouTube with their many videos in which they beatbox and mash-up songs. Their style can be slightly jarring, as when they shocked the judges by singing to the sound of an iPhone ring tone. But their mash-up managed to win over the judges, who ultimately found them quite refreshing and original. Will they advance to the final rounds of the competition though? We’ll find out next week.

Out of these 21 acts only eight will advance to the quarterfinal. You can review all of their auditions below. Alternatively, just click on our Israel tab to read our quick take on their performances.

YOU CAN WATCH ALL THE EPISODES OF THE NEXT STAR FOR EUROVISION 2017 ON THIS LINK OR ALL THE CLIPS ON THIS LINK.

Which artist do you like the most? Who do you think would do the best for Israel at Eurovision? 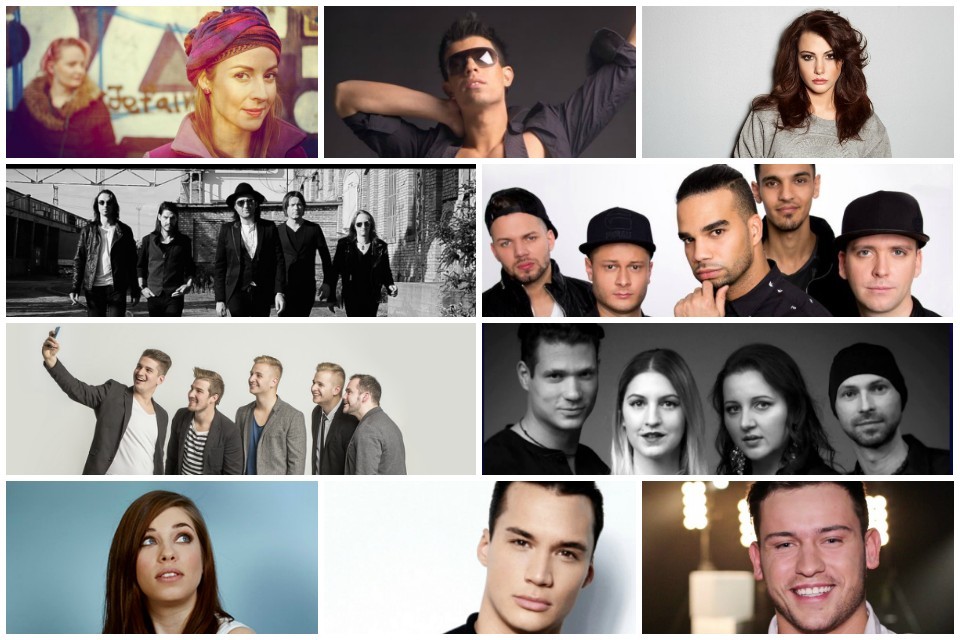 Poll: Who should qualify from heat two of Hungary’s A Dal 2017?

If I had a choice, I think this would be my 8 qualifiers
Diana Golbi (great voice in a great song)
Judy Layne Bernstein (beautiful voice, how lovely it is to sing at this age)
Lee Sabach (beautiful voice in an Israeli song)
The Beatbox Element (the different approach to the songs)
Sapir Nahon (I loved her voice, in an Israeli song)
The Alaev Family (love them, great mood)
Michal Shapira (amazing in “Chandelier)
Osher Biton (really good voice)
Good luck to Israel!

David Vanesyan does NOT have that solid a voice – at least for “Rise Like a Phoenix” purposes.

Can anyone who speaks Hebrew tell me what happened with the girl in red on this edition? I thought she was considerably better than a lot of the performers that got through – definitely including David – but she got four down arrows from the judges. WTF? Did she put salt in their sodas before the show?

Diana Golbi, Imri Ziv and Julietta are a shoo–in, as they’re pretty cozy with the show’s producers. For the remaining five spots I think it’s between Hally Lewis, Osher Biton, Helen Kalandadze, Ta-La-Te, Chen Zimerman & Noy Eisen, The Alaev Family and The Beatbox Element. Novelty acts like the elderly lady and the orthodox transgender are sure to watch the next episode from the comfort of their living room.

The Hebrew sounds soooo gorgeous!! I love it

I want the jury to pick their 7 favourit artist and then pick Judy as number 8, on the basis that i need to listen to that adorable old lady at least one more time. Besides, if it worked for Russia in 2012, why not again for Israel?

My Israeli friend has said that she thinks Diana, Imri and Julietta are definitely in the final. This is not 100% so don’t take my word for it but looking at their clips seems likely. I usually like the Israeli song and the NF last year was my favortie (only to watch) as that moment with Nofar was so tense.

Osher Biton is the right choice, but with the same style of song like in this competition. Don’t try to be so modern, look at Belarus, fans are so happy to hear something more traditional.