This evening, Eurovision: You Decide will determine which act represents the United Kingdom at Eurovision 2017. Six finalists — all former X Factor contestants — were revealed at the start of this week. We asked you which act was your favourite going in to the selection. Well, the results are in. With nearly double the votes of the next act, you want Olivia Garcia to be the UK’s act in Kyiv!

Olivia picked up around 35% of the 2,880 total votes cast in our poll. Her song “Freedom Hearts” has clearly resonated with y’all! Our Wiwi Jury wasn’t quite so sure, with some wondering just what a “Freedom Heart” was.

The song references Barack Obama’s “Yes We Can” phrase. It also hints at a “new start” and being “torn apart”, with a political lean running through the lyrics.

The 16 year old from Wigan appeared in the 2016 edition of X Factor and has gigged extensively in the UK.

Second place in our poll went to Holly Brewer with “I Wish I Loved You More”. Holly may have won our Wiwi Jury, but she was well behind Olivia in the poll. She picked up 514 votes, close to 18% of the total votes.

That put Holly just ahead of Salena Mastroianni. Salena’s “I Don’t Wanna Fight” polled 509 votes. That’s only five behind Holly! Could it be this close during the show?

Poll Results: Who is your favourite for Eurovision: You Decide

Is Olivia Garcia your favourite for tonight’s show? Do you think that another act can cause a surprise? Let us know your thoughts in the comments section below! 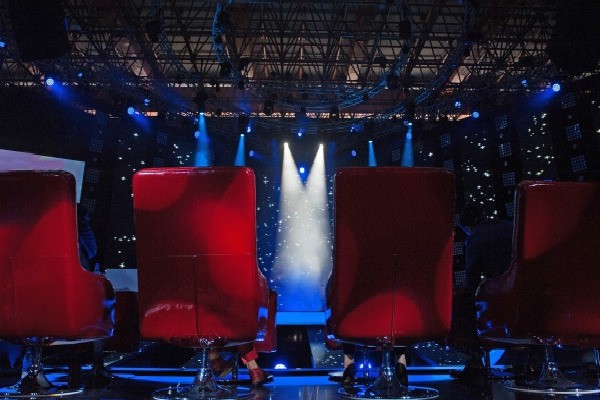 “Poor Danyl, was his performance sabotaged or what?”

In a way. Somebody mixed up microphones, giving Danyl’s to a backing singer and vice versa. Credit to the BBC’s audio guys, who corrected the issue pretty quickly. (Mighty tough to do live, since they wouldn’t know which mic Danyl is holding, and then they’d have to try and adjust both mics to the other one’s settings on the fly.)

Danyl was pretty pitchy, though. Hard to say if he got rattled by the mistake, or just didn’t have the chops. I feel bad for the dude.

Poor Danyl, was his performance sabotaged or what?

Not sure what the fans heard in Freedom Hearts… what exactly *is* a freedom heart? I think it’s going to be either Holly or Salena, probably the former with jury vote. None of the other four acts got nearly the same crowd reception.

Felt sorry for Danyl… clearly some sound issues at the start of his track. That’s not good enough by the BBC

This is all about ‘Freedom Hearts’. Winner by a mile (or kilometre!) 🙂

Wow, Holly with a great voice. What’s up with the lackluster songwriting in the verses though? The chorus is like 20 times better!

Any link for live streaming outside the UK??

@Alex try this one: http://www.filmon.com/tv/bbc-two

Anyone outside UK with live stream link? This is ridiculous… I was able to watch it last year.

Can someone please link the livestream?

Does anyone know where the pre-show is? Red button or iPlayer?

Can someone find a link for live stream? Thanks!

I mean that Nate’s song is not for jump.

Swaying to the music … or jump ?
Is so much in fashion to jump.
Go Nate Simpson !

@Dom
It will be streamed on Eurovision.tv for people outside the UK to watch.

Does anyone know if the BBC stream will be available outside the UK?

Either Olivia, or maybe Lucie, should win. The others are unbearable.

Yep. If Olivia can hack it live, then she’s the obvious choice. If not … then nothing will matter. The other songs are boat anchors. They’ll stand out from the crowd like a tree frog stands out from his tree (ie not in the slightest).

Well, despite a train cancellation, a train rage incident involving an arrest and delays on the tube, I’m actually in London now. Ready for Hammersmith, apart from having a bit of a cough!
It should be a lot of fun. I have no idea who is going to win on the night. Lucie and Danyl are amazing live, but Olivia and Holly have the best songs. Ooo

Olivia or Holly is the best option for the UK. Both songs are very similar so it could come down to who performs it better live tonight. I wouldn’t rule out Lucie Jones either but for me, the song is boring. The other 3 are just awful.

Honestly my support goes to the four women!

I think Holly would do better. But I also wouldn’t mind Olivia.

Go Olivia , u have my big support from Romania.

Literally anyone could win. Salena would be the best choice, but I will be glad if any of the four women wins.

She is only 16 and ESC is a tough world, she has hopes but Lucie might win.
I hope she will not be like Calidora from A Dal, who was favourite but ended last. It can be hard for a 16 y/o to face a cruel competition like that. She needs all the support she can get from family and friends. Maybe this is why Germany wanted only above 18.