She’s a two-time winner of Sweden’s Melodifestivalen who also won Eurovision 1999 with her English-language number “Take Me To Your Heaven”.

And on Saturday Charlotte Perrelli — that’s @LaPerrelli to all of her fans on social media — returns to Sweden’s biggest stage with the self-penned ballad “Mitt Liv”.

Stepping away from her schlager and dance band roots, the 42-year-old stunner will perform on stage with her guitar — a move that prompted her to trim her notoriously long and decorative nails.

Ahead of the contest, she said: “It’ impossible to play guitar if they are not much shorter. No glamour!”

Melodifestivalen head honcho Christer Björkman recently told SVT that the song marks the next chapter of Charlotte’s musical life, and it appears that that will be a reward in itself.

Speaking to SVT she said this contest will not be like her previous three efforts.

“It is fun and relaxed this time,” she said. “I do not feel that I have a song that will directly compete for the win. I have other reasons [for being here].”

Charlotte, who famously divorced her ex-husband after learning he was cheating on her during Eurovision 2008, has been through a lot over the past decade, but she’s emerged unscathed and stronger than ever.

She’s now in a happy relationship with Anders Jensen and gave birth to their first child together in 2013.

The lyrics of “Mitt Liv” suggest she’s looking past the haters — who have criticised everything from her looks to her endorsements to her personal life — with renewed strength.

“I wake up with a feeling of concern for those talking about how I look,” she sings. “But who gives them the right to judge…Nobody can push me down and laugh out loud when they say my name/ For my life is mine and no one else’s.”

What is your favourite Melodifestivalen song from Charlotte Perrelli?

We won’t be able to hear Charlotte’s Melfest entry until Saturday, so for now let’s take a walk down memory lane. Which of her past three entries still gets you going?

Could it be her 1999 Eurovision winner “Take Me To Your Heaven”? Originally performed as “Tusen och en natt” (Swedish for “One Thousand and One Nights”), the upbeat number sees her asking her lover to take her to heaven by loving her. Her pink-and-purple outfit is iconic — so much so that Eurovision 2016 host Petra Mede wore it during the famous “Love Love Peace Peace” interval.

Out of the light like a star, like a hero…Charlotte’s 2008 entry remains a Euroclub staple. It only placed 18th at Eurovision — and had to be saved from semi-final elimination by the jury. But the song has aged well and its staging — which saw Charlotte emerge from grey before singing in technicolour fabulosity — remains as striking nearly a decade on.

In interviews Charlotte has said that her 2012 entry “The Girl” is her favourite, and she remains confused about why Sweden didn’t get it. Plenty of Eurovision fans agree. A full-on schlager club number, the foot-tapping ditty included some over-the-top staging that saw Charlotte wearing a pink spiked leotard and a pair of vertiginous heels. At one point she stood in front of an LED projection screen and grew digital wings. Sadly the song didn’t take flight and Charlotte was eliminated.

We’d be remiss not to mention Charlotte’s other Melodifestivalen song, which she performed as the interval act during Melodifestivalen 2016. It wasn’t a competing song, but her “Här står jag” — a cover of Helene Fischer — shot to #1 on the Swedish iTunes charts anyway and re-established her as one of the fandom’s most beloved characters.

Are you excited for Charlotte’s 2017 song reveal? Do you love the lyrics? And which of her earlier songs still makes you move? Let us know in the comments box below. 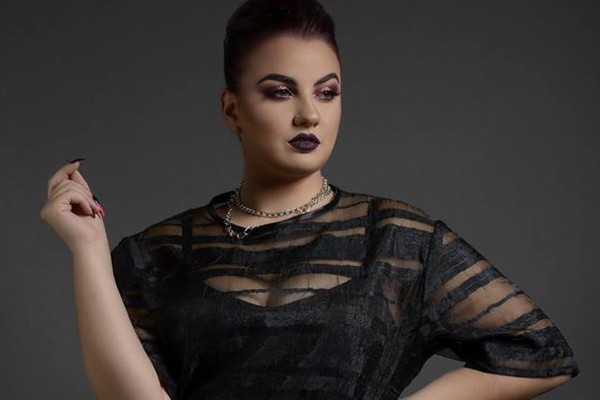 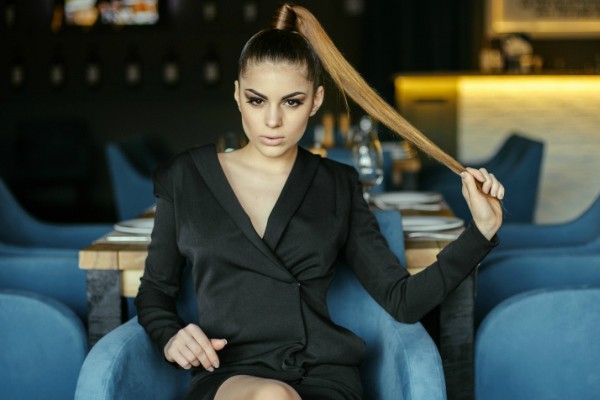 I voted for Hero, a lot of fun and energy in this song, always feels uplifting. Reminds me of starting to watch Eurovision as a child.
Such a positive fun vision in the show. Believe by Dima and of course Kalomira Secret Combination 🙂 🙂

We are taught to judge women based on their looks. All over the world.

Don’t include yourself in doing that.

You don’t need to say this about Charlotte. Women should stand for other women. Ever think we she felt the need for any treatments? Because always the pressure on women. Stop the pressure, stop the guilt on women for whatever way they look.

The Girl was so typical Schlager that it was off-putting

What i really love about Charlotte is not her absolutely wonderful and cheesy songs, the best of her is that in every presentation she look absolutely like someone new, i mean, i totally love her surgeon, that ability of making a new face time after time in the same person, is just admirable

I love them all but ‘Take Me To Your Heaven’ is my favourite.

I voted “Hero”. An absolute classic, under-appreciated by the hordes at the time, at least at the contest. A real shame “The Girl” didn’t go further, especially as she never got to correct her lyric flub for posterity. I’m looking forward to “Mitt Liv”, even with the change in gear – I’m confident we’ll get the star performance we’ve come to expect, and whatever the result (damn app!), La Perrelli can hold her head high.

It would be neat if she made it to Kiev 2017. That would be three novennial appearances by the same act, we’ll never see that again.

The Girl is truly on another level of BOP. I love it even more than Euphoria.

“Take Me To Your Heaven” – So many memories related to this song. Loved it as a kid, always cheered me up …… It’s still a Christmas Gem of mine, even tho It’s not a Christmas song there is something very festive about it.

“Hero” – It’s the song that really brought the hype in Belgrade only to barely qualify. Charlotte did a good job of selling the song but Europe just wasn’t buying it. I’ve listened to it soo much that I just cannot play it anymore.

I never followed MF, so could anybody answer me please – the songs have their premiere during live shows on the semifinals?

Take me to your heaven is the best song by far.

Of course it’s “Take me to your heaven”.. She won with that. It’s catchiest of these songs. It’s the most memorable song. Still it was worse than “Tusen och en natt”.

Hero was too generic.

The Girl was bit repetive and old-fashioned.

y did u stop the lithuania selection reviews

“Hero” is my favorite Charlotte Perrelli song, even through I still find it sooo generic. There’s something about it that’s charming and enjoyable anyway.