Tonight Switzerland makes its decision for Eurovision 2017 in Die Entscheidungsshow. Six acts — all female led — are looking to sing in Kyiv in May. We asked you who your favourite was. After counting 1,638 votes, we can now reveal Timebelle is the overwhelming favourite to represent Switzerland with “Apollo”!

The band were previously favourites to represent Switzerland in 2015, but narrowly missed out to Melanie Rene.

They return as a three-piece group this time, led by Romanian-born singer Miruna Manescu. Y’all seem to think it will be second time lucky for them.

Second place in our poll went to Ginta Biku, with her English-French song “Cet Air Là”. Ginta promises to put on one of the most inventive stage shows we’ve ever seen at a national final. She’s heavily interested in mixing AR and VR technology with music. Could she snatch the crown away with her stage show? Ginta received around 18% of the vote, with 232 votes cast in her name.

Trailing in third place with 10% of the vote is Freschta, with her track “Gold”. Whilst previously described as perhaps a bit too tame, the song was recently revamped ahead of the final. With new instrumentation on the track, will this be enough to lift her higher?

Do you think that this is a clear cut victory for Timebelle tonight then? Or do you think another act can still surprise us? Let us know your thoughts in the comments section below! 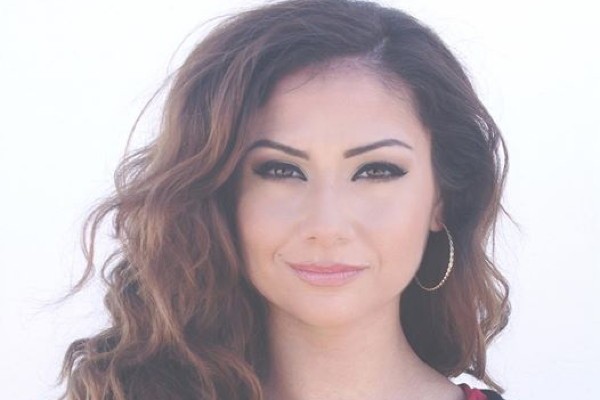 I missed it. How soon will Timebelle have a video for this? Mélanie René’s video for “Time To Shine” (the official 2nd video, not the promo) sold the song very poorly (and quite probably contributed to its failure to qualify at ESC 2015), and Rykka had only a lyric video for “The Last Of Our Kind”. They will need a video that sells the song very well, before the ESC, if they want to avoid being the 3rd-straight Swiss non-qualifier.

And the winner is… Timebelle!

LOL – When all the Swiss adverts are almost exactly the same as British adverts, except in German! 😀
Well Britain is becoming more like Switzerland – no more EU, etc… But I digress

Honestly, I believe Michelle was bit a mismatch with the song and Gold’s hook is really weak, although it is a pleasant song. But judging by tonight, I could see either among Apollo, Cet Air La, Exodus or Fire in the Sky to break the Swiss curse and with the help of staging and spot to enter finals.

Timebelle were awesome. Easy winners, in my opinion. Let’s see what happens now…

Shana Pearson: She’s good on camera, really owns the stage well. But her voice needs more diaphram support – in places it was sinking in pitch. The song is a generic dance track – nothing special.

Hmmm. Freschta – a solid re-vamp, and a reasonably strong performance. But… there’s nothing in her eyes when she sings. That’s quite sad, and not her fault. Some people don’t shine on camera (like me); I share her pain!

Michelle had pitchy singing issues, but the crowd loved her performance! Uh-oh!

Both Nadya and Ginta Biku so far have been better than I had expected. This might be a good final after all! 🙂

OMG, Purple Mask, thank you so much for the link, you are amazing! <3

Is it me or does Apollo sound a lot like Holly Brewer’s Wish I Loved You More from You Decide?

The youtube link of Purple Mask works also outside Switzerland!

if it doesn’t work either then is not my problem, blame it on SRF
Go FRESCHTA

And… there is also this YouTube live stream of the Swiss final here:
https://www.youtube.com/watch?v=XPAJpj4l4HM

Where’s this Ginta revamp I keep reading about? 😐

I’m secretly cheering for “Cet Air La” over “Apollo”, but much depends on
live vocals and staging. Not sure how Swiss fans feel, but it’s obvious Timebelle
is the international fan wank on here. 🙂

Apollo is boring, won’t get Switzerland anywhere unless the live performance is awesome.

My vote goes to Ginta Biku and her modern song. I love the French part and Ginta looks and sounds amazing. Judging by the songs selected so far, we need an uptempo/midtempo entry ASAP!

I hope she delivers tonight.

If Apollo wins I will vote for it. I’m from Romania and we’re in the same semifinal as Switzerland, the 2nd semifinal.

The songs are very close to one another in quality. I am waiting for someone to blow me away tonight in live performance.

@Polegend: Freschta is not Albanian, she’s Afghan. And Timebelle has the strongest song of of this year’s Swiss finalists, so I hope they win today. I really do hope that if it happens, the staging is right in Kiev combined with a favorable draw in semi 2 because I don’t want to see Switzerland last again with such a good song as “Apollo”

Apollo is Switzerland’s only hope… not a fan of any of the other songs at all. :/

In my opinion, Apollo is the best, is not just the usual ballad sung by a woman that can’t move in her tight dress.
It needs a good staging, remember : ”Step 2! Drums! There has to be drums! It doesn’t hurt if the drums are played by gorgeous topless men. It’s proven very efficient throughout the years.”

Hmm, Freschta’s song has improved with the revamp, but the winner should still be Timebelle.

“Apollo” is a great song. I really like it. Such a nice ballad. Switzerland, it’s your time! Just choose “Apollo” and you will pass to the Grand Final at Eurovision.

For me, it’s clearly beetween “Cette air la” and “Apollo”. (taking into account the songs we have in this selection).
The first one is a pop, dance song and the second is an interesting ballad.
Both can be really good with the right staging in May.
I hope Switzerland does its best this year and qualify.

Please Switzerland dont mess it up

Ginta’s revamp is amazinga!!! Please send her and not another ballad

NOOOOO not Apollo! Another ballad that will dissappear in the crowd of ballads this year 🙁 Please send Ginta! 🙂 If you do, you’ll get my vote from Belgium! Otherwise… I’m sorry :/

It’s their only chance to go back to the final, but Freschta might win because she’s Albanian and we all know that many Albanian immigrants in Switzerland will vote for her even though her song screams last place in the semi-final (the Swiss NF is 100% televote). Ugh, I hope talent a.k.a. Timebelle prevails.

Not a fan of Apollo, I feel like I’ve heard it a million times before and do NOT want to hear it again. Plus I don’t want another ballad going to Eurovision. I’m rooting for Ginta Biku!

Terrible song don’t understand the support for it. Will sink again because it’s just goes nowhere. Ginta’s revamp has been positive so I hope she nicks it.

Apollo is by far the best choice for Switzerland to send to Eurovision and has a good chance of qualifying for the final. Don’t mess this up Switzerland