No Selectia Nationala happens without a scandal — so goes the saying in Romania. After pop star Lora withdrew from TVR‘s national selection for Eurovision earlier this month, another contestant is making claims that suggest plenty of behind-the-scenes drama. Florin Chilian accuses the Romanian broadcaster of already knowing who the winner is. That is despite the fact that Romania’s representative will be chosen 100% by the televote.

Florin entered Romania’s Selectia Nationala 2017 with “Colt de lup” (Wolf Fang). It’s a quirky folk song set to an arrangement of string instruments. The singer claims that putting vocals on top of a classical quintet is a world first.

What’s not a first is the unhealthy dose of drama unfolding in Bucharest.

According to entertainment news outlet Wowbiz, Florin has said that TVR has already chosen the winner of Selectia Nationala. He also claimed that this was why Lora withdrew her song “I Know” from competition.

The song that will represent Romania at Eurovision has already been selected. I’ve known it for two days. Lora certainly found out earlier than me and withdrew. I will not withdraw and if I am selected among the 15 [semifinalists] I will gladly perform [my song] at TVR.

Lora has never stated the reason for her withdrawal. However, sources close to the singer told wiwibloggs that she based it on feedback from the expert jury.

Florin goes on to say that, although he does not know the name of the winning act, he knows that the songwriter of the winning song is not a foreigner.

If this indeed is the case, it must be worrying news for many acts who are among the fans’ favourites, such as M I H A I, Xandra, Cristina Vasiu, Teodora Dinu, and Sergiu Bolota, whose entries were written by foreigners. On the other hand, the song that currently is highest in the Eurofans’ lists on YouTube, “Yodel It”, was written by Mihai Alexandru, songwriter of Timebelle’s “Singing About Love”. This makes it a possible winner, should Chilian’s claims be true.

Could Florin Chilian be right?

Regardless of whether Florin Chilian thinks he has it all figured out, the public will select the winner at the National Final. This fact makes his claims rather improbable. There are even voices claiming that this is just a fake scandal he invented in order to promote “Colt de lup”. It wouldn’t be the troubadour’s first offence in the eyes of the public. Apart from opposing Romania’s anti-smoking legislation, he has faced scrutiny over unflattering accusations made by his ex-girlfriend about his behaviour during their relationship. All in all, his claims are to be taken with a grain of salt.

The jury will announce the 15 semi-finalists on 12 February, based on the live auditions of the 72 acts. They are currently broadcast daily at 19:00 CET on TVR2. On 26 February, the 15 acts will be cut to 10 by the same jury. They will advance to the National Final on 5 March, where the winner will be selected by only the viewing public by televote.

What do you think about Florin Chilian’s claims? Is he right to believe that TVR has already chosen the winner? Sound off below! 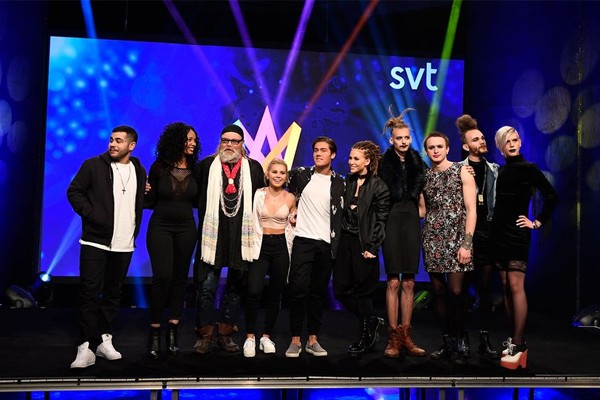 Melodifestivalen 2017: Lyrics and performance details revealed for semi-final 2 in Malmö He clearly said that he is there just for promotion..

Can someone please explain the appeal behind ‘Yodel it’?
I’m not an old person, I sometimes find myself enjoying songs that are in the charts. I quite like rap.

But what the hell is there to like about ‘Yodel it’?!

This song should win the SN. If it doesn’t, then Chilian was right :))))

Yodel It is very catchy and sounds very good!

I liked “Lion’s Roar – I set you free”, “Tudor Turcu – Limitless”. Yodel, Xandra, maybe Cristina Vasiu too, were all also good. Chilian was interesting, well orchestrated but when it stops I felt like something is still missing. Mihai has a better song than last year but underwhelming and blend, sounds like hundreds of Eurovision songs. Same for Teodora Dinu. Bolota has a good song but his live singing is just awful. Not all songs were aired by TVR yet.

Of course Yodel it will win… not because TVR wants it to, but because the public wants it to! It is the best song this year and people are going to vote. They don t need TVR s support, they have their fans

Well, ‘Yodel It’ is a certain favourite in my opinion, so I don’t know if what Chilian is saying is exactly fairly interpreteted. It is not chosen by TVR, it’s the song that will most probably win. And it is the best song also, I would say, in a clearly very good national selection, this year. But it is also the song that is coming with the most original and also attractive style, not to say that it is a Cat Music production, which will also create a big impact on the televote.

To be fair, I haven’t heard any other songs, but “Yodel It!” is amazing.

Kiev will be yodeling big time this year! 🙂 Yodel-Ay-Ee-Oooo

Of course we know the winner already. It’s Yodel It, aka the most epic song that I heard in a very long while. SEND THIS, ROMANIA!

The same thing literally happens at the Eurovision every year (don’t try to tell me the victories of 2013 and 2015 hadn’t been planned long before, and even in 2016 everything was rigged in favor or Australia from the jury votes to the semi and final running orders). It should be no surprise to him and to us.

He’s pathetic! He is only doing it for promotion, obviously, but this is a very stupid way to promote yourself!

Accusations are meaningless without proof.

”Yodel it” needs to go to Kiev. Period!

yodel it is favourite

why is this news? he creates only scandal, and he is wife beater.
<> is favourite and he makes scandal out of it.

If he really stands by his claims then why is he voluntarily choosing to remain in the competition? What a f’ing idiot.

I dont care as long as they send yodel it to kiev!