After a lot of drama, Greece’s public broadcaster ERT recently announced that Demy will represent the country at Eurovision 2017. Additionally, they also revealed that their song for Kyiv will be selected through a national final.

And now, as esctoday reports, we appear to have a date — Monday 6 March.

Want to know everything about Greece’s Eurovision 2017 national final? Read on!

First reaction to Demy for Greece at Eurovision 2017

As you may already know, three songs will compete for the golden ticket to Eurovision.

All three entries are composed and produced by Dimitris Kontopoulos, who previously worked on Eurovision hits like Russia’s “You Are The Only One” and Azerbaijan’s “Hold Me”.

One song is described as a radio-friendly pop-rock ballad, co-written by Romy Papadea, Demy’s sister.

The second one is an American-style ballad co-written by John Ballard.

The third starts as a ballad before gradually evolving into a dance banger. It’s a combined effort between Dimitris, Romy and John.

All three tracks are already recorded and, for the first time ever, ERT’s symphonic orchestra took part in the recording. According to INFE Greece, the national final night will be the first opportunity for us to hear the songs.

Today's studio session! Such an honor having the ERT String Ensemble participate in our 3 Eurovision songs ! ! Cannot wait for you to hear! @dimitriskontopoulos #eurovision2017 #demy

Strangely, the songs won’t be performed live. Instead, Demy and her team will soon travel to Odessa and shoot three separate music videos.

In the spirit of #BuildingBridges, the Greek team hopes to underline the deep bond between Greece and Ukraine. The Greek connections are particularly strong in Odessa.

These music videos will be shown to the public during the national final, who will then vote for their favourite.

Demy & Poli Genova “If Love Was A Crime”

The final result will be decided by 70% televoting and 30% jury. However, in a somewhat innovative twist, the juries will be made up of music unprofessionals from all around the world.

But they won’t be international juries in the traditional sense, as each juror must be a member of the Greek diaspora.

Currently, the plan is to have seven to nine juries, all representing different countries. They will watch the live broadcast of the national final and vote alongside the public to determine the final result.

Final decisions are yet to be taken regarding the juries.

Initially, the intention was late February, but that’s obviously not happening.

Recently, Dimitris Kontopoulos said the songs will be presented to the public on 10 March, while mikrofwno.gr reported the national final will be held on 6 March. At this stage, the latter seems to be the widely accepted view.

The deadline for countries to finalise their Eurovision 2017 entries is 12 March, when the annual Head of Delegations meeting takes place. That gives Greece a small amount of time to organise everything.

Let’s hope they make it…

So what do you think of the Greece Eurovision 2017 plans? Let us know in the comments below. Poll: Who should win the semi-final of Supernova 2017? 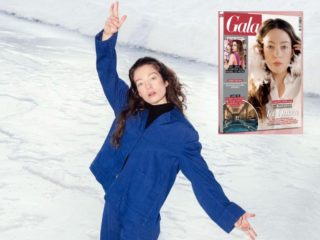 one more ballad and i’m gonna choke myself to death.

Glad to read that!
I’m so excited and looking forward to listening to the songs! Unfortunately, we’ll have to wait until the NF!
Hope for good songs!
Back to the final!

sorry can t get many points from juries not can

She doesn t sound great live. I think song like Greece song from 2005,2008,2012 can get many points by juries (and with spectaculars stage pefromance like Russia 2016, they also had no good and modern song , song is for Eurovision from 2000 to 2008).
My prediction TOP 5 with televote no chance to be in TOP 3 thath placese reserved for Sweden,Russia,Italy) and from 4 to 10 place with juries, in total Greece from 4 to 7 place in final.

I believe that is among the so much significant information for me.
And i am happy studying your article. But want to observation on few common issues, The website
taste is great, the articles is really great : D.
Excellent task, cheers

Demy CAN sing live, why doing all this mess when they can make a national final like that for Kiev 2005?

Greece has its shows, is not all dead there because financial crisis.
My guess is that she wants 3 videos so her own money (or the money of the record label) will be saved for this year. Is not fair if public money will be used for that, but maybe I’m wrong.

@an_esc_fan
No a studio with proper lights, staging etc is much more expensive.
and voters can also be charmed by a stage presentation. This doesn’t mean anything.

For me, 3 videos seem more expensive than a studio that I’m sure Greece already has. And indeed, voters might be charmed by the video, not the song.

I assume that the reason they are doing 3 music videos is that they don’t have the budget to produce a good tv show.
So they must have thought “since we can’t have an impressive studio, with lights , stage etc let’s make three nice videos” this makes sense to me.

@frauvonstorch no honey the bottom of the ranking has the name titanium..eeee perfect life i mean:P

Sounds like a waste of money and resources to shoot three different music videos. Wouldn’t it make more sense to just sing them prerecorded? And then put all the effort to make a banger music video for the winning entry. Also, there’s is the bias that some viewers might like a certain music video more than another and vote for a song that’s not necessarily the best ons. But, except for last year’s tragedy I’ve always loved Greek entries so I have high hopes. Good luck!

I think that if the dance song is chosen (and it is not a typical ethnic dance trash) Greece will defiantly be back in top 5 this year.

I can’t wait, there are 33 countries out of 43, to reveal the song. Is The Netherlands last to reveal? And they said that already decided. Then why wait another month and a half ? Well…….if they think they have something so special……that will shock us…….
About Greece, I hope will not be a song like Mirela’s from Spain, I really hope we will not hear: dancing, beach, number one aphrodisiac.

why do you doubt the 6/3 info? it’s official by ERT lol