February is at its peak, new artists are appearing everywhere like popcorn and the host country of Eurovision 2017 — Ukraine — is adding the oil. And of course the Wiwi Jury — our in-house panel of music unprofessionals — is ready to judge. First up is Salto Nazad with “O, Mamo!”. Read below to find out what we think about it.

Kristin: I should’ve listened to this before Tayanna. Then maybe, just maybe poor Salto would stand a chance. But he kind of vanishes in comparison. “O, Mamo!” is a little bit annoying… Okay, I’m lying. It’s so freaking annoying that I almost jammed a curling iron in my ears just to stop that constant ringing! If this gets chosen instead of Tayanna, it is clear that the Ukrainian public is deaf and there is absolutely no hope in the world.

Luis: I strangely enjoyed this. Salto doesn’t have a chance actually, but his performance was quite entertaining. Let’s be honest, we’ve heard “O, Mamo!” millions of times before, yet the whole package still comes across as fresh. I praise his balls to do that dance routine on a national selection. He does his thing, and he does it right, and I’m fine with it.

Zakaria: The beginning of the song sounds very much like Tom Jones’ “Sex Bomb” but Salto’s sounds like he’s singing a reggae tune. The combination of the two is simply dreadful. And not to arrange the things, he does this embarrassing dance which makes me wonder if he’s on something. I still can’t believe this song earned the jury’s top spot.

Antranig: The national final staging was instantly reminiscent of “Caroban” and the song was somehow even worse. Vocally, I can’t fault this entry but good vocals are irrelevant when the song is this terrible. While this will undoubtedly have its fans, it doesn’t have widespread appeal and is ultimately extremely boring. It’s a no from me. Josh: Whatever the opposite of yaaassss is, I would like to use that word to describe this song. The visuals are a technicolour fantasy, taking inspiration from Salvador Dali perhaps? It’s very Nina from Serbia 2011. Where Nina had a fun song, Salto misses the mark completely for me. His voice appears to be quite monotone without any texture. Compared to Tayanna, this isn’t worthy of a home crowd cheer at Eurovision 2017.

Natalie:  I feel a bit weird about reviewing this song because I’m not convinced it’s the same one the Ukrainian jury was listening to. It has absolutely nothing to it – it’s just a dull flat set of try-hard jazz dancy crap that even the over-coloured staging and Salto’s lame dance moves, which look like they were practiced from YouTube, can’t even get off the depths of ineptitude. How the likes of Jamala can think that this deserves the highest score in the semifinal is seriously beyond me, I really hope she doesn’t make the same mistake in the final.

William: The spiralling colours, the massive gold chain around his neck, the woman with the Afro throwing it down Motown style — there’s so much that I love about this. Notice that I’ve said nothing about the song. This reggae-influenced track does what it does well, but it’s ultimately a bit too flat and heard-it-all-before. It obviously stands out in Ukraine, where reggae is interesting and novel. But for large swathes of the world this just feels like a bad version of something familiar.

Jason: The visuals are great, everything else not so much. “O, Mamo!” entertains for about 30 seconds, but after that it goes downhill fast. Salto does his best to keep the entry alive (fun dancing), to no avail. Although I can understand how this could appeal to a certain audience, this is not Ukraine’s best choice for Eurovision.

In our Ukraine Wiwi Jury, we have 15 jurors but only room for eight reviews. The rest of our scores can be found below: 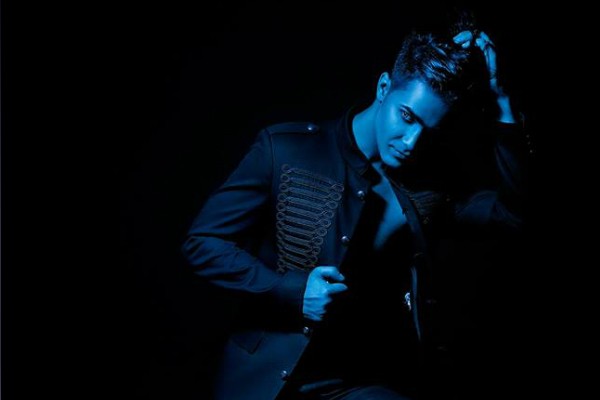 This is my favorite from Ukraine. o.o

Apart from being enjoyable to listen, it has nothing interesting.
Ukraine probably won’t win twice in a row, so they’re not interested in selecting a potential winner. But this song: not at all.

I think this is pretty enjoyable, but it shouldn’t win of course.

i quite enjoyed this , a change from these tiresome ballads that keep being churned out

Right? I was thinking the same thing. Reminded me of Maria Yaremchuk’s lyrics “We belong to eachother like a sister to a brother” ermmm right. Psychiatrist, anyone?

I was appalled that Jamala would go for this. This would be toilet break for everyone. And a Greenjolly result, without the political legitimacy.

couldn’t agree more with wiwi jury. Salto Nazad is not something to represent Ukraine, not even close. being Ukrainian in addition I want to complain about silly lyrics of their song. “Oh mama I fell in love with her, she has your eyes”. omg, get a counselling dude

I didn’t like Salto Nazad too much, and actually made a top 6 video for the Ukrainian National Selection on youtube here !
https://www.youtube.com/watch?v=zE1fiExbrFo

Watch them give low scores to interesting and different acts like Salto, Rozhden and Torvald while at the same time fanwanking all over the typical ESC drivel that is Tayanna’s song. Predictable and narrow-minded wiwi jury back at it again…

4/10 is great present to Salto Nazad. Sure they are unique for Ukraine but they are the losers for eurovision. Sorry.