After taking a year of silence, Romania are back in the contest for good! So the Wiwi Jury – our in-house panel of music un-professionals – have listened to and reviewed all 15 songs in Selectia Nationala 2017. Today we’re looking at Ramona Nerra with “Save Me”, Ana-Maria Mirica with “Spune-mi tu” and Instinct with “Petale”. Do we think any of them can get Romania on top of the scoreboard? Read on to find out!

Ramona Nerra – “Save Me”

Angus: Take us to the discotheque, henny! Ramona looks like she wants to go to the bathroom, but her song takes us to the dance floor. As one of Europe’s leading dance nations, this banger actually sounds totally in keeping with Romania’s sound. Arguably, she’s screaming at points, but with those kinds of beats you have to scream to be heard.

Jason: Ramona’s voice is definitely not big enough for “Save Me”. The shouting and screaming becomes hard to stand early on, making it difficult to endure the entire three minutes. I could see Eurovision audiences using this as their toilet break song.

Josh: “Save Me” is serving up some fierce Scandinavian pop, but not in a “Save Me” by Wiktoria kind of way. The song has a good foundation to be amazing, but Ramona needs to amp up her attitude and sass to really deliver this banger of a song. This one is heading in the right direction.

Robyn: “Save Me” is an unashamed disco banger and I really enjoy it for that. But it’s not very Romanian. It sounds more like the generic Scandipop that bulks up Eesti Laul. Ramona is a good singer, but she doesn’t quite have the big disco diva voice that the song was written for. It’s good, but I’m really going to need to see this fully presented at the semi-finals.

Zakaria: “Save Me” gives me early ’90s disco bangers vibes yet it still sounds fresh and modern. Ramona has a strong voice in the belting parts but somehow struggles in the lower ones. She still needs to work her attitude and delivery of the song because she seems more concentrated on the song and let the lights do all the work in terms of staging.

Jason: Ana-Maria is undoubtedly a talented performer and a tremendous singer. Just look at how she works that stage! “Spune-mi tu” is not the most accessible of songs, but Ana-Maria sells it unbelievably well. With some minor tweaks, this has a lot of potential.

Jovana: In the musical sense, this is probably my favourite entry in this year’s Selectia Nationala. It is a slightly jazz, slightly rock tune performed by a singer whose personality shines through her vocals and her fashion style. Still I feel it needs a bit of revamp so that it can actually explode on stage. Like this, it sounds too much like a Patricia Kaas or Alanis Morissette reject.

Natalie: It’s great to see Ana-Maria try her damnest to sell this song. It’s certainly got a bit of class, and I’d absolutely love to see more raw rocky songs at Eurovision. Unfortunately, there is a lack of excitement and energy here. I really really wanted to love this, but by the end I felt it drag and despite Ana-Maria’s attempts at oomph, it just didn’t go anywhere.

Robyn: “Spune-mi tu” is oddly reminiscent of mid-’90s grunge rock, to the point where the opening sounds almost lifted from Nirvana’s “Heart Shaped Box” and later there are hints of the Smashing Pumpkins. Ew. The song perks up as it progresses, but I’m not even close to wanting a nostalgic trip back to that time.

Zakaria: It’s nice to see for once a singer really believing what he is singing like Ana-Maria does. Her voice is rocky and fits her entry perfectly. “Spune-mi tu” is a great throwback to ’90s alternative rock. It’s like something Alanis Morissette could have composed for Jagged Little Pill back in the day. The song stands no chance in the selection nor in Eurovision, but I’m so glad it exists!

Jason: The two members of Instinct have voices that work together superbly, and “Petale” is definitely one of the best vocal displays at Selectia Nationala. There is a noticeable sense of disengagement (conscious uncoupling?) between the pair, but this could be worked on. Maybe these guys hate each other, and hey, who are we to judge? Just sing as well as you did in the rehearsal and everything will be fine.

Josh: A perfectly decent duet in the Romanian language. Yaaassss. Instinct as a duo have excellent voices that compliment each other so beautifully, however there seems to be some sort of disconnect between the two singers. They barely lock eyes or even look at each other. If they want this duet to slay the pack, slight adjustments need to be made. Even if it’s just making them look slightly friendlier towards one another.

Luis: Guys, looking at each other for a moment doesn’t hurt. They need to work that chemistry, because the song itself is pretty decent. Both of them have beautiful voices, specially the woman, but if they just sing to the camera, the whole act comes across as totally middle-of-the-road. Give us some drama, and you’ll be a contender. For now, it’s a borderline qualifier (to Selectia Nationala’s final, ofc)

Robyn: This is one of the best Romanian language songs in this year’s selection and it’s a really decent duet. The only thing I’m cautious about is the audition performance. Sometimes it looked like the couple were singing at — not to — each other. A song like this needs great chemistry if it’s going to work live.

Zakaria: “Petale” is an ordinary song but it could have been more appreciated if the two singers were interacting a little bit. Instead, there is zero chemistry and each one is standing on his own as if there is an invisible barrier between them. Because of that, the ordinary song becomes annoying and dull. 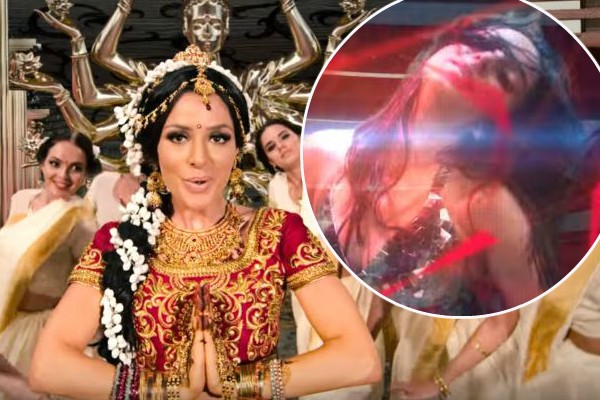 I thought Petale was merely okay when listening to the first version. Now, after the new live, I think they are GREAT and I hope they can win. Gosh, I love that staging and their voices flow so nicely together! Petale FTW!

‘Save Me’ Maybe not the worst song in the competition, but that voice… I don’t find any logical reason why she is in the semi-finals, the performance was absolutely awful. Score: 2 ‘Spune-mi Tu’ That song really had charisma. It’s one of the most enjoyable entries from Selectia Nationala, I also like the genre, that jazz-like rock combination. Maybe not the most clever lyrics, still a quality song. Score: 6.5 ‘Petale’ It’s just mediocre, too usual, nothing that really attracts the attention on it. Except the girls’ voice, which is very good. Also, the lack of ‘filling’ between the 2… Read more »

Yeah, is Ramona from voice of Germany.

Is this the Ramona Nerra who competed in the Voice of Germany in 2012?

Let’s go, Ramona! I love “save me” and I’m sure Ramona will have a much better prestation in the semifinal.

Petale is my second favorite in Romania. Very nice and relaxing.

Petale is one of very rare Romanian songs this year that can manage to dodge my bottom 5. I don’t find any ‘wow’ factor in it, but the combiantion of Romanian language and likable, easy memorable melody makes this song quite nice in comparison to most others.