For months hype has been building around her bid to win Eurovision 2017. And on Tuesday the buzz surrounding Greek pop star Demy reached fever pitch as Greek broadcaster ERT revealed her three potential song titles and details about the show.

Demy — full name Dimitra Papadea — will sing her three songs during “Vote For The Song” — a nationally televised selection contest on March 6 at 21:00 CET. You can watch the trailer for the show below.

During the show the audience will watch video clips of the three songs, which legendary Greek composer Dimitris Kontopoulos has arranged for Demy. All three videos were filmed in Odessa. The three songs are:

Ballard should ring a bell. The Scottish songwriter and producer worked on Ace of Base’s first three albums, and co-wrote Farid Mammadov’s “Hold Me”, The Tolmachevy Sisters’ “Shine” and Sergey Lazarev’s “You Are The Only One”. Now that is a strong track record!

We’ve done a bit of digging on Instagram and Demy has some big fans behind her.

Sources close to composer Dimitris tell us that only a handful of people have had the opportunity to listen to all three songs. Chief among them are Eurovision stars Ani Lorak and Sergey Lazarev.

On February 16 the “Shady Lady” singer posted a photo of herself in the recording studio with Dimitris.

It's always great to record new songs and it is even better when you do that with good friends like @dimitriskontopoulos ! I also had the chance to listen to the three songs that Demy will sing for the Greek Eurovision entry. Three very good songs but one of them I really LOVE! ?good luck to my friends @dimitriskontopoulos @fokasevagelinos

“It’s always great to record new songs and it is even better when you do that with good friends like @dimitriskontopoulos,” she wrote in the caption.

“I also had the chance to listen to the three songs that Demy will sing for the Greek Eurovision entry. Three very good songs but one of them I really LOVE!”

She’s not alone in her enthusiasm.

On Valentine’s Day Sergey — perhaps our favourite Russian Eurovision act ever — shared a photo of himself enjoying Demy’s three options.

with my dear friend Dimitris Kontopoulos , famous Greek composer who wrote "You are the only one" for Eurovision 2016. This year his song will be performed at Eurovision by amazing and beautiful singer Demy who will represent Greece! Tonight I had the chance to listen to her three candidate songs. And Dimitris as always amazed me) ?? ? I will definitely vote for Greece this year)) #Repost @dimitriskontopoulos [email protected] listening @demy_official #Eurovision songs #taking_his_blessing ?#Greece?? @fokasevagelinos

“With my dear friend Dimitris Kontopoulos, famous Greek composer who wrote ‘You Are The Only One’ for Eurovision 2016.”

“This year his song will be performed at Eurovision by amazing and beautiful singer Demy, who will represent Greece! Tonight I had the chance to listen to her three candidate songs. And Dimitris as always amazed me. I will definitely vote for Greece this year.”

Dimitris’ song will be staged by Fokas Evangelinos. This “dream team” was also behind Sergey Lazarev’s “You Are the Only One”, and many other iconic Eurovision performances including Ani’s “Shady Lady”. Fans are expecting this will put Greece back in the grand final, after last year’s shock non-qualification.

So, are you excited? Have Ani and Sergey sufficiently hyped the song? Can Demy live up to growing expectations? Let us know in the comments box below. 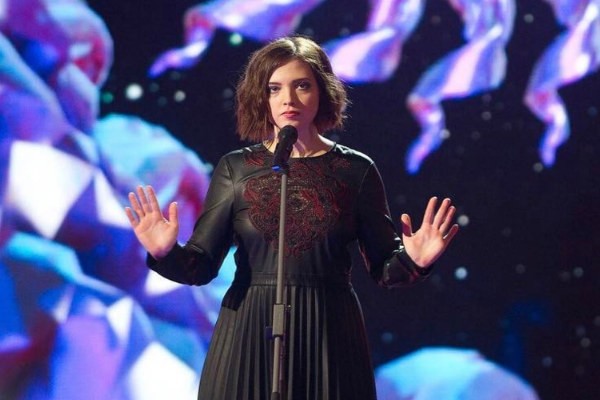 Hold on! Tamta films new music video with a drone and her mobile phone Howdy just wanted to give you a brief heads up and let you know a few of the pictures aren’t loading correctly. I’m not sure why but I think its a linking issue. I’ve tried it in two different web browsers and both show the same results.

Hi, i ponder that i aphorism you visited my weblog so i came to “return the want”.I’m trying to to find issues to enhance my website!I guess its reasonable to manipulate a few of your concepts!!

THIS IS LOVE – SNIPPET LEAKED!
https://youtu.be/tlVS2LQW_v0

Uhm, Demy announced the song titles… so what? Are we supposed to burst into tears of excitement? These are ONLY titles. You can have a great song with a cliche title or a cliche and cheesy song with a great title. Chill down, guys.

I’m so scared that it won’t live up to hype D:

But Eurovision-wise, they’ve had two of the best entries in the last decade, so there’s a credibility we can’t knock. 🙂

Actually, “When the Morning Comes Around” is the ballad, “Angels” is the pop-rock song and “This is love” is supposed to be the best one, which starts slowly and then becomes more up-tempo.

I can’t wait until the NF! Hope we’ll have to choose from good songs the best, and not from mediocre songs the least mediocre.

PP
Who told you she doesn’t sing good live? She is an amazing singer. She has a leading role in Mamma Mia the musical this year singing all these amazing songs of ABBA and everyone is so impressed.

Everyone is free to have their own opinion and taste but the FACTS are that Russia won the viewers vote by landscape last year. The song became a MASSIVE hit in Russia, so massive that for 1 year he is not able to release a new song since radio station still have on high rotation “you are the only one”.
So I can’t see the reason why Demy shouldn’t follow such a successful style of song?

I remember loving “Shady Lady” back in 2008 but listening to it now…… That’s one cheesy and dated piece of music.
The song hasn’t aged well.
As for Sergey, his song was a very calculated and formulaic entry with amazing staging.
Hope Demy escapes these stereotypes and truly delivers.

To guess Greece winning 2017 edition – may it become a unique reconquer? Well, people love this acts, the main thing they producers shouldn’t forget – make songs current, as Paparizou act was. I think they’ll fix it for sake of homeland success. I’m also calling this russian ‘biggest desperation attempt’ just dated as it still is dance pop from pre-Euphoria years. And only boxes and rhymes have been changed in all the same patterns and template if compared to previous attempts. Normally it becomes a boredom unless you’re forgetful, not regular watcher or still obsessed with this recycle. So… Read more »

The word “love” I meant

Ani Lorak says “but one of them I really LOVE”.
I am the only one who understand that her favourite is “This is LOVE”?

I don’t understand the problem some eurofans have with the word fan. It is the most powerful and most important recognized English word.
All mega stars have “love” titled songs.
Bieber: “as long as you love me” , “love yourself”
Rihanna: “love brain” “we found love”
Madonna: “justify my love”
Adele : “Send my love” , “make me feel my love”
Justin Timberlake: “like I love you”
Etc etc

What I hope for is that songs are of three different tempos and styles, so that people have larger variety in voting.

What I expect to hear is three songs of basically the same style, whatever Demi’s style usually is.

This is an OUTRAGEOUS exclusion!!

All those Eurovision songs mentioned in the article have one thing in common: shockingly bad and bland lyrics. Of course you need to make it all about extraordinary staging when your song has no substance whatsoever. So not impressed by all this name-dropping.

@ Charles – Greece usually sends bops with awesome performances, they’re synonymous with entertainment. And they can only take pride from that. By the way Angels is the pop-rock song and Morning is the ballad, I was told.

You are such a cutie, William! 😀 bae

@Polegend Godgarina: Throwing shade at the biggest desperation attempt by Russia to win Eurovision in a form of a sexy male hunk to keep at the gay fans in non-booing-mode? Wow … it’s nice to see some sense in you … the only part that ruins everything in your comment is the typical clichéd expectation that Greece has to send another dance song as if they had never done that before … (and ballads are the only thing fan complaint that have been done before) and the sad pathetic role that Greece has to play as the entertaining party joker… Read more »

I certainly cannot wait until Monday. I hope the best song will represent us in Eurovision.
Wiwiblogs, the three video-clips were filmed in Odessa and in Athens.

omg sergey my <3 gave his approvel to demy songs amazing

@polegend: you can’t resist taking a dig at you are the only one, can you?

They all sound pretty basic titles, but that’s not necessarily a bad thing. I’m rooting for This Is Love which is supposed to be the dance song (which is what I expect Greece to choose – I just hope it’s not dated and forgettable like You Are the Only One).

Ooooooo this is how you create hype and excitement!!! I cant wait!!!!!