Last Saturday the land of fire and ice gave us the first three finalists of Söngvakeppnin 2017. And on Saturday Iceland will choose the remaining three, completing their national final line-up for Eurovision 2017.

On March 4 six semi-finalists will compete for three spots in the final on 11 March. This weekend artists must sing the Icelandic version of their song. But the six acts that advance to the final in Laugardalshöllin will have the option to perform in English, if the artist and composers intend to sing in English at Eurovision.

The finalists will be determined through a 100% televote system and will be announced in random order.

This semi-final consists mostly of newbies, with the only veteran, Páll Rósinkranz, neatly placed in the second half of the show.

As in the last show RÚV has mixed the songs up in a fairly reasonable way when it comes to genres. The show starts with a romantic ballad and ends with a tropical feel. A good mix of electronica, romance and quiet pop fills the space between.

Semi-Final 2 did not make as much of an impact on the Icelandic Wiwi Jury as Semi-Final 1 did. However, Svala — the act that impressed the jury members the most — will sing in Semi-Final 2, so it will be interesting to see whether the Icelandic public agrees with that.

When and how to watch

Semi-Final 2 of Söngvakeppnin 2017 starts at 20:45 CET. You can watch it through RÚV’s website. Just press the “Í beinni” text in the upper right corner and you are good to go.

Who are you most excited to see on stage? Who do you think will qualify to the final? Tell us in the comments below. 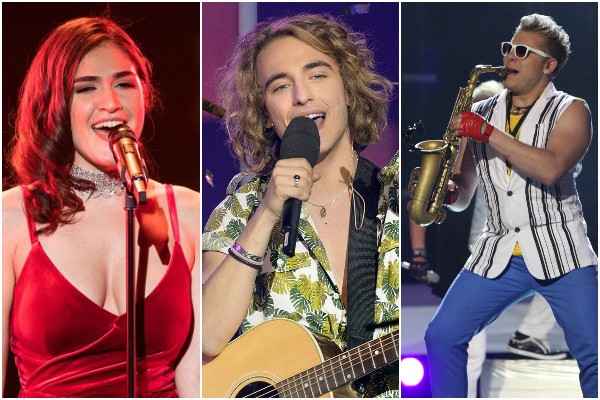 Melodifestivalen 2017: Loreen and De Vet Du top the audience poll ahead of Andra Chansen in Linköping

Aron Brink has the best song of tonight. It’s all about the happiness and joy.
He is a good singer and the song is the catchiest one! Good luck boy!

We need color, light and joy, so Svala can stay at home 🙂 Aron is what we need 😀 Such a catchy tune

My favorite is Aron Brink and his draw is great. If he is good live, I think he will certainly pass.

SVALA for the win!!! Easily the best song from both semi-finals.

My favourite (Linda) has such a horrible draw 🙁
Hope she will qualify anyway!

Svala could not ask for a better line-up to outshine everybody else. Still undecided between her and Arnar & Rakel, though. However, if both of them are going to switch to English, the choice becomes very clear to me. In my opinion, Svala’s English version is much stronger, whereas Arnar & Rakel’s loses a lot of impact for me, if not kept in Icelandic.