Last week she unveiled the final version of her Eurovision song “World” along with a visually arresting music video.

But Albania’s Lindita Halimi isn’t standing in her tracks and is already poised to release another single. That’s right: The Kosovar beauty has revealed exclusively to wiwibloggs that she has already finished her forthcoming summer hit “NOW”.

We’ve heard the snippets and love what it showcases, but we’re keeping our mouths shut about the content. However, we can say that the song has a top-notch team behind it. Lindita worked with the rapper G MULA and American producer Blame Ronnie, who has worked with hip-hop artist Roscoe Dash.

Speaking to wiwibloggs the Atlanta-based stunner hinted that the song is as catchy as her Festivali i Këngës 53 song, which endeared her to the Eurovision community back in December 2014.

Judging from the strength and exquisite cinematography for her “World” video, we’ve no doubt Lindita will go all-in for her video for “NOW”. We’ll find out on May 25 when she releases the video, giving fans a post-Eurovision pick-me-up.

During the promo tours in Amsterdam, London and elsewhere, Lindita will sing “NOW” in addition to “World”.

Are you excited to discover another side of Lindita? What style or genre are you hoping for? Let us know in the comments box below. 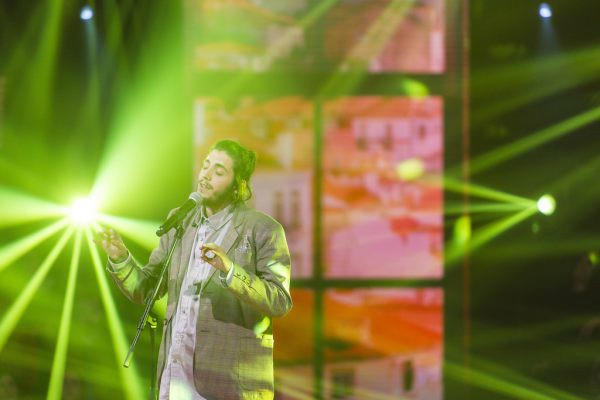 I am sorry Bebe Rexha is not Albanian. She is ethnic Albanian born in the US. How does she represent Albania? With western trash music?

I would love to see Bebe Rexha representing Albania.
Albanians work on it, work! Only Bebe can bring ESC to Tirana.

“World” is in my top three and tbh, the winning song from FiK has been really strong for the past few years and it is only poorly-chosen revamps and translations that have diminished the songs for me. This year, Albania might finally get what they deserve for sending quality, big-stage songs to Eurovision!

I admit that I don’t understand the video, so there are two Linditas, one is more close to nature, the other one looks like urban business woman.
Is it about what? The options of modern people? Feminism?
I like the song, hope will be in the final, but I am waiting the interviews to hear her speaking more about the message.

@Monifa I agree, I loved ‘Mos harro’ as well, but I loved Bote too. So I was happy when Lindita won. But, if Albania went with Kenga Magjike as the national selection, I’m sure they would start sending modern songs. Maybe the people in charge at the broadcaster are too afraid to try new things.

I’m still waiting for something about Kasia. She fights for animal rights. She has biggest promo tour… she is fantastic person..

She may change the song? World is weaker than Bote… And Bote was pretty weak, too… I’m sick of all these dramatic ballads…year by year from Albania. They should go in a different direction, something modern…. I loved Dilan Reka’s song “Mos harro” from FiK 55 Albania 2017. Could have been great in Kiev, but since they prefer dramatic ballads, I doubt they’ll pick something modern or fresh too soon….