And on Wednesday Germany’s Eurovision 2017 singer Levina took a break from her whirlwind tour to cosy up to wiwiblogger Rezo Mamsikashvili inside the luxurious Hotel King David.

Wearing a flowing plum tunic and a pair of spray-on black jeans, she cut a casual and elegant figure as she sounded off on everything from her song “Perfect Life” to its similarities with “Titanium” to her thoughts on Germany finishing last two years in a row.

“For me a perfect life really means actually making mistakes and making positive things out of negative situations,” the blonde bombshell says. “For me it’s not one specific thing — it’s just how you go through life so it can be great for you, basically.”

And for Levina that meant throwing herself into music from a young age.

“I had singing lessons when I was nine years old, and also piano lessons. And I kept going with that. It was a classical education in the beginning, but then I started playing parts in musicals as well. More and more I got into pop and soul feelings. I started writing my own songs. And then in London I went to music college [to study music management]. I did a lot of music so I thought, ‘Well, it’s good to know about the business as well.'”

Part of the business is getting out there and making a name for yourself. Germany’s national selection presented a great opportunity to reach the masses.

“To be honest I just entered the competition and my main goal was to do a good performance and have fun. I thought, ‘Okay, it’d be great if I won it,’ but I didn’t expect it actually.”

Ultimately Levina didn’t have a say in which song she’d sing at Eurovision, as the public voted between the two choices. Was she pleased with the outcome?

What does she make of the comparisons to David Guetta and Sia’s hit “Titanium”?

“I think I can understand that in the beginning there are similarities, but from when I start singing the song and the melody and the chorus, it’s all very different. I just make it my own and don’t worry too much about this kind of talks.”

She says that her revamp involved some subtle tweaks, mostly to make the song shorter than three minutes. The song in her Eurovision performance will be mightily similar to the one you all know and love.

Levina understands that Germany has struggled in the recent past at Eurovision. But the fact that Germany has finished last two years in a row means she can’t do any worse. Does that free her from pressure or increase it?

She also let’s us know her favourites, which include Belgium’s Blanche. Want to know the rest? You’ll have to watch the interview above. Ruslana: “Eurovision is about celebrating music, nothing more” 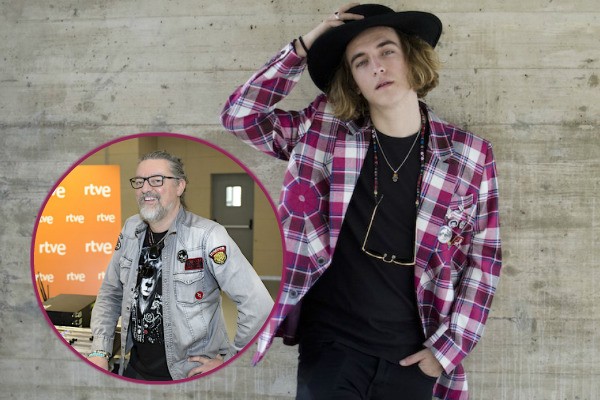 Spain: Manel Navarro says “there won’t be dancers” with him on Eurovision stage

Well hi there!
I am from Germany and knowing that “Perfect Life” will never end up left side of the scoreboard (or even high on the right) my view is that finishing last three times in a row would at least be making history!
But i’m afraid that Levina might actually be just a bit too likable to not move up some forgettable few places …

Ooops Deutschland did it again… Boring song, plain girl, forgettable tune, nothing that stands out. I fail to understand why a country with that music industry fails so much in the ESC, which is so beloved there… Maybe they could try to sing in German, which would give a stronger impression. Like Laing in 2015 with Wechselt die Beleuchtung http://www.myspass.de/shows/tvshows/unser-song-fuer-oesterreich/LAING-Wechselt-die-Beleuchtung–/21606/

In other news: Tijana sung an acoustic version of the serbian entry. https://youtu.be/ds1OeDkpLm4

Am i only one who likes the song?

Guys off topic, but do we haveany news about semi finals’ running order?

Automatic qualifiers : 1. Italy – just because everybody is talking about him, but the staging can betray him, some viewers might think is childish. 2. Spain – he has the voice and the personality for this type of song, Spain can be like Malta 2013 3. Ukraine – they have luck with a rock song, some people vote only for this genre, otherwise the host is not seen as a candidate to win again 4. Germany – I just see Levina being more sure of herself and having a better staging than Alma 5. France – she needs to… Read more »

Out of 15 entries that finished last in the grand final since 2004 (including ties in 2008 and 2015), ten came from automatic qualifiers (among them four from Germany). Since the re-introduction of jury voting in the semi finals (2010), only between 2011 and 2013 the last placed entries had qualified from the semi finals (possible explanation: following Germany’s victory in 2010, the big 5 generally showed bigger effort and hence did better overall). I think the only automatic qualifier that can save “Perfect Life” from last place is the Spanish entry (making myself ready for a thunderstorm 🙂 ),… Read more »

i think it’s possible for her not to get last place in the final. it all depends on who will squeeze through the semi-finals.

btw, her being in georgia is kinda random tho. i was asking myself, “is there a georgian pre-party i didnt know about?”

she’s cute and she has very good tastes, she likes Blanche ans Alma

Why does the interviewer interrupt her so often?!?. This makes my quite angry and it’s not fair…

Is not using the versions made for the other Unser Song finalist not an option?

But over-all, the song itself has grown on me. 😀

Yeah, I’m just hoping moving forward in her career, the public don’t associate the song too much with her (in case it doesn’t perform well results-wise). I can listen to her voice all day (her Adele cover was amazing), and I actually like Perfect Life, but I wouldn’t want the public thinking she’s just a middle-of-the-road singer when she’s clearly talented. With good staging and a good running order (i.e. not sandwiched between two powerhouses like Azerbaijan or Italy), she might finish on the top of the right side. Don’t wanna speak too soon, but I’m sure she’ll deliver her… Read more »

‘But the fact that Germany has finished last two years in a row means she can’t do any worse.’

Well, if she comes last this year, she won’t have done any better. They really should have let her send a different song.

Btw, the picture above looks so endearing, it’s like a 1970s prom night photograph. 🙂

I think she’s better than the song and I feel bad for her because we just have to expect to finish in the bottom five again.

Here’s the problem with the song: It’s just an assembly of musical and lyrical platitudes. Anybody could sing this song and that’s what makes it so random. If we take a look at the top five last year, we can see that each of the songs was a perfect match for its respective performer.

I really like her and the song is growing on me.

Is it just me or would Rezo be the perfect Boyfriend for all girls he’s interviewed?

I don’t care on rezo. Will Denise come to Kjiv

That was a perfect interview from Levina, she was very sweet with Rezo as he asked his questions, and she was articulate and expressive. She seemed really kind and I’m really endeared to her the more she does 🙂

Nothing can save that song and I don’t see hope for the future. Germany will look for songs in UK and Nordic countries, the same mistake over and over again. Hope ESC will stay in East or South (I like Dying to try-Ireland though). I want so much for Manel to win it all (don’t laugh).

I like Levina. She has quite a deep voice, which strengthens in the lower range. The problem is that “Perfect Life” is about three keys too high for her – she’s doing a great job with promotion; I just wish she would push to change the song a bit more rather than just promote it. Best of luck to her; I think she’ll have a good career anyway.

She’s nice and is a great singer. Shame her song is awful

Guys, Is Rezo coming in Kyiv this May? He is so sweet :*

good luck levina from Georgia …i saw her on Georgian TV show and she is really nice girl..

It could explain the meaning of life – it’s still one of the dullest songs in existence and firmly on the bottom right hand corner of the scoreboard. She should have revamped the absolute hell out of it – into a completely new song. Poor levina – she’s actually a great performer