He gave Portugal its first win at the Eurovision Song Contest in May, and has had a packed schedule of performances and appearances since then.

But amid all of that Salvador Sobral has found time to join the Alexander Search project as the lead vocalist, singing under the name Benjamin Cymbra.

Yes, this may be a little confusing, but when working with the group Salvador goes by Benjamin. That’s because the Alexander Search band (created by pianist Júlio Resende) is inspired by Portugal’s famous poet Fernando Pessoa and the time he wrote in English while living in South Africa.

Pessoa is known for his countless heteronyms — one of them being Alexander Search — so every member of the band adopts a different character when on stage. Stop scratching your head and just go with it.

Salvador, err, Benjamin, lends his voice to the group’s 14-track album, which draws from a variety of genres. From indie-pop to electronic music to a bit of rock, Alexander Search occupies a new space in the Portuguese music industry…and one that few imagined existed until now.

“A Day of Sun” is the band’s first single and wiwibloggs had a quick chat with music expert and Portuguese Eurovision commentator Nuno Galopim about the surprising project.

“It is always a big challenge to dig into Fernando Pessoa’s writings and looking for what can work out as songs,” he says. “These words were the primary building blocks of a musical idea pianist Julio Resende worked on with a band tailored to honor a great poet.”

Known for his on-point music reviews, Mr. Galopim adds: “Alexander Search is a rock vision by a jazz pianist featuring electronics and the unique vocal approach of Benjamin Cymbra (Salvador Sobral). And what a delight this first single is. Moody, dreamy, but also adventurous.”

“The piano leads the way, but soon electronics spiral around, setting the scene for the voice. And then it’s up to the vocal line to deliver the song. An ambient ballad, ‘A Day of Sun’ balances light and melancholy, but like the title suggests, its a shining thing. And just one of the many reasons to dive further into the album.”

Alexander Search are set to take the stage at the “Super Bock Super Rock” music festival this summer, kicking off their first album tour in one of the best summer music festivals in Europe.

What do you think of Alexander Search’s first single? Do you prefer Salvador Sobral’s solo album to this one? Tell us in the comment section below! 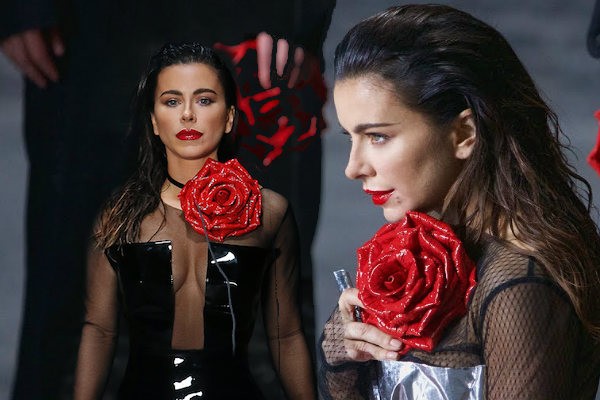 pride is on, go and dress up as rainbows and act the stereotypes you so clearly are

Geez, If y’all think that music that does not sound like “Amar Pelos Dois” and sound slighty pop considers as “Fast Food Music” then ya’ll are nothing but a bunch of idiots.
Salvador haters, you tried. you tried.

We tried to understand you point but failed. But it seems to be big talk from someone who can’t spell “y’all” correctly twice in the same sentence.

It seems to me that you are too dumb to understand. I guess you change your fast food diet because it’s damaging your brain cells.

Now guys, take a decision why you don’t like it. Is it a sleeping pill or is it fast food… And for the ones who claim that it is fast food and that have said that they like fast food and didn’t like the fact that fast food was attacked, you should be happy and enjoy it, no?… I get confused…

Fast food music??? There is nothing of “fast food” about “A Day of Sun”, especially bearing in mind the whole album. This is great music. Also, consider the lyrics, written by one of the most important poets in the world! Do not let your resentment distort your judgments…

Love it! This album is sooo beautiful. 🙂 🙂

more boring sleep inducing songs from salvador, congrats it’s gonna flop even in portugal, he sounds like he is is bored to sing
it’s out for a month and has only 52,000 views FLOP

I think they’re pseudonyms, not heteronyms. Then again, it’s so hot today that I can’t think straight anyway. I guess I just don’t get it.

No, a pseudonym only involves the adoption of a different name, while Pessoa’s heteronyms are imaginative characters, with heir own personalities, biographies and writing styles: https://en.wikipedia.org/wiki/Heteronym_(literature)

Oh, right, I was thinking in terms of linguistics, where a hetronym is something entirely different.

Seriously?! This is poetry (and by one of the most important poets from the 20th century Modernism). Did you even pay attention to the lyric message?

Did u just say Fernando Pessoa is fast food?? No comments needed….

they sound like a poor man’s coldplay, very fast food and unoriginal

Do you even know what fast food music is? ‘Cause that doesn’t sound bland or corporate pop at all. Just because it’s electronic and not just ballads doesn’t make it fast food.

I listened to the album a few days ago and I’m obsessed with the song Regret ! The lyrics of Justice !!! Every song has something special.

There was a land, which I suppose,
Where everyone had a crooked nose;

And the crooked nose that everyone had
In no manner did make him sad.

But in that land a man was born
Whose nose more straight and clean was worn;

And the men of that land with a public hate
Killed the man whose nose was straight.

The feeling of imagining yourself somewhere else than youself beeing is just too appealing to intoverteds and writers, like myself, so this music just magnifies it.
Also I wish salvador can acomplish him mission of performing worldwide, eventhough he can’t at the moment leave the country. I wish him all the best, as he tryly is wanted!

Fernando Pessoa is such a blissfull inspiration! May they have more beautifull songs to come!

The other songs in the album are very beautiful indeed: https://open.spotify.com/album/7vCZxWHjn9DrPDxzSYjpa4

A Portuguese musical project, inspired by a famous Portuguese poet, sung in english!!! wow!! Where are now those Portuguese fans that criticize anglovision? ahah

Fernando Pessoa lived in South Africa in his childhood, so he was bilingual. He wrote mainly in Portuguese, but also English.If you don’t know that, well, you should, since he is one of the most brilliant poets of the 20th century worldwide.

As I said, choice of language should be part of creative process, not imposed.There are many Portuguese bands that sing in English. So, what’s your point?

Yes, Luísa Sobral, for example, composes in English as well as in Portuguese, because she lived in the US for 7 years, so she’s fluent. The point is that, when you’re representing your country in an international competition, you should be singing in your own language. Of course, you can sing in English, but it’s just silly. Some of the singers that go to Eurovision with a song with English lyrics don’t even speak the language. And most of the times, nobody understands what they’re saying anyway.

This album is pure summer music for a road trip or lounging at the beach.