She represented Spain at Eurovision 2002 with her feel-good track “Europe’s Living A Celebration”, helping Spain achieve its highest domestic ratings for Eurovision ever.

And Rosa López is still shining bright, as evidenced by the premiere of her own reality show “Soy Rosa” (I’m Rosa) last week.

“Why does Rosa López have a reality show?” you ask, raising your eyebrows from behind your laptop? From a p.r. perspective it’s a good move: the show premiered shortly before the release of her new album Kairós, which dropped on Friday and marks her first album release in five years.

On this week’s episode she confessed that her ultimate dream is for former president of the United States Barack Obama to listen to her album. And, turning her dream into a total fantasy, she also wants to sing with him. We’ll be waiting for the season finale to see if that happens.

What has Rosa been up to since Eurovision?

Rosa remains the most remembered contestant of the first edition of Operación Triunfo, which debuted in 2001. But she isn’t necessarily remembered for the right reasons.

While her counterparts have moved on and forged rather stellar careers of their own, the “Europe’s Living a Celebration” singer hasn’t lived up to their achievements.

None of her singles have surpassed her Eurovision song, and none of her albums have been particularly successful.

It’s not down to her talent or lovely personality. A major setback came when she suffered a vocal infection that kept her away from the stage for more than a year some years ago.

Here’s a useful comparison to flesh out how she stacks up to her former competitors.

Following Eurovision Rosa took part in Your Face Sounds Familiar. Chenoa, who finished fourth in the same edition of Operación Triunfo, served as one of the judges. Ouch!

In any case, we hope the reality series helps Rosa take her career to another level. The ratings aren’t particularly impressive thus far. But at least she has a show all about her.

What do you think about Rosa’s dream? Will Barack Obama listen to her music? And have you watched the show? Tell us in the comments section below! 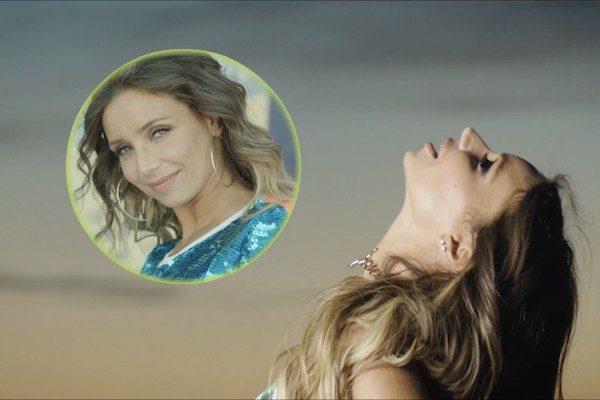 Operación Triunfo probabily was in the end of 2001.

Are the so many ‘Ouch’es in these articles from Spain a veiled promotion for their OGAE entry?

No. It’s just that we used it so much during the NF season that it’s become an habit hahaha

“The ratings aren’t particularly impressive thus far…” Well, that depends on who you ask. Ten, the channel that airs the show, had an average 0.4 share rating in June, so a 0.9 is awesome for their standards