He treadmilled his way to a Top 5 placing and cemented Sweden as a true powerhouse of modern Eurovision with his up-tempo track “I Can’t Go On”.

Since then we have struggled to go on as Sweden’s Robin Bengtsson teased us about his top secret new track. But the wait is now over and the secret is out. Robin has turned down the neon lights and channeled his mysterious inner man, releasing his latest track “Dark Angel”.

His first track since Eurovision, “Dark Angel” is a moody pop song about the temptation of lust in the face of love. He sings with dark biblical undertones, calling his lover his ‘dark angel and the devil on his shoulder’. Robin’s Timberlake-esque tones shine brightly through the darkness, harmonising beautifully with the synthesised arrangement.

From serving country-pop realness with “Constellation Prize” to up-tempo dance slayage with “I Can’t Go On”, the new track proves that the consummate professional Bengtsson is no one-trick pony. He brings it and it’s so freakin beautiful.

Bengtsson has been a busy man since performing on the Eurovision stage in May. He spent the Swedish summer traveling around his home country as part of the “Diggiloo” tour alongside the 1999 Eurovision Song Contest winner and Swedish pop-queen Charlotte Perrelli and Melodifestivalen favourite Wiktoria.

Robin also proves that his talents extend far beyond the treadmill, serenading his ‘Robbers’ to a stripped back performance of Sam Cooke’s “Nothing Can Change This Love”. Sugar and spice – Robin’s all things nice!

Since Eurovision, “I Can’t Go On” has gone from strength to strength, peaking at number 2 in Iceland and Lithuania and number 3 in Sweden. The official video has over 12 million views on Youtube, proving the Swedish maestro with the baby blue eyes sure knows how to slay.

Are you feeling the mystery in Robin’s new single? Do you think you can work “Dark Angel” into your treadmill routine? Let us know in the comments below. 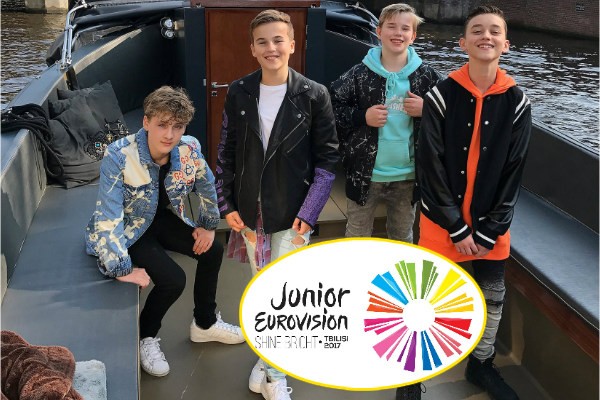 Both Trent and Bengtsson didn’t make it for me this time. Not a fan of build ups like here.