The submission period for Latvia’s Supernova 2018 closes on Sunday, October 15, kicking off the Latvian selection process for Eurovision 2018.

This cycle marks the fourth season of Supernova, Latvia’s rebooted effort to find a Eurovision star, which came to life after a very unsuccesful period where they missed the Eurovision final for six consecutive years.

The 2017 season was partly overshadowed by the newly introduced Spotify stream voting, which led to some suspicious voting data. This sparked an investigation by LTV just before the start of the first heat.

Supernova 2018 brings several changes, such as the jury. Three-time chairman Kaspars Roga, Brainstorm’s drummer, will leave the jury panel due to touring activities with his band in Russia. He will be replaced by producer and music editor DJ Rudd.

DJ Rudd, whose real name is Rudolfs Budze, has had a long career in music producing and house music. DJ Rudd was previously a jury member during the semi final of Supernova 2017. As he told the broadcaster, he thinks that the fourth edition has a lot of potential.

“I see the fourth season as the beginning of a new phase. Three years is enough time to objectively assess the achievements and mistakes of the past. I’m looking forward to listening to the songs… I look forward to good compositions and determined, able performers.”

After the closure of the submission period on October 15, the songs will be judged by Latvian and international experts. Then, on November 5, the songs will have to go through a selection panel who will decide which songs will be part of Supernova 2018. The show will consist of three semi-finals and one final.

The 2018 edition also marks the first year that LTV will allow foreign musicians to co-author or co-produce a song as long as they don’t make up more than 30% of the actual personel behind the song. LTV hopes that this will help improve the quality of the songs (and in this post-Aminata era). Music export Latvia also initiated a songwriter camp inspired by their neighbour’s Eesti Laul writing camp. Next to that, the minimum age requirement has been raised to 18, meaning that acts like The Ludvig won’t be able to participate in this year’s competition.

Are you excited for Supernova 2018? Let us know in the comments below! 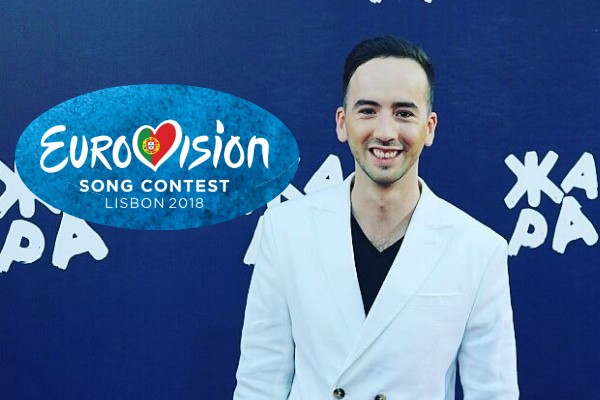 On-topic: Will Markus Riva try again? I’d like to see Masha give it a shot. Her “Mr. Presley” video (https://youtu.be/4otNoU5_Ia8) is as steamy as it can get. Then again, I wouldn’t mind Justs or Aminata giving it another shot.

Off-topic: San Marino will have an announcement on Tuesday, October 17. If the announcement is THIS early, I think they are going to withdraw from Lisbon 2018. If not, and they have made their selection, I’m afraid that Ralph Siegel (and possibly Valentina Monetta) may be involved yet again, especially after BHRT (Bosnia/Herzegovina) gave him the thumbs-down.

Lots of pictures of Triana Park in this story, even though they have nothing to do with it.

Azaad just asked why 16-17 year olds are banned from performing at Supernova. Hopefully the minimum age for Supernova changes back to normal in 2019. 🙂

why do you always go on about young performers’ age? and on other websites, kind of creepy…

yes, I noticed that too eww

agree, I hate that so much, I mean she sometimes comments something about age even tho it’s not related to the article at all…

Why are 16-17 year olds disbarred from performing? Kristian, Illanca, Blanche and Isaiah all did well this year…

You’re lucky that the minimum age for Eurovision still remains 16! 🙂

Ok. Let’s just hope all the other countries keep 16 as the minimum age.

Actually there was a rule about being 18 years old last year, The Ludvig just happened not to read the statement and therefore proceeded to be lucky as LTV did not want to sacrifice the song.

Ok. If Latvia and (possibly) the United Kingdom want 18 and older, will all the other competing countries at Eurovision still allow 16-17 year olds? I hope so! Performers who between the ages of 16 and 17 shouldn’t be left out! 😮