The mounting allegations of sexual misconduct against producer Harvey Weinstein haven’t just galvanised discussions about assault in Hollywood. They have also compelled millions of women to speak up against the harassment they’ve faced in their own lives. Two small words — #MeToo — have taken on huge significance, and become a battle cry for anyone who has suffered at the hands of a sexual aggressor. Among those courageous enough to speak out on social media in recent days are pop icon Lady Gaga, model Suki Waterhouse, gymnastics legend Tatiana Gutsu and actress Alyssa Milano, who is widely credited with starting the campaign.

Eurovision stars live and work in the real world and are not immune to harassment. And now a spate of Melodifestivalen singers are adding their voices to the chorus of women exposing the scale and magnitude of the problem.

Carola, one of Sweden’s most revered singers of all time, shared her harrowing incident on the Gry & Anders med vänner radio programme on Mix Megapol this morning. Her commentary has subsequently been shared in Swedish newspaper Expressen.

Carola, now 51, says that she suffered abuse while at a sports camp for children.

She says that a woman lured her and a friend to her hotel room and locked the door.

“I thought she would hit us,” the singer remembered. “Then she took off our clothes and touched us. I grabbed my friend and said ‘now we run’. I do not think I told anyone until I got older.”

Speaking to the Expressen newspaper, she said she worried the woman may have a weapon.

“As soon as we got inside the door, she closed the door and locked it. Then everything became serious. It was really unpleasant. It was horrifying indeed. You did as she said and we would take turns and sit on her,” she says.

“She was holding us firmly and violated us. She threatened us. I was afraid she had a gun.”

Sexual harassment and bullying can leave the victim feeling helpless and ashamed. That shame — and sometimes fear of reprisals — can lead to a lifetime of silence.

But younger stars are hoping to end that cycle right now.

Wiktoria suggested there is help and hope for everyone.

On Tuesday she shared an Instagram image of the words “Me Too” along with the caption “Never Alone.”

Melodifestivalen veteran Molly Sandén went even further, sharing a snap of herself in a red t-shirt that read “Body Rights”.

She added a lengthy caption recounting an incident that happened when she was 14 — and which left her suffering from stress and anxiety for several years.

Following one of her first gigs, she was watching a movie on a tour bus while an unnamed man served her wine.

“A bit into the movie, he suddenly takes a tight grip on my neck, twists my head and pushes his tongue into my mouth while he is touching me.”

“I try to put him away, but instead he takes my hand and forces it into his underwear. Everything happens so fast and everything is spinning.”

She added that she felt “sick” and “paralysed”, and that he said everyone does it and no one will ever know.

But with Molly and others using their vast platforms to inspire others, soon many more will.

We applaud these stars — and the many others — who have gathered the courage to share their difficult stories. It’s only by raising awareness and letting others know it is OK to speak up that we can start to turn the tide. 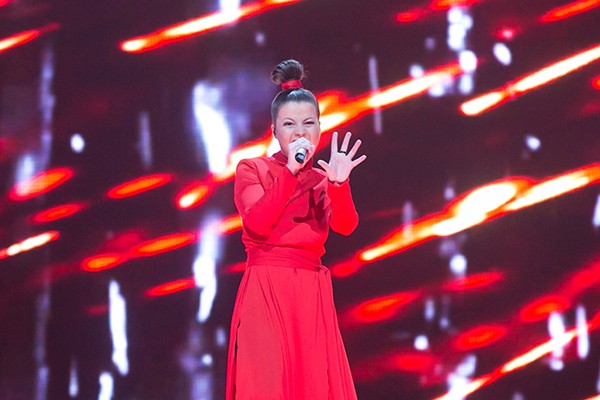 That woman raped two girls in the same incident. Very dangerous person, Carola was right to fear her. And has all the data to be a serial rapist. The story sounds almost unreal.

This is sick. I don’t know why people feel as if they have a right to anyone else and feel the need to do this crap. Gosh, I hope they are all exposed.

As mentioned in the article, one common theme of gendered harassment is the shame victims feel. It often takes years for people to acknowledge they’ve been victim of a crime. This points to a larger systemic problem at play in regards to attitudes towards personal boundaries and consent.

I am really sorry so many people experienced sexual assault and my heart goes out to all who have. It is good to see people speaking out against (sexual) violence that is unfortunatelly so common.

Amen! It’s so important to have role models standing up to this sort of stuff.