“Everything that I ever wanted has fit in those four minutes”.

That’s how Marija Serifovic describes her new song “11” — a powerful, emotional ballad about eternal love — on her Instagram profile.

The Eurovision 2007 winner — who also celebrates her 33rd birthday today — released the single three days ago. And in that time it’s already amassed more than 1.5 million views and sits atop the list of Serbia’s trending videos. To say she’s still got it is an understatement…

“I have managed to prove that urban does not have to be cold and soulless, and that ‘folk’ and ‘generally accepted’ do not have to be mainstream,” she wrote on Insta. “’11’ is a scream for something bigger, better, different.”

“Sometimes all the songs come together in one. Sometimes just a few words are enough to describe a whole life and you just feel that you are a part of something big that will live on long after you are gone. Enjoy!”

Strings, along with Serifovic’s distinctive vocals, accentuate the emotions found in the song, which was written by Bane Opacic — the talent behind most of her recent hits.

Speaking of the meaning behind it, the “Molitva” singer told Serbia Today:

“The song is dedicated to all those first and truly great loves that we go through, and it seems that the audience has recognized this, and I am very pleased with it.”

The lyrics capture the overwhelming nature of first love. As she sings:

Although you are not my blood, you are my soul,
A flower blooms rebellious when it falls in love
And everything will be only copies of this love
Because they will not know how to deal with you
Everything that is the best in me is a gift to you.

“11” was released on the 11th of November, at 11:11. Speaking to Alo, Serifovic unpacked the signifigance.

“It is a date that has been significant for me on more than one occasion. Also, I was born in November. Eleven is my lucky number. In my life a lot of great things that have happened to me have somehow been connected to that number.”

The music video for the song stars young actors Tijana Pecenic and Aleksandar Vuckovic. It was shot in Paris.

“11” marks the beginning of what will be a busy period for Serifovic. 2018 will see her performing in the United States, Canada and Australia. The dates are:

What do you think of Marija’s latest effort? Do you feel the power of “11”? Tell us in the comments section below!

Although you are not my blood, you are my soul
A flower blooms rebellious when it falls in love
And everything will be only copies of this love
Because they will not know how to deal with you
Everything that is the best in me is a gift to you
Someone’s hearts starts seeing only when they lose
And you will always be mine, my good news
11 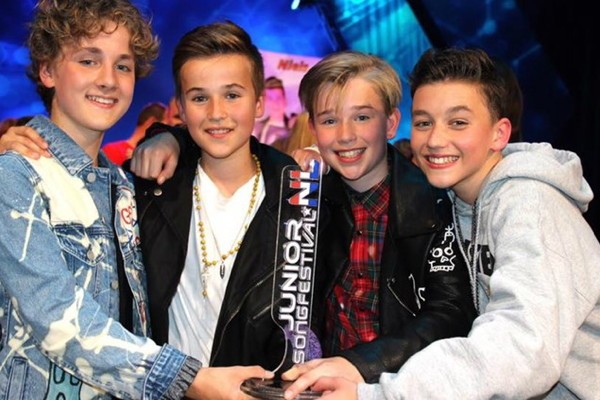 JESC Wiwi Jury: The Netherlands’ Fource with “Love Me”

Very sweet lyrics and beautiful song. I’m glad she still has it after all these years.

I googled about it and apparently there are many Serbians living in Des Moines.

Yeah, the Midwest is full of Balkan immigrants.

It’s beautiful. I really love her, still one of my favourite and most deserving winners.