‘Tis the season for retail giants to break out their Christmas ads. This year UK fashion retailer Peacocks has debuted their seasonal promo, starring Jedward. The Irish twins star alongside other iconic contestants from The X Factor UK.

The guests join in with Jedward’s festivities, and before you can say “ho ho ho”, a chaotic Christmas carnival erupts.

While Honey G delivers some of her notorious rapping styles, the Grimes brother also bust out a few lyrics. Their last rap single was “Oh Hell No!”, the theme song for the 2015 film Sharknado 3: Oh Hell No!

The choice of rap performances ties in with the ad campaign’s puntastic slogan: “All you need to do is the wrapping.”

The retailer has also released a behind-the-scenes video, showing the method to the madness.

In the video, John from Jedward shares his confidence in the ad, “I feel like this is going to go down in history as the best Christmas commercial to ever exist on the whole planet.”

Edward big-upped the rap collaboration, saying, “It’s so memorable. You’ve got Honey G, Jedward, Wagner and Sam Bailey. We’ve never been in the same room together. I never thought that we’d be collaborating with Honey G. This rap is sick and it’s gonna shut it down.”

John added, “If Tupac was still around, he’d wanna be on the track.”

Up next… double the trouble and double the fun. @jepicpics are BOTH looking for love and even separated to travel the world to find their special ladies ?. What are they looking for? Let’s find out #MTVSingleAF

Over the series, John and Edward — working as individuals, of course — will travel the world and go on a series of dates, looking for that special someone.

And they seem to be doing alright out of it. Casey and Elliot have been heard complaining that the Grimes brothers are doing better with the ladies than they are.

As the series continues, we will see if Jedward do eventually find love.

What do you think? Which Eurovision stars would you like to see appearing in a Christmas commercial? Share your thoughts below! 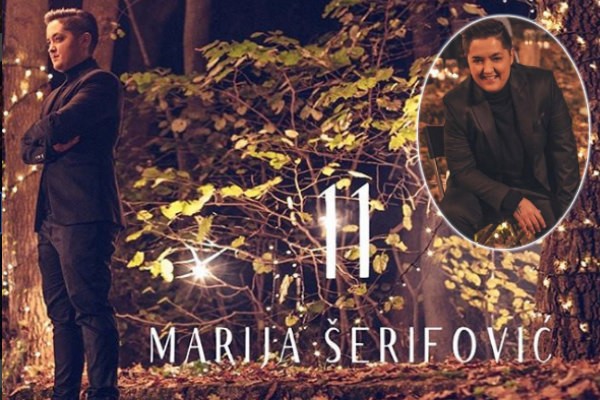 That’s me not shopping at Peacocks any time soon! Oh… and if Honey G ever represents us at Eurovision, I will officially give up all hope of us ever winning the damn thing ever again!

Lovely ad with Jedward but what is Sam Bailey doing there? such a class act does not belong with these novelties.

Rudolph the Reindeer
Reply to  Hada

It’s the right time because these ads don’t have a life after december25.

Honey G is a real woman, without beard like…other. She is funny and entertaining.

Charli Cheer Up
Reply to  let it snow

Ew no! Ireland sent a joke entry and it took YEARS before they were finally taken seriously at ESC.

Why would you say that when the most successful act from Ireland, in recent years is JEDWARD.

I guess you must be talking about Dustin The Turkey, and after only 3 years they did well with JEDWARD, that for many is still joke act.

I love this ad! It’s such fun and very Christmassy! Just what need to cheer us all up in these oh so serious times!

I love this ad, it makes a change from all the “let’s see who can make you cry most” competition that the rest of UK retailers seem to engage in. Of course one may argue that I’m biased towards Jedward, but seriously, who wouldn’t want to wake up and find them in their Christmas stocking?

Honestly, Jedward make Christmas (aka Jedmas) so much more enjoyable 🙂

Why? Christmas is fairytale.

It would be funny if Honey G represented the UK at ESC!

When I say Honey you say G. Honey G!
It would be super if Honey G would represent UK, and if will be higher than Saara Aalto. I’m afraid UK will keep their recipe of sending another Lucie Jones, some look alike.