Another week, another two episodes of The Next Star for Eurovision 2018 — Israel’s marathon national selection for its Eurovision Song Contest star.

On this week’s episodes, we got to meet another interesting mix of singers, from IMRI‘s backing singer to a former gangsta rapper.

As ever, we’re going to take a look at the lucky ones who passed their auditions and who will continue to the next phase of the show. Haostri
This group has been together since high school, where they named themselves Haostri (In Hebrew it’s the singular word for “The Austrian”), although they have nothing to do with Austria.

The band played their original song “Tavi Ta’Chevre” (Bring on the Gang), a song full of full vibes about living life without too many worries.

Most of the judges got those cool vibes except for the notoriously difficult judge Assaf Amdursky. Previously known as the gangster-rapper D. Black, Nissim was born in Seattle, Washington.

He became Jewish four years ago and moved to Israel and now he’s the religious Jewish rapper Nissim — quite a change!

During his audition, Nissim sang his recent single, “Fly Away” , a song that he released in May this year and that has over 1 million views on YouTube.

Nissim impressed the judges only partially during his audition, since he used a pre-recorded backing track with his voice.

However, looking forward to hearing more from him, all four judges voted for him,  with a total score of 73%. Shelly Mogilevski
Shelly, 16, spends most of her week at boarding school. On weekends, she comes back home and sings together with her family in hotels as a trio.

Her amazing voice shone during her audition, but the opinions were divided as only half of the judges voted for her (Harel Skaat and Static & Ben El Tavori). Sarit Hativa
For Sarit, 23, the stage was a dream since she was a little girl.

As a teenager, she went to many events and asked the people in charge to let her go on stage and sing.

While getting a lot of NOs, she didn’t give up and eventually got some opportunities in clubs and bars, where she gained a lot of experience during those years.

While she does know how to sing with confidence, and even does it very well, she didn’t manage to score the required 70% in order to pass her audition.

The hosts — who can save contestants during the auditions phase this year — threw her a lifeline.

Audition score: 61% (votes from three judges) – Saved by the hosts Ella Rubal
Ella, 25, might be very young, but she’s already a mother to a two-year-old boy.

She faced many auditions but always got a no in all of them. This time she barely managed to get the 70% score in order to qualify for the next phase of the show.

The audience didn’t give her a high score but yet three out of the four judges (except for Assaf Amdursky) voted for her at the last minute. Rising from poverty and extreme hardship on the streets of Netanya, Axum is an in-your-face, one-of-a-kind duo that has broadened Israel’s definition of hip-hop, reggae and dancehall with their unique Middle Eastern and Ethiopian sounds.

They brought some really cool vibes into their first audition with their original song “Arnevet” (Bunny) and convinced most of the audience and the judges (except for Keren Peles) with their uplifting performance. In 2016 he made it to the final of the national final in Israel with “The Beatbox Element”.

But guess what? Even though he lost the local competition in Israel, he still made it to Eurovision, as an offstage backing singer for Hovi Star.

One year later, he was on the Eurovision stage again, backing our IMRI.

If you paid attention to this year’s competition, you know that Almog is the second backing singer of IMRI that auditioned in the show, as we already met Alon Sharr from “The Choice”.

Almog really impressed everyone during his audition with his special voice, although he wasn’t perfect as the judges expected.

Perfect or not, most of the judges (except for Assaf Amdursky) voted for him as well as the audience, with the highest score of this week’s episodes, 82%. 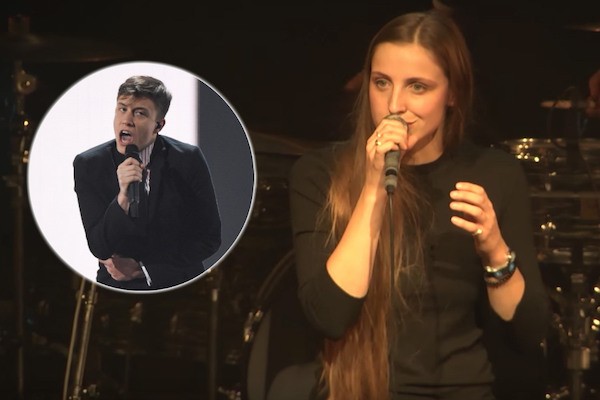 Ron – I have to say : – Assaf is not ” notoriously difficult judge “. Assaf is just looking for the best vocalist. If you follow his comments, you will see that he knows exactly what he is talking about. I trust him more then all of the others combained. and by the way, he is good musican as well. check this song : https://www.youtube.com/watch?v=ymde117FMAA

i know i’m obviously biased because Shelly is my best friend, but he was needlessly rude to her and her family. his comment after the audition was “your voice is too mature and it’s confusing me”. she understoon and respected the other judge’s opinions but there’s really nowhere she could’ve taken that. she can’t use it to get better. she was very upset about it all the way back from the audition. it’s a singing competition, not a “what i like” competition. also when her and her parents (who are lovely people) were singing, he was making really mean uncalled… Read more »

shelly is my best fried and she’s the best singer i know! she was amazing

Lolll they went to far with the backing vocalists…