In December he teased his collaboration with R&B-acid-house group SEL and his potential participation in Eurovizijos Atranka 2018.

And while he’s now confirmed that Eurovision is not happening, Donny Montell has finally released his “Nieko Verta” video, made in conjunction with the aforementioned quartet.

Published on Thursday, the video had already amassed more than 110,000 views by Friday afternoon — a fact Donny celebrated on his Instagram with a picture of the YouTube clip.

“Today we’re trending,” he captioned the pic, along with a series of exploding bomb “we are lit” emojis.

The song title means, which translates as “Worth Nothing”, tells the story of a girl who cheated on her beau — but now wants to get back together.

Unfortunately for her Donny values his own worth and isn’t having it. She can beg and plead, but he’s moving on.

As you’d expect in a song created with SEL, it has a hard urban edge and features plenty of rap flourishes.

As his apparent duet partner jokingly told news site 15min: “I think our experience and this piece of work are exactly what we need for Eurovision.”

Donny subsequently went on Instagram and shared the following screengrab of the article, whose title reads “Egidijus Dragunas and Donny Montell want to shake up the Eurovision scene.”

He captioned the photo: “And why not!?… third time lucky, let it be with Egiu. What do my biggest Eurovision fans think?”

Some fans assumed that was confirmation of a Eurovision bid. But on Friday SEL confirmed that they are not entering Eurovision. And at a concert last week Donny said that SEL had not turned up for promo shoots for the song.

So, as much as we’d love to see Donny hit that stage again, we’ll definitely have to keep waiting.

What do you think of Donny’s new song? Are you loving the collab? Poll: Who should win Festivali i Këngës 56 and represent Albania at Eurovision 2018? 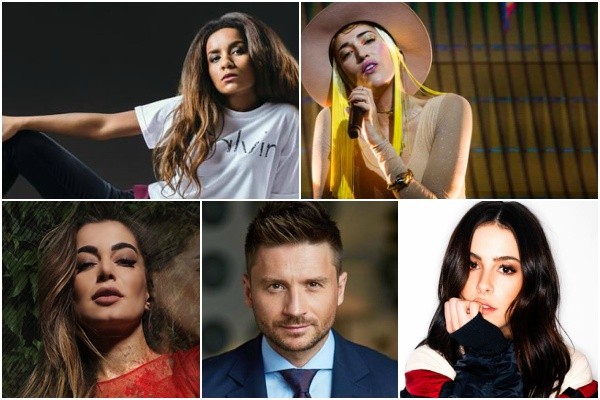 It was all bluff in first place. SEL is definitely not a patient guy to deal with a 3 months marathon of criticism.

The song is a weak one, anyway! Donny needs a banger if he ever wants to come back to Eurovision some day!

Sel finally clearly stated that they won’t be going to Eurovision.. And as I went to Donny’s concert last week, he also said that it was almost impossible, because Sel does not even attend the planned photo shoots, not to mention something else..
So it’s quite clear.