The Wiwi Jury — our in-house panel of music unprofessionals — continues to listen to and rank the 20 songs competing in Eesti Laul 2018. Next is Miljardid with “Pseudoprobleem”. Did we have a problem with the song? Read on to find out!

Angus: This song doesn’t have a pseudoproblem, it has issues. A sluggish pop-rock hangover from the early ’00s, it fails to land any of the hooks that should draw you in. It plays like an album track you have to endure in a gig to get to the singles you actually like and care about.

Chris: Reminiscent of a handful of (mostly poor) British bands from the ’00s, it doesn’t feel like Miljardid are going to be troubling the top spots of Eesti Laul. That being said, “Pseudoprobleem” is listenable for three minutes and ultimately doesn’t do anything that wrong. It’s just not a winner, and that’s fine.

Deban:  “Pseudoprobleem” sounds like a dated Jamiroquai-inspired B-side. Decidedly folk, but lacking in musical direction. It plods on like a jam session without any clear musical purpose. Yes, I respect their right of assembly, but I just wish that it wasn’t at my expense.

Robyn: “Pseudoprobleem” is a bop, but it sounds like Miljardid is on the verge of erupting into a 15-minute jam session. But this “wedding band gone wrong” style works for them. The song throws in all sorts of genres and styles, all tied together with the new wave shoutalong chorus. In the name of all that is good about Eesti Laul, this needs to be in the final.

Sebastian: Beige at its peak, “Pseudoprobleem” is not extraordinary, but extra-ordinary. Super repetitive, a little cringe and travelling nowhere in three minutes, its composition feels like something thrown together by random jamming buskers. There’s little to motivate any kind of emotional response to this entry. Different is always good – but do different, good.

Steinunn: Not the worst song I‘ve heard, I actually quite like it. But I‘m finding it difficult to imagine it working live on TV. It has a rather nonchalant and lazy feel to it, like the band needs you to know that they aren’t too serious about it. Maybe that works in some small and crowded club in a dingy basement filled with smoke and smelling like stale alcohol, but they might find it difficult to reflect that on live TV. Maybe Eurovision just isn’t the right place for it. 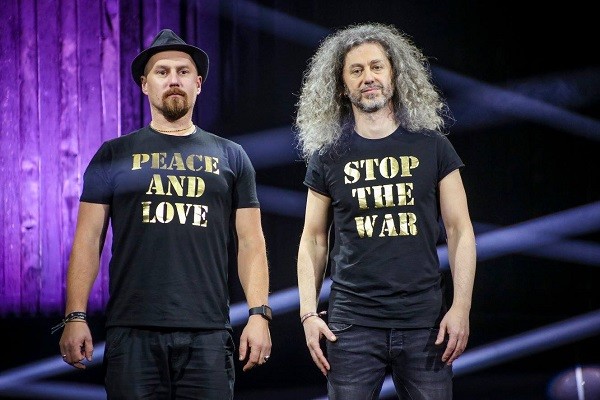 it is music for snobby middle aged radio dj´s who think they are all better than the rest of us. Too limp for me.

No, @Colin, different genres are not hard to rate. Especially not this genre. Jamiroquai was in the 1990s/2000s. This band’s entry is not only decades out of date, it is also annoyingly repetitive. The vocalists are also not great. My lowest score so far this year. 2/10

Didn’t you also give 2/10 to Danica Muscat or Petra in Malta? Could be 2.5/10, though… My lowest rating this season would be Saidy’s ”My Beauty Song” in Moldovan audition phase. That song is a straight 0/10 from me, which is very, very rare. Shockingly, Moldova also delivered by second lowest rating, Denny Feyton’s ”Maybe It’s Love”, which I gave a 0.5/10. Thankfully, neither song is in the competition anymore. For the ongoing competing songs, my lowest rating would be a 2/10 for Petra and Laurence Gray in Malta, and the same for Ruslan’s Come To Life in Moldova (yes,… Read more »

Yeah, I have avoided rating Moldova songs so far because I don’t want to give 0/10 scores. It’s embarrassing.

Did I give 2/10 to Danica? Well remembered! 🙂 Petra I was harsh on; it turned out her stage performance was better.

Some of the Moldovan auditions were so bad they wouldn’t be out of place in You Tube compilations of the worst X-Factor auditions. I could hear Simon Cowell saying that’s the worst he’s ever heard. And by that, I specifically mean Saidy, Denny Feyton and old man Bumbac (although his inability to move on stage even made it cute in a way). Several others were bad too, but Belarus-level bad, which is still a few steps above these. Danica’s song was very weak and the audience voting showed that perfectly. Petra, on the other hand, turned out to be an… Read more »

Actually, songs like Pseudoprobleem, Koplifornia and Energiat song are very hard to rate, as they are quite unique in their genre in ESC. Rating is often helped by comparison. For example, “Sky” can be compared to “Never Forget” or “Once Upon a Time” to realize it’s inferior. “Pseudoprobleem” has hardly anything to be compared to and that can be an issue.

I guess I like it about the same as Sky, so my rating would have to go to 6/10. Too repetitive to be a serious contender, but one has to appreciate the relative originality.

I have a history of rooting for odd underdogs. Pseudoprobleem fits that description. With a title like that, I expected quite witty, even a bit ironic lyrics. The lyrics are… fine, even if simple. But the problem is repetitivness and over-simplicity. It’s an enjoyable track, to a degree, but I will rate it as a 4.5/10.

Literally can be used as the definition for repetitiveness.
A 2/10