It’s the end of our Supernova 2018 journey for the Wiwi Jury. After reviewing 20 of the 21 competings songs, it comes down to just one left. Will our team of music un-professionals discover a new favourite at the very end?

If they do so, it’ll be unorthodox: Riga Reggae make their Supernova debut in 2018. They do so with “Stop the War U2”. Lead singer Horens Stalbe previously came second in Latvia’s Eurovision selection with “Stop the War” in 2002. Will he go one better this time?

“STOP THE WAR U2” Reviews

Natalie: Well, let’s be honest, this song doesn’t exactly have a winning formula. It’s bouncy, happy, and with a nice message, but it’s hard to imagine this one scoring 300 points in the televote. But at least it has charm, a happy atmosphere, and a bit of charisma. Plus, it’s nice to see a peace song that isn’t a power ballad or just guitars.

Antranig: I’m all for reggae at Eurovision, but a cheap and tacky peace anthem is not what I was expecting or hoping for. This could have more of an impact if it was sung in Latvian, because the English lyrics are doing it no favours. All for including more diversity but as a reggae song, it just is not good enough to bring the genre to prominence at Eurovision.

Robyn: In terms of roots reggae, “Stop the War U2” isn’t all that great. The lyrics are simplistic and it misses the opportunity to really make this a rallying cry. But at the same time, there’s something really appealing about this track. The secret may be the live performance. It would be a disaster for Eurovision, but it could be a performance highlight of Supernova. Jonathan: If you’re going to do reggae then you have to be a master at it, otherwise it comes across very amateurish. “Stop the War U2” has no real shape to it, and the song just drags on and on. The most interesting part is the FiK-style guitar solo, which in itself feels rather out of place with the rest of the reggae sound going on. The only reason to be more geared up for world peace after listening to this, is so that they can stop singing this song.

Edgars: There’s comments that this is the worst song of this year’s Supernova, but that doesn’t seem right. It’s great when something different pops up from nowhere – much better that just having all generic EDM songs. There’s still no chance for this to reach the finals though. There’s a bit of a catchy chorus, but the rest is pretty awful…especially that electric guitar solo.

Chris: Irish-tinged reggae isn’t something I knew that I needed in my life. Yet, here we are. Perhaps the biggest complaint is that the song doesn’t exactly make it clear what Bono and friends have done to deserve the shoutout. Obviously, this song isn’t good by conventional means, but it’s enjoyable. Never going to end up being played again after Supernova, but it doesn’t try to be something bigger than it is.

Bernardo: Hell to the no! If you want to do reggae, go ahead — but you need to it properly. “Stop the War U2” doesn’t meet the criteria. While it’s good for diversity in the national final scope, this would be disastrous in Eurovision. The reggae genre deserved to be properly explored and respected. Not the case here.

In our Latvia Wiwi Jury, we have 15 jurors but only room for 7 reviews. The rest of our scores can be found below:

Unfortunately for Riga Reggae, they end up on the wrong side of the scoreboard — coming in dead last. But are they your favourites for Supernova? Let us know your thoughts in the comments below! 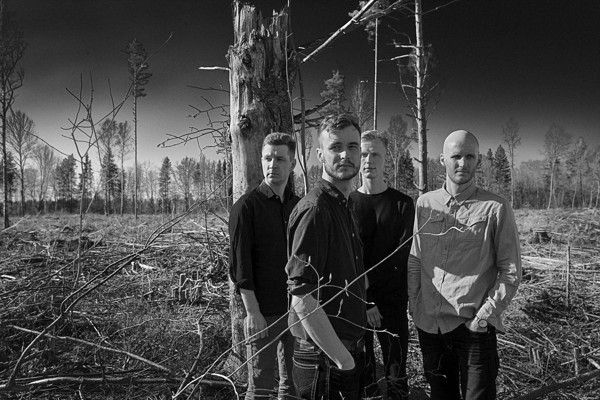 Main problem with these guys are that they’re already Latvian memelords. Horens Stalbe (that old guy) in 90’s created The Dumb Party with slogan “we’ll steal less than others.” Thank god he didn’t made into the parliament. Now he’s again trying to get involved in political discussions, just to get attention.

Doesn’t try to reinvent the wheel but it is what it is. Not the worst song in Supernova, surprisingly. It’s not good yet not bad enough to make me hate it.

As I already mentioned I am shocked that this entry made it to the final. Not a fan at all.
A 2.5/10

Robyn, I expected you to give this a much higher score.