The Wiwi Jury — our in-house panel of music unprofessionals — continues to listen to and rank the 20 songs competing in Eesti Laul 2018. Next is Estonian legend Marju Länik with her song “Täna otsuseid ei tee”. We we able to make a decision about the song? Read on to find out!

Barnabas: It’s always a pleasure to hear songs in the country’s language in the national finals, especially if the songs are good! Marju’s entry is a mid-tempo cheerful song, which makes me chill. Will it make a good impression on the people? We’ll see.

Deban: A folk song underscored by an annoying drum kit. Marju’s voice has a soothing quality, but the framing here isn’t quite right. In her heyday, she would have rejected this!

Jovana: I feel like I have been saying this for a lot of songs, but “Täna otsuseid ei tee” sounds to me like a perfect song for being in a car and humming a song on the radio. It is sweet, positive and Marju definitely has a warm, charming voice. But this is just not a good song for Eurovision. It would stall in the semi-final just like “Blue and Red” did.

Lukas: A song in the Estonian language is already more special and interesting. And Marju‘s song has that positivity and charm which a lot of songs miss these days. Her voice is very soft and just brings happiness each time you listen to it. Overall this is a very good entry but I don‘t know if it would do that well in the Eurovision itself. But in Estonia, songs like these always do quite well.

Rick: You can definitely hear that Marju has a lot of experience as a singer and entertainer. But in fact that‘s not enough. Her song sounds like she produced it especially for people in their 80s – which isn‘t a bad thing. It just doesn‘t fit other generations who watch Eurovision. And it clearly doesn‘t fit my taste! It‘s boring, outdated and not even the beautiful Estonian language can save this.

Robyn: Like Sweden, Estonia isn’t afraid to save room for music legends at its national final. Marju has a decades-long career as a singer and she’s perfectly placed to deliver the breezy “Täna otsuseid ei tee”. This will have most appeal to local audiences, but it will be a welcome addition to the grand final. 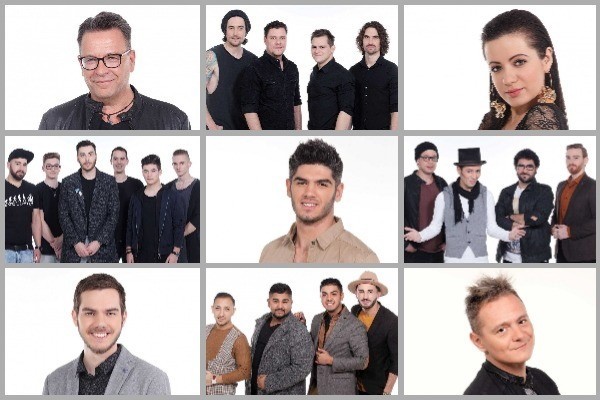 Poll: Who should qualify from the first semi-final of Hungary’s A Dal 2018? Belarus: Wiwi Jury reviews Adagio with “Ty i ya”

Another song that fits a road trip. Beauriful music. However, I’m not a fan.
5/10

I would be surprised if this did not qualify for the Eesti Laul final. Whereas Sweden wheel out their geriatric legends and hand them joke songs, Estonia does it with a little more respect. Ivo Linna had a good song last year and this too, is a good song. It’s not going to win but it’s not going to get pity votes either. Good job.

The music of this song is very beautiful, and conjures up memories of moving pleasant things like rainbows. The arrangement though is light country/folk, which unfortunately softens this beauty a little too much in places. The 2nd minute of this song is particularly sleepy, but it’s redeemed in the 3rd minute with an unexpected key change. Overall, this is a solid entry that’s just not the genre for me, but others will like it. Extra point for key change. 7/10