Estonia’s Eesti Laul 2018 kicked off last weekend, with the first ten acts taking to the stage. And whilst the first semi-final saw favourites like Elina Netsajeva and Stig Rasta perform, some acts in the second semi-final can’t be ruled out.

Four acts will qualify thanks to the jury, with a fifth making it through through the public vote. Ahead of this weekend’s semi-final, we therefore want to know: who is your favourite to qualify?

You can find links to all the songs below. Simply click the song title to find each song, and then you can vote in the poll below:

Those are the ten acts — now you can have your say. As with all of our polls, you can vote for as many of the acts as you like. But you can only vote ONCE, so make sure it counts!

The second semi-final of Eesti Laul airs on Saturday, Feburary 17 at 20.35 CET. Let us know who your favourite is for the show as well in the comments section below. 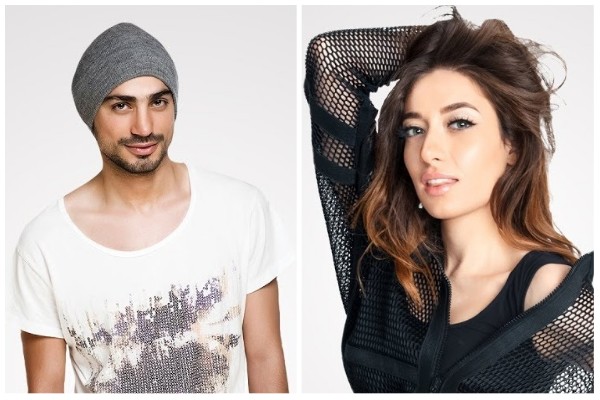 It’s official: Franka will represent Croatia at Eurovision 2018 with “Crazy”

I think there were more good songs in the 1st semi.
My favourites here are (Can’t Keep Calling) Misty and Young (though it sounds repetitive at times.)
Also, I’m looking forward to watch Girls in Pearl and Nika.

Im so excited to see the staging for Nika and Frankie Animal, two very alternative songs that could be amazing with the right staging.. I agree with the top 3 in the poll, those are the only songs I care about here, weak semifinal

Indrek might be good too, so the top 4 is fine as it is

Thanks for this. 🙂
A lot of top choreography going on there. It should be an exciting Semi Final.

Sharing the opinion with other commenters: 7 from Semi 1&3 from Semi 2 would be fair. Out of the 3 two would be pity – votes.

Semi Final 1 was much stronger but Frankie Animal and Nika should qualify here. The rest are not really needed.

It’s ridiculous how all the really good Songs were in the 1st semi… For me, the only good song here is ”Knock Knock”. How will they get five worthy finalists out of These…? My choice for the qualifiers would be : Knock Knock, Young, Misty, Tempel and maybe ”Welcome to my world”, not because it’s good just for diversity reasons lol.

Spellbound All the Way. I love it.

There isn’t one single noteworthy song in this semi, all the good ones were in the first one. Whoever qualifies from this doesn’t really matter to me.

This semi is really compared to the first with all the favourites. I really hope that Tempel, Misty and Knock Knock qualifies, these are the only ones which stand out for me. Young is alright but a worse version of Karl Kristjans last entry Have You Now. I see it qualifying though (the competition isn’t very strong)

They should send in acts from Semi-1 instead! Easily atleast two of the eliminated ones would have qualified had it been in semi 2.