The Wiwi Jury — our in-house panel of music unprofessionals — continues to review the acts from Moldova’s O melodie pentru Europa 2018. Next we listen to Lavinia Rusu‘s pop entry “Altundeva” and to Ruslan Tsar‘s throwback to the ’80s “Come to life”.

Antranig: The biggest strength of “Altundeva” is that it is not in English, which makes it more interesting than at least half of the English entries in Moldova. “Altundeva” is a great song but it doesn’t feel like it would naturally work well on stage. The climax is certainly well executed. If they can find a way to deliver a great stage show, this could do really well.

Bogdan: This sounds like any other song that is being played on the radio in Romania, and it’s both good and bad. It’s competently produced and sophisticated enough and Lavinia’s voice is both warm and powerful, but the track lacks that unique Eurovision hook that would qualify it for success on the big stage. Ultimately, “Altundeva” is nice — until the next song comes along.

Kristin: It’s in Romanian. That’s positive. Other than that, this song is forgettable at best. However, in order not to sound like a complete bitch, there was a beat underneath that became a little bit captivating after a few times listening. But it is essential to grab the audience from the very first tone, and “Altundeva” just doesn’t do that. It needs a lot of time, much more than three minutes, so I’m afraid that Lavinia won’t go all the way to Lisbon.

Luis: In a way, it feels as if we’re witnessing the first steps of a pop star. Lavinia’s voice is on point, she sings beautifully and gives a bit of texture to a song that’s as flat as tundra. “Altundeva” sounds current, but it’s a bit too much “fifth single from a popular album that peaks at ’90 in the charts”. Not enough to reach Lisbon, but a decent effort, nevertheless.

Robyn: The standard of entries in this year’s O melodie pentru Europa has significantly improved from recent years. “Altundeva” is another of those decent entries. Lavinia brings a modern sound and a strong vocal, and expertly takes the song on its emotional path. But even though it’s pleasant to listen to, there is the possibility that “Altundeva” wouldn’t be memorable enough in Lisbon.

Antranig: There had to be a cheap upbeat number in O melodie pentru Europa, right? Ruslan fits the bill and he fits the bill well. Unfortunately, this is by all accounts a dreadful song with nothing going for it. With the right staging, “Come to Life” could come to life and become a decent joke entry. That’s about all they can hope for.

Bogdan: If only you could watch Ruslan at the live auditions: talk about involuntary humour. During the electric guitar solo, he stood there looking blankly, with his hand with the microphone at shoulder level. I can’t wait what he’s going to do in terms of staging — probably nothing — because otherwise there is no redeeming quality in this drivel.

Kristin: Did I just attend some sort of weird mash-up concert with a bunch of bad ’80s tribute bands featuring SASH!? What was that? Never mind, don’t answer. It was a rhetorical question anyway. There is always that one song in Moldova that you can’t be sure of. Are they serious or are they just there as a joke? And that is why I love O melodie pentru Europa. Some of the songs are actually so much crap, that they’re on the verge of being good. Heaven have mercy on me!

Luis: If this made the semi-final I would rather drink bleach before listening to the entries that didn’t make the cut. My only question after this is HOW? How can anyone think this “song” can go to Eurovision?

Robyn: Ruslan is mashing up 1980s synth pop and 1980s hair metal. I’m not sure if this has ever been done before — and there’s probably a good reason for that. “Come to life” is just a mess, the sonic equivalent of combining garlic and Nutella. There’s too much going on and it ends up leaving a very unpleasant aftertaste.

Before calculating the average score, the highest and lowest scores are dropped. This is to remove outliers and reduce potential bias. We have removed a low of 1 and a high of 5.5. Spain: Amaia and Alfred give new performance of “Tu Canción” with improved staging 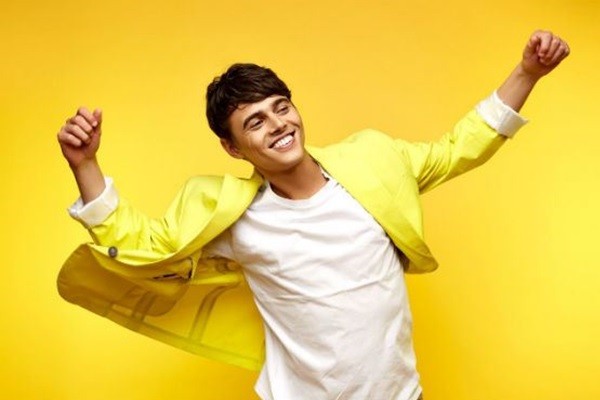 Come to life… I have no idea what this is supposed to be. I don’t think I’ll ever be able to take this seriously.

Altundeva is quite nice, even if there is nothing especially captivating that would make it stand out on ESC. I like the Romanian language, though. 6.5/10

Come To Life is an absolute disaster! It’s repetitive, generic and the instrumental is particullary annoying. Probably the worst song currently still competing in any NF (although Moldovan tryouts Beauty Song and Maybe It’s Love were surprisingly even worse). 1.5/10

Garlic and Nutella…..Lol! So much better than chalk and cheese. 🙂