Just days ago she shared details of the dress she’ll wear on stage in Lisbon. However, it seems that Russia’s Julia Samoylova wasn’t best impressed by the official music video for her Eurovision 2018 entry.

During the same live chat on the Russian social media site VK where she talked about her dress and staging, the “I Won’t Break” songstress also addressed the music clip.

As reported by the Russian news site RIA,  Julia admitted that she didn’t really like all of it. The singer had developed her own vision of what it should be. But the finished product ended up being somewhat different.  Frustratingly, she didn’t elaborate more. We can only speculate as to which elements weren’t to her taste.

Yuri Aksyuta, the director of music and entertainment programmes at Channel 1 and Russia’s Head of Delegation, was also present for the live chat. He followed up on Julia’s remarks by explaining that practicality overrode art in some instances. For example, when the video was shot the director was told to accent Julia’s face. The TV exec left the matter at that, leaving his comment open to multiple interpretations.

The memorable last shot in the video shows Julia on top of a mountain. An impressive waterfall flows below her while a rainbow floats above.

At first glance the waterfall and the mountain look like they have been beautifully made by hand – or you know computer – but in fact the waterfall itself is real.

And no, it is not found in Russia but in Iceland. It bears the cumbersome name “Dynjandi” and is located in the Westfjords, the most northwestern part of Iceland. The name is difficult to translate as it is a noun that is made out of the verb “dynja” – to roll or to fall.

But you could translate it as “the one that falls”. Which is very appropriate as it is the nature of waterfalls to fall down, right?  It is one of the main natural attractions in the area, and in the whole country perhaps, so there is no wonder it caught the eye of the Russian video makers.

The waterfall is empowering and powerful, just like the message of “I Won’t Break”. Below you have the real waterfall for comparison. What do you think of Julia’s comment about the video? Do you agree? Let us know in the comment section below. 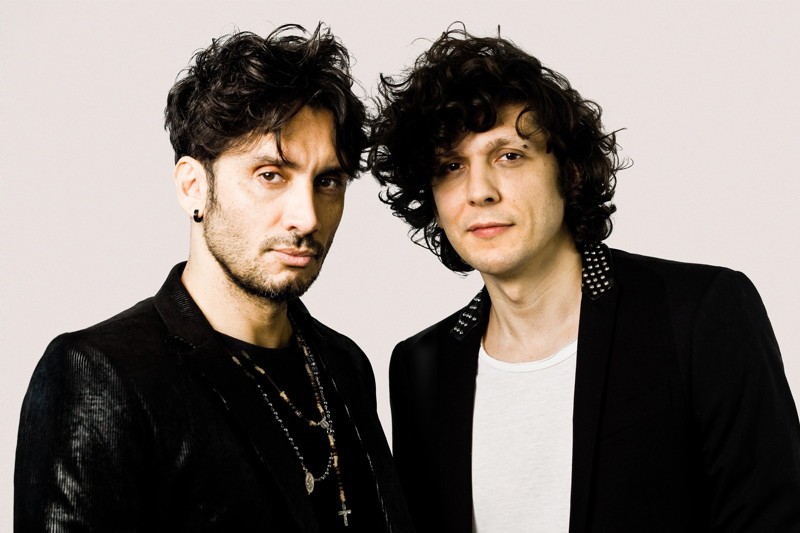 Semi-Final 2: Who do you think will qualify for the grand final?

Well of course she hates it: it’s offensive. Instead of empowering her, they hided her body as it was something to be ashamed of.

I understand she doesn’t want ‘pity votes’, but at the same I think it’s horrible to ‘erase’ your situation. They’re not trying to integrate the wheelchair to the staging like she does in real life, they simply want to hide it! If they don’t want to show it, they could sit her on another seat, be more creative. If she had an ugly face, would they put a plastic bag on her head? Everybody knows her situation, as she participated last year. For those who don’t know, before her song, commentators will probably talk about Russia’s prohibition in Ukraine… Nowadays,… Read more »

Well, no wonder that she isn’t impressed. I mean…. She’s being turned into a freaking mountain!

She’s a victim of the Russian Putin propaganda. Sad really.

Why Wiwi became so boring lately ? Is it the new formate? Is it they ‘re post? Am I the only one missing something?! I want fun and it’s not comming!

The way I observe Yulia from the very beginning is that it’s as if she is not being herself. Because it seems that she is being forced so much by her team by treating her like a puppet. This can be a confidence killer and that being said, look at what happened to her Moscow pre-party performance. What more if she finally performs in May?

Well, her head looks cropped and pasted on the top of the mountain, i would be unimpressed too. I understand not wanting to show her with her wheelchair to avoid the unavoidable “seeking pity votes” comments, but the video could be more creative. It could show her sitting anywhere or in a swing or whatever except that. I think there was no need to cover her entire body.