One of Eurovision 1969’s four winners, Dutch songstress Lenny Kuhr, has revealed that she originally wanted to sing a different song at Eurovision than “De troubadour”.

Lenny Kuhr shared the news in a tweet on her personal page:

It shows a hand-typed letter, sent to the Dutch broadcaster, after they had asked her to perform one of her songs at Nationaal Songfestival, the preselection of the Netherlands for Eurovision at the time.

I received your writing of 3-1-1969, in which you announced to me that you had proposed me as an entry at the Nationaal Songfestival 1969 with pleasure. I would therefore like to happily accept this invitation, though with the added knowledge, that I will support the song to be sung by me wholeheartedly.

In the mean time, I already contacted my producer, Bert Schouten, who I told, that I think, and with some other people, including Nico Knapper, one of my songs, “Mais non, monsieur”, is especially suited for this song contest.

As you requested, I already contacted my producer Bert Schouten.

In the wait of your future writings, I sign, yours sincerely,

Lenny Kuhr did not reveal the reason why she didn’t sing “Mais non, monsieur” in Madrid, but the fact that the song was recorded in French might be the reason for that. In 1969, countries were only allowed to sing in one of their official languages.

Ms. Kuhr had plenty of other opportunities to sing in French after the contest, touring France in the 1970s and collaborating with amongst other Les Poppys on the Dutch-French song “Visite”.

Kuhr’s career after the contest has been fruitful. She’s released over twenty albums and earlier this year she announced a crowdfunding appeal for an album to celebrate the 50-year anniversary of her Eurovision win. For some time, it sadly looked like the goal would not be reached, but in the end she managed it.

Although she has produced, written and released many albums through the decades, she is no longer that familiar to the Dutch public. In a 2015 TV series celebrating the Eurovision Song Contest’s 60th anniversary by AVROTROS, many celebs failed to recognise her and didn’t know that she was even a Eurovision winner.

Lenny Kuhr has clearly become a forgotten gem and could not count on support of the bigger talk shows and media during the crowdfunding process of her forthcoming album. It is impressive that her many fans managed to fund an additional album for her jubilee. We are looking forward to it and wish her the best for the 50th anniversary!

Are you also looking forward to the jubilee album of Lenny Kuhr? Let us know in the comments below! Israel: 12 artists left in The Next Star for Eurovision 2019 following the first duels round 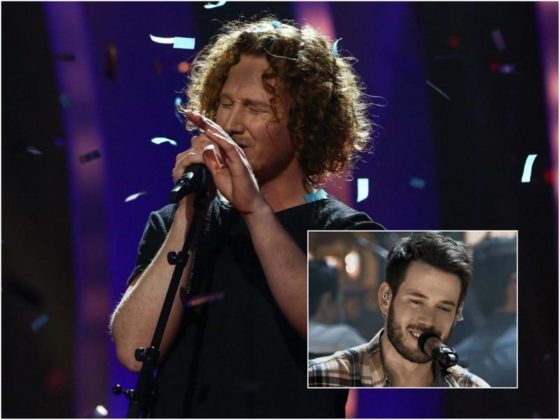 How come the Netherlands were the ones to host the next year? It’s nice that Lenny got to be the one to hand over the trophy in 1970.

Draw between Netherlands and France. Spain and UK were excluded as both were at the time 2 most recent hosts.

So glad she chose De Troubadour, the song is awesome and gives me some medieval vibes! One of my best Eurovision songs ever

L'oiseau
Reply to  Eurovision fan since 2014

Totally agree on both songs.

For me “De Troubadour” along with “Tu te reconnaitras” are the best winners in the history of the contest.

An icon, and being the first woman to win the contest as a songwriter, a feminist icon too!*

*I think Vivo Cantando was also co-written by a woman, so the title is shared…

So great that she is still doing her stuff and managed to get funding for her album. But it is very sad to see that her own country does not give the credit and visibility she deserves.

Icredible song, incredible lady. It feels so good, that she managed to fund her new album.

I love “De Troubadour”, it’s one of my favorite winners ever. The story of the four winners struck me as so interesting that I went and briefly listened through the entire songs of the 1969 contest a couple of years ago. Lenny should have been the sole, runaway winner. Frida from France deserved her victory as well, but Lenny’s song will always be the iconic one for me from those ancient times before 2000.

I do believe that it is very common for artists to compete with songs that they didn’t like; Olivia Newton-John for example.

She never said she didn’t like it, she just had originally envisioned another song as the entry. In fact, I’m pretty sure she did like De Troubadour, considering she co-wrote it.

In retrospect, I feel like Viva Cantando was the rightful winner that year.

Absolutely not. The worst of the 4 and worst than many others in that year, ceratinly behind Italy, Portugal or Yugoslavia

Vivo Cantando is miles above Boom Bang A Bang.

De Troubadour is miles above everything. <3