Earlier this week AVROTROS revealed that Duncan Laurence will represent the Netherlands at Eurovision 2019. And it seems that renowned composer Dick Bakker has a problem with the selection — or, rather, with the method by which Duncan was chosen. Dick has called for a return to the Dutch national selection format “Nationaal Songfestival”. Dick, in case you forgot, was the composer of “Ding-A-Dong”, sung by Teach-In 1975. It was the last Dutch song to win.

Speaking to the Dutch paper Telegraaf, he said:

“It is very important that an extensive national selection is first done, to compete in an international competition. In sports we do the same thing, right? Now everyone feels left out. This year also, all creative composers and lyricists will be completely sidelined at the Eurovision Song Contest. Even if Duncan Laurence has a great song, I really hope AVROTROS will think about this. They are after all a PUBLIC broadcaster. We need to give Eurovision back to the audience.”

While Dick is best known for his “Ding-A-Dong”, he has been involved in numerous Dutch Eurovision songs, including Edsilia Rombley’s “Hemel en Aarde” and Maxime and Franklin Brown’s “De Eerste keer”.

The “Nationaal Songfestival” format was frequently used in the years prior to Anouk’s internal selection in 2013. But after the show produced a series of non-qualifiers, including its last winner Joan Franka in 2012, the broadcaster decided to give the show the chop. Anouk’s success in 2013 sparked the current run of internal choices.

What do you think? Should The Netherlands stick to internal selections or should the broadcaster consider a return to the national selection method? Let us know in the comments below! Holly Tandy on “Bigger Than Us”: I thought a country flavour could really work 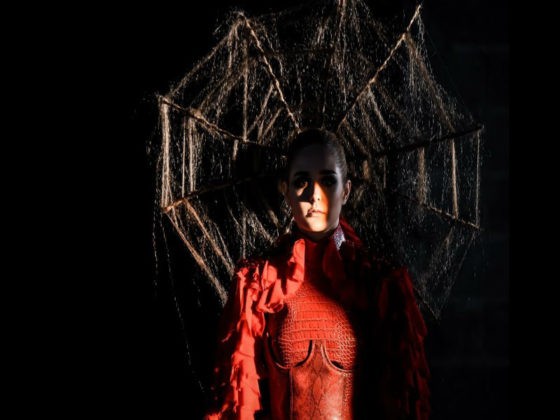 Please no National final. The Dutch audience have a long history of choosing the wrong song. Internal selection has proven to be much better (except Trijntje in 2015. And it’s Trijn to blame herself. She took a bland song, had no idea how to stage her act and her small children could say what she should wear and it resulted in this garbage bag. Such a waste because she has got a great voice)

Disagree! NF does not work for The Netherlands:

Kinda hilarious to see this line of NQs. But I think you forget some. If I am not mistaken: 2006, 2005 were NF NQs as well. Or did they really select this made up language crap internally?

Mostly, the songs from the NL are not so appealing to the public, which means they put NL midtable. Juries also vote for the vocals from the participants, more than the public… and the dutch singers never miss a note basicly ?

Agree and dIsagree. It always depends. They call for submissions anyway and if they find themselves with a couple of quality entries, THEN they can still say we let they public choose. If not, I think selecting internally is fine. They real question is: who are the people assessing that and are they trustworthy? The Dutch national finals were awful. Selecting Anouk internally turned things around for The Netherlands. For entertainment purposes, I loved the Dutch NF in 2010, where they had such an insane selection and an even more insane voting system that they forced the composer of the… Read more »

Well, if the Dutch broadcaster chooses better songs to be in the NF, then yes, a NF won’t be bad.

YES! and let’s have masterpieces like SHINE and sha la lie again!

If dutch song from 2009, 2010 represent Sweden,Australia they would finished in TOP 10 in final. Staging from 2009 was not good. And for you this 2 song is not good, I dont see many difference between that 2 songs who failled to go to final, and winner song from 2018 Toy. If Toy represent Th Netherlands I think song would be out of TOP 3. I love , when country have national final, I don t llike internal selection.