It is no secret that F.Y.R Macedonia has not had its fair share of luck at Eurovision in recent years. In order to try and break this curse, the Macedonian broadcaster MRT revealed that they would be sending former Eurovision entrant and Balkan diva, Tamara Todevska, to the contest this May. This week, more information regarding Macedonia’s participation in the contest have been released. So, here is a brief overview of what we know thus far.

On February 8th, Macedonian website libertas.mk published the news that Tamara would be performing the song “Proud” at this year’s contest. The team behind the song consists of Robert Bilbilov, Lazar Cvetkoski and Darko Dimitrov, who have all been in the Eurovision bubble for quite some time now.

Lazar Cvetkoski was a composer for the 2013 and 2014 Macedonian entries. Robert Bilbilov worked with Tamara on her first Eurovision entry as well as the Macedonian entry in 2015, “Autumn Leaves”.  Finally, Darko Dimitrov has been a long player in the Eurovision bubble working with Macedonia in both the adult and junior versions of the contest. Moreover, he has helped numerous other Balkan nations with their entries such as Albania in 2015 and Serbia in 2018. All of these composers have brought a plethora of flavour to the contest and thus remains a lot of space for our imaginations to run amok with ideas and fantasies

The decision on Tamara’s song was concluded upon by a consultative body of the Macedonian Radio Television established specifically for this purpose.  Making up said body are four figureheads within MRT, namely:

The body began evaluating potential entries submitted to them after Tamara had been announced as the Macedonian representative in the contest.

At the moment, the team behind the song are making final touches to the arrangement before the it is released to the public. No official date has been set for the song’s debut; all we know is that is will be “soon”.

The second story to surface from F.Y.R Macedonia this week concerned the national broadcaster’s budget for the 64th edition of the contest.  An article written on zenskimagasin.mk highlights information regarding how the Balkan nation will allocate funds for the contest.

In total, 7 million denars (113,000 Euros) have been requested for both Eurovision and Junior Eurovision this year.  This money will be used for travel, transportation, hotels and diaries for the Macedonian delegations in both contests.  MRT will have to spend over 40,000 Euros for “Program rights”, of which 36,000 Euros are for their participation in Eurovision, while 5,000 are for registering for the junior contest.

The country’s national broadcaster have stated that the total amount planned falls within their envisaged budget for this year’s Eurovision season but have acknowledged that there could be some monetary deviations in either direction.  The editor-in-chief of MRT, Aneta Andonova, commented on the subject, stating: “Let’s think of something effective with the money that we have”.

Hopefully, the planned funds will be able to suffice Macedonia in putting together a fitting stage show in May – a matter, which has been their Achilles’ heel these past few years.

What do you think about these recent developments coming from the Balkan nation.  Are you excited for Tamara’s song and the team behind it? Do you think everything will fall into place for Macedonia this year? Let us know your opinion down in the comments below! 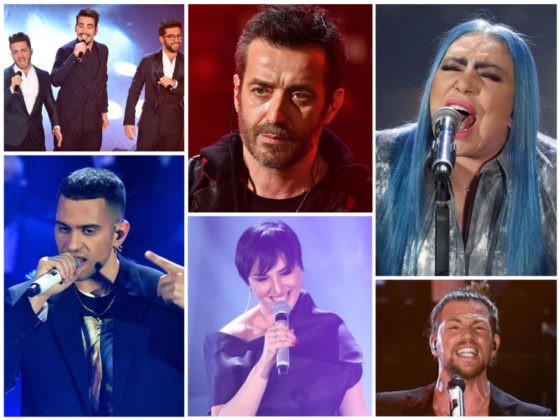 I am a little upset that it is not in Macedonian ;(
I was hoping for a Balkan ballad like her previous attempt “Brod sto tone”. I hope it will not be a generic pop song like her sister’s “To the Sky” from Tijana Dapcevic.

The song better make us proud. And the performance too. I would like for her to qualify.

Join our eurovision comunity : https://chat.whatsapp.com/GZsu3geWcLXDv9uyjNy8Kq on whatsapp !? and discuss eurovision with us 🙂

I hope it’s better than Euro pop/ Disco sound. Cause that sounds so outdated if not done properly.

Give her something simple, well-written, well-staged. Basically, give her what she had in 2015.

Best of luck for FYROM Macedonia this year (or should I call them North Macedonia?)

I hope they don’t mess it up with the staging, just keep it simple and let your voice and artist shine!

Yea as you mentioned, it comes down to staging. Just look at Moldova last year – you don’t need tonnes of money to make really effective and impactful staging

i love this all-macedonian team, i hope it’s good!

Macedonia had a great song for Junior Eurovision this year. Hopefully they can do it as well for ESC

The song was great i agree. but i cant say she sang it good. After she sang i knew it was not a top 10 finish

I kinda have a feeling this is going to be good. I certainly hope so. Also macedonia is probably already gonna be called north macedonia next eurovision now that greece has ratified the nato accession protocol.

I love this Northern lady from the Republic of the North. Soon to be Nordic

Take some geography lessons. The Nordics are somewhere else.

Take some history lessons and respect people’s feelings, you ignorant.

Facts don’t care about your feelings.

The world is full of countries that think they deserve more territory than they have. EU is made to put an end of this, because somewhere it had to stop.

It must be hell inside your brain. 😉

I love this truly Macedonian lady from the only republic of Macedonia.

Yep, it will hurt your feelings, ain’t it? Stop pretending. We don’t want another Armenia-Azerbaijan conflict.

Are you from Canada? An expert.

Its NorthMacedonia now. And we all know many greeks will say different names because they dont have the same history books that the rest of Europe have. My friend told me that. He is greek.

you should press the space button between North and Macedonia.. otherwise, nobody has problem with the new name except for some nationalists, but they are crazy anyhow, anywhere

Relax guys it is only a joke and a good one actually.. good job dual lipper.. even we in North Macedonia tend to joke about it.. once the weather gets chilly for a few days, everyone starts saying, “well u wanted to be north, now shut up..”

Go girl! You can break the curse!

Give us something you can be proud of! This shouldn’t be too hard. Darko wrote so many good songs for various singers, Lazar gave Lozano a couple of great songs and Tamara is the better sister!