She’s the rising star that served avant-garde darkness whilst representing Romania at Eurovision 2019 with “On a Sunday”. This week, Ester Peony teamed up with Belgian DJ-producers HIDDN and Rude Lies to release a cover of Indila’s smash hit, “Dernière Danse“.

A track which started life as a dramatic ballad unpacking themes of sorrow and despair is given a lighter club feel. The digital production also cradles Ester’s flawless vocal delivery. The song is in French and Ester masterfully puts her third language to use on this track. Fittingly, the song was released on YouTube on Sunday.

The cover kicks off with a beat mirroring a ticking clock. The imagery is simple yet perfectly in line with the original message of the song — time may be running out for Ester but she will dance this one last dance. The song marks a significant shift from her dramatic Eurovision entry and performance. However, Ester’s vocal delivery is equally compelling on a much more understated song.

“Dernière Danse” from Indila is one of my favourite songs. I never expected that one day I will perform it live on a big stage. Everything happened when HIDDN, a very talented DJ from Belgium, contacted me to collaborate on this remix after loving my cover of Indila’s song “Dernière Danse” that I uploaded 5 years ago. I recently flew to Belgium to sing it live with him and a quartet, and it was such a beautiful experience.”

You can also check out Ester Peony’s original cover of “Dernière Danse” released in 2014 below.

Are you loving Ester Peony’s cover of “Dernière Danse”? How does it also compare to Indila’s original? Let us know in the comments section below. 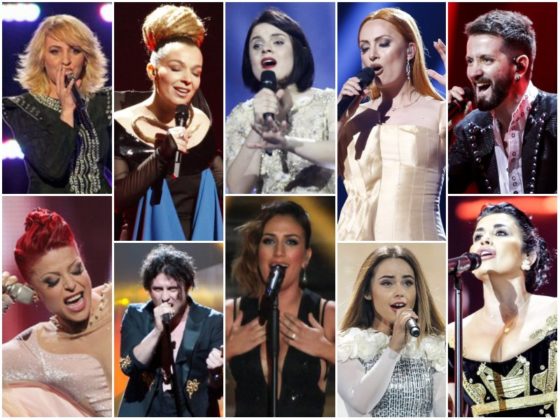 Lowest to highest: A definitive ranking of Albania’s Eurovision entries in the 2010s

Is it really her on that song? She sounds exactly like Indila, I think they autotuned her voice too much.

Please don’t ever touch this song, by the way i miss Indila

Ester will be fine if she keeps doing good music.
If you like Feli, she has a new song “Open your eyes”
Lyrics are something like that :
“They told me : “you will never succeed, music is stupid”
“Let the grass to be our clothes, this earthly heaven”
“Open your eyes, the heaven is not at fault that you are hateful”
https://www.youtube.com/watch?v=12vNtcpmT6U

I honestly still feel bad for her because she’s in the hall of shame of her country.

Why? She just needs a good song and everybody will like her. I can’t like Laura because she had a song created for the voice, not for the quality of the song itself.

Derniere Danse is one of my favorite songs ever, but Ester needs her own summer song, written by herself, because she can.

This is my jam