Australia’s national final, Eurovision – Australia Decides, has been generating plenty of buzz since its return was announced earlier this year. Broadcaster SBS previously said they were planning to go “bigger and better” than their first national final, and boy (or rather, girls) are they right.

SBS have revealed that female soloists Casey Donovan and Vanessa Amarosi will be taking centre stage on the Gold Coast next February in an attempt to win their spot at Eurovision 2020.

While rumours circulated on social media throughout the day of who the two acts would be, SBS formally confirmed the first two artists with their official announcement today at 20:00 CET.

Casey shot to fame at the humble age of 16, becoming the youngest winner of Australian Idol in 2004 before going on to win the Australian version of I’m a Celebrity Get Me Out of Here in 2017. A household name, the once-shy singer has flourished as a musician — whether on stage or on screen, presenting or writing. Her highest accolades to date include an ARIA No #1 Award for “Listen with Your Heart” and receiving Indigenous Awards for Best Album, Best Single and Most Promising New Talent.

Now at 31, she has become a poster girl for fuller-figured women, and has headlined her own tribute concerts as well as supporting legendary singer Cyndi Lauper on her Australian national tour. She’s also appeared in stage productions of The Sapphires (a role made famous by 2018 Australian representative Jessica Mauboy), as well as productions of RENT, We Will Rock You and Chicago, among others.

Casey is also no stranger to the Australia Decides stage, opening the 2019 show on the Gold Coast with a cover of Guy Sebastian’s Eurovision entry “Tonight Again” to a roaring reception.

This time, she will be singing her song “Proud” in the national final — not to be confused with North Macedonia and Tamara Todevksa’s entry in Eurovision 2019.

“I’m so excited to be a part of Eurovision – Australia Decides after opening the show this year and seeing the amazing talent. When I was asked I thought, ‘what an amazing thing to be a part of!’ It doesn’t matter what happens for me, “Proud” is such an incredible song written by the talented Justine Eltakchi and I’m proud to sing it. I can’t wait to share the stage with some of Australia’s most talented singers. And I mean Vanessa Amorosi… She’s my idol! I love her!”

Selling over two million albums in her career, Vanessa Amorosi has proven her versatility across many genres, including, pop, rock, blues, jazz, and gospel. Vanessa’s songwriting ability and dynamic vocal range have led to four critically acclaimed studio albums, as well as 16 ARIA and APRA nominations.

One of her biggest accolades was performing at the Opening and Closing Ceremonies of the Sydney 2000 Summer Olympics and at the Paralympic Games, singing the Olympic song titled “Heroes Live Forever”.

Fresh from living some years in the United States as a singer and songwriter, the girl who broke the Australian music industry at 16 with club banger “Absolutely Everybody” is making an emphatic return to the music scene 20 years later with her new album, Back to Love — from which she will be selecting a song to enter in Australia Decides.

Vanessa spoke of entering the contest:

“I am so incredibly excited to be part of Eurovision – Australia Decides 2020. I am a proud Aussie and to have the opportunity to sing one of my songs on a huge international stage representing Australia would be unforgettable. I look forward to Australia hearing my song and working alongside friends and fellow musicians on this journey. It’s going to be very special. Listen to my new album Back to Love, released today, and see if you can guess which song it is…”

My new album #backtolove is available THIS FRIDAY !!!! I can’t wait for you all to hear it ? Pre-Save it now, link in bio ??

Creative Director for the national final and Head of Delegation Paul Clarke said of the first two artist announcements:

“Casey and Vanessa are two of the most respected voices in the country, and we welcome Vanessa home from her years in America. We can’t wait to hear her bring that brilliant voice to the Eurovision – Australia Decides stage on the Gold Coast. She’s one of Casey’s vocal heroes! We have more exciting artists and songs to announce soon — it’s shaping up to be an absolutely awesome show!”

What do you think of Casey and Vanessa’s addition to the national final line up? Let us know in the comments below. 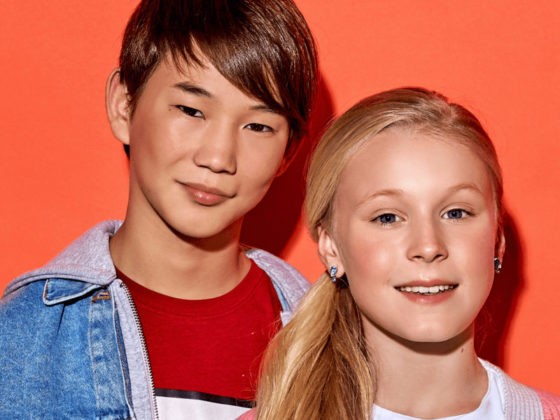 Russia at Junior Eurovision 2019: Tatyana Mezhentseva and Denberel Oorzhak with “A Time for Us” These 2 performers are well known and have respected reputations in Australia. Vanessa has been out of the limelight raising a family but she’s back and Casey never left. Australia decides is going to be Epic again.

I never thought I would say this but Australia is one of my fav countries in ESC lol. Even when last year I critisized “zero gravity” for its campiness I ended up respecting it A LOT because that performance was breathtakingly beautiful and quite elegant. These contestants are quite good tbh, but i PRAY to the old gods and the new, to the drowned god and R´hlor that Sheldon Riley takes part in the australian national selection I NEED IT! His voice is beautiful yet haunting at the same time, he exudes charisma and his style is really on point… Read more »

I feel that either of these women are good enough to be internal selections for most there countries. Certainly my own.

Vanessa is literally the first ever Australia Decides act that I’ve ever heard of beforehand so this is great news!

Wow! Vanessa Amorosi! That is quite the capture.
Love how the Australian NF continues to attract PROPER artists.

Also, I’m pretty sure Vanessa Amorosi’s song is ‘Gimme Your Love’ as it’s the only one that is three minutes exactly and it is more upbeat. It’s cute, I guess… But I think the best suited for Eurovision is ‘Back to Love’ which is 3:14 and it’s just… so much better lol. I’m praying for a miracle that she’s gonna cut something out and that will be the song, it has a lot of substance and it has a great chorus with awesome vocals at the end. Anyhow I am way too excited for the queen to come to Australia… Read more »

Australia means serious business this year as well. Casey Donovan’s cover of “Tonight Again” last year was absolutely brilliant, and she would fit so good with “the Mamas” (who were amazing) and I can tell she’s got the voice, charisma, and sass to absolutely slay the stage in Rotterdam. I’ve only heard about Vanessa Amorosi through fans mentioning her. Apparently, she’s an established artist so I really see this as a good sign from Australia. I also suspect that Sheldon Riley and Ricki-Lee will compete (you heard it here first) so I really think it will be one of the… Read more »

That Casey Donovan looks extremely promising in my eyes, I already imagine her permorming on the stage. Honestly, Australia decides is the best thing that has happened to the country since their debut because it helps them avoid the trap of sending safe songs to the competition every year (Australia sent great songs in the past so safe doesn’t neceserily mean bad but diversity is always better).

These two are amazing live. Can’t wait for the song.

These ladies can sing, that’s for sure. It seems like SBS is repeating the last year’s pattern and giving a chance to the singers that are just pass their prime and in need of a show like this to give them a bit of the public’s attention. I hope there are newcomers on the list as well, and maybe some world-famous stars too. Wouldn’t mind a comeback (what about Electric Fields?).Still, things are looking good for Australia, can’t wait for the next reveals!

Past their prime?….Casey Donovan is currently wowing audiences as Mama Morton in “Chicago”…just finished the Sydney season and soon to open in Melbourne

True, but as a recording artist she never really took off.

Off topic.. https://www.billboard.com/articles/columns/rock/8543021/duncan-laurence-love-dont-hate-it-video Duncan is on billboard:)

Did anybody do as Vanessa suggested and listen to her album? Is there any standout?

Sounds good. I’m going to ignore their awfulness at JESC because it looks like they are trying to get more Kate-quality awesomeness to Eurovision.

I heard Vanessa Amorosi on the radio the other day and wondered if she could be a contender for Australia Decides.

i love vanessa amorosi, she has a strong personality and her her electro-rock album from 2009 (the last one she’s put out) is fantastic. can’t wait to hear her effort!

They’re starting the reveals earlier this year! Can’t say I know either of these artists but they seem promising. Keep delivering the goods, Australia!

Seek out Absolutely Everybody – you won’t be sorry.