We’re now into the new year and with that comes Belarus‘ plans for its 2020 national final. Broadcaster BTRC has confirmed that it will again use its national final — and this time they’re bringing back the public vote.

BTRC confirmed the news on Tuesday with a press release. Despite earlier talk suggesting that the broadcaster might use a different format for 2020, BTRC is largely sticking to its usual format for the national final.

The broadcaster will again use its iconic live auditions. In the past, they have been known for attracting acts of varying quality, where the worst are quickly dismissed with a curt “spasibo!”.

However, things appear to be changing this year. While the live audition is due to be held on 27 January, it won’t be open to all. The broadcaster will pre-screen applicants and choose the ones they want to see at the live auditions.

While this news will be disappointing to fans who enjoy watching the eclectic performances, it may be sweet relief for the judging panel. In recent years, the panel seemed to grow impatient sitting through dozens of auditions from enthusiastic amateurs. As always, the auditions will be live-streamed.

After the live auditions, a focus group will decide around 12 acts to compete in the national final.

Unlike the 2019 edition of the national final — where the winner was decided by jury vote alone — this year the public will again have their say in the result. The broadcaster says the winner will be determined by a mix of jury vote and televote.

BTRC hasn’t given a date for the national final, but notes that it will be held no later than 6 March — the last Friday before the Eurovision 2020 entry submission deadline of 9 March.

Entries for the 2020 Belarus national final are open until 17 January. Applications can be made on the BTRC website.  On 22 January, the broadcaster will publish a list of the acts who have made it to the live audition round.

What do you think? Are you glad that the televote is back? Who would you like to see in the Belarus national final? Tell us your thoughts below! 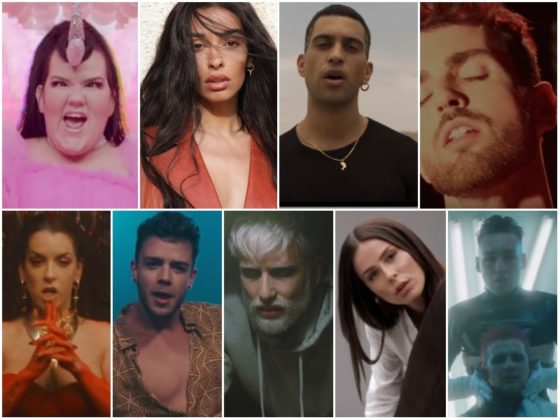 A chance for success: Poland will use talent show ‘Szansa na Sukces’ to select entry for Rotterdam

While I do see where you’re coming from with using the Belarusian language, the majority of Belarus actually speaks Russian so “spasibo” is also technically correct. 🙂

Belarus was artificially Russified first by Russian tsars, by the Soviets, and the pro-Russian dictator. Belarusian is still spoken in the country and is another official language, as well as the national treasure. The author might as well thank German TV bosses for their selection in the Turkish language lol

The televote is corrupt too. Artists just pay for televotes.

Oh no, not producer picked acts – we will never again see another masterpiece like ‘Potato Acapulco’ ??

idc what anyone says, Zena was amazing and brought a great result for Belarus (who usually don’t even make it to the final) and deserved to win the national selection last year!

So far the only song from the Belarussian NF I loved has been SHUMA’s “Chmarki”. I hope 2020 changes that.

I’d also like to see them back. They were by miles the best I’ve heard coming out of Belarus. But perhaps it was a blessing in disguise, since who knows if they would have survived the first semifinal of 2018.

I’d say they had a better shot at it than Alekseev. But I also acknowledge that they might have been a bit too unconventional and out there for the Eurovision audience, which could have made them get lost in the semi as a result, just like Conan this year.

That is presumably very true, Alekseev was dead on arrival.

It‘s not like they can‘t influence the winner now, we all saw what happened to Maria Ermakova in the nf for jesc

it seems that it is not in pdf format or it is damaged anyone can? thank you

I have downloaded all files in .doc format. You can find theme here: https://drive.google.com/open?id=1ixDJeMGnLRLrKGo2myAU8biDxveet9vt will delete the folder in 24 hours

Someone outside Belarús can enter the competition if he or she js not belarusian??

They can. Their act from 2018 was from Ukraine.

in 2018 it was posible, but now i dont know. someone can clarify this please?

yes, they still can

Their grand final was so awkward when they released the jury votes right after a performer has finished singing. It was messy but choosing Zena as the winner was a good decision nonetheless.

I hope that –>> Helena Meraai <<– is one of the contestants

I wish they’d went internal. And pick someone like IOWA, but still kind of expect more of Belarus this year

Man, the voting in their NF is always so random.
I just hope the best song gets selected. Rarely does that happen.

In 2017, one of my favorites won in Belarus. Granted, it’s not often, but there is a possibility. We can hope for the best, while meanwhile enjoying the “eclectic” NF.

Haha. That’s one of the years I think they got it really WRONG.
Nikita Hodas had probably my favourite NF song of ALL TIME and even if he didn’t win, Nuteki should’ve won.

Just my opinion though. 😉

That’s why I said “one of”. Belorussian NF of 2017 had several good songs. Those you mentioned + Kattie’s Wild Wind too. I found the winning song quite cute and hearing the language was refereshing. Moreover, I really liked “Ty i ya” from 2018 (especially the studio version) and Humanize / Stop Breathing from 2019. So, there CAN be gems there. 🙂 They rarely win, though…

Thanks team for the update. Sorry to put a downer on the issue but what does the method matter when the usual end result is the same. Narrow qualification at best and then finishing well down on the right of the leader board.

First news of 2020! Congratulations Wiwibloggs! You are the best! Make this another great Eurovision-year!

We are talking about the same people who let PROvokatsya’s song into their top 10 last year. I have no worries there will be songs to have fun with. Something like the Potato song would be fantastic to see again, though. 🙂

I dont think he would qualified to the final

stfu Zena was amazing. She brought a catchy teenage sound to Belarus and she slayedddd

Just a different opinion, calm down. I didn’t like the song, but I will admit Zena did slay in Tel Aviv (especially in the final), her voice and energy were on point. It’s only the song I have an issue with. 🙂

Humanize was INCREDIBLE, still salty too.