The song will receive its live premiere during the fifth semi of MGP 2020. However, unlike the other four performing acts, Tone won’t need to compete for a spot in the final.

Tone competed in MGP 2009 where she placed second with “Butterflies” — beaten by Alexander Rybak’s iconic “Fairytale”. She also competed in Sweden’s Melodifestivalen 2013. She performed “Hello Goodbye” in duet with Erik Segerstedt. The Måns Zelmerlöw written track made it to the Andra Chansen round.

Norway has had to wait for over a decade to see the songstress return. Tone tells us:

“First of all, it’s so fantastic that people want me to be back. I don’t know. It hadn’t been the right time and I haven’t had the right song I guess… But now,11 years later, I feel super ready.”

“The song is mid-tempo, but it’s a quite big song and it’s about love. The hard love.”

Four of these are competing for a spot in the final. A series of “duels” will take place until one qualifier remains. Each act represents Northern Norway.

The semi-final five contenders are:

The semi winner will join nine other songs in the grand final. They are:

What do you think of “Hurts Sometimes”? Is it a deserving pre-qualified entry? Let us know in the comments below. 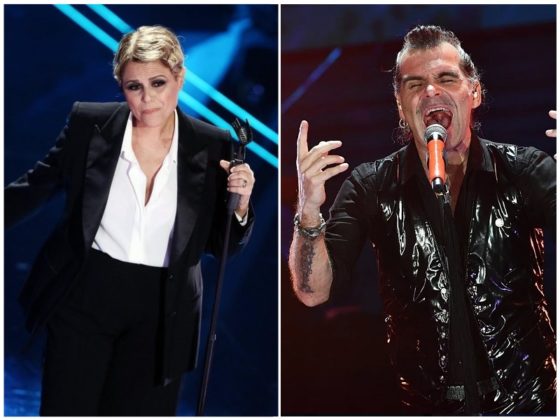 it’s fresh & it is definitly a good effort from Tone. It’s in my top 3. Is it better then Butterflies? No, but i still enjoy it. Can’t wait to see what she is going to do live. I still think Ulrikke is our clear winner. Everything with her & her performance screams winner. Both winner in MGP & a top spot in Eurovision!! I am a little scared that Tone’s influence as one of Norways biggest influencer will win at the night & i also find her a little more «likeable» then Ulrikke, allthough i think ulrikke is lovely… Read more »

well i guess ulrikke it is

Not a bad song, but for me Ulrikke ‘s “Attention” is stil the best song of all the songs I ‘ve heard from Norway.. I hope that she will win the ticket to Rotterdam.

I’d prefer to see Raylee, at best Ulrikke, in Rotterdam but I think this is good effort and Tone my fourth now. I think that Elin and the Woods will most likely qualify from this semi but I don’t know about their chances in the final, that being said they are the best in the semi.

Would love to see Raylee or Rein in Rotterdam, both could have great chances

Would like to see Raylee or Rein in Rotterdam, both could have great chances to do well

That’s a nice one, her tone (pun intended) is pleasant. I think it adds something to the final. But now it’s official: “Attention” would be my pick for Norway. It’s the best written song in MGP, it has immediate impact and also keeps growing the more I listen to it. Plus Ulrikke proved she has what it takes to defend it. Now it’s just the matter of finding killer staging. Hopefully they’ll have not just a week, but 3 months for that.

Ulrikke, Rein, or Raylee and I’ll be happy!

To all my fellow Norwegians! There’s only one person who got our “attention” on the 15th of February! We know what we gotta do! Vote for Ulrikke and get her to ESC 2020 in Rotterdam!

I agree, Ulrikke get my votes as well:-D

That’s good to hear! In my opinion, Ulrikke’s “Attention” is our best (potential) ESC entry since Rybak in 2009!

You could have right, I want to see Ulrikke in Rotterdam, too.

“Wild” is quiet horrible for me.

are we acting like margaret berger doesn’t exist now?

Well, if Norway sends Ulrikke to Eurovision, this is how I would rank the Norwegian entries since 2009: 3) Margaret Berger 2) Ulrikke 1) Rybak. So yeah, Ulrikke would be our best entry since Rybak in 2009 🙂

You left Ulrikke out of that line up btw.

Ulrikke is my winner with Kristin Husøy at a close second. Not fussed on any other songs in their final.

Nothing special tbh, but cant help loving it. Her voice <3