It started off with a cacophony of horns last weekend. And Norway’s Melodi Grand Prix 2021 promises to be just as big and brash for semi-final two.

The second semi takes place on Saturday 23 January. Following a nearly identical format to last year, four acts will compete for one highly coveted spot in the grand final. But which of the four entries is your favourite? Who should advance to the next stage of MGP 2021? In a new twist, the three eliminated acts will remain in contention for a wildcard slot.

Raylee made the MGP grand final last year with fan favourite song “Wild”. She returns this year with “Hero”, whose songwriters include iconic Eurovision and national final songwriters. Describing 2021 song “Hero”, Raylee says “This year we are back to the ’80s. I have a real power song.”

Maria Solheim is an established artist and is currently working on her seventh solo album. Her single “Nordlyset” translates as “The Northern Lights” and Maria describes it as: “My song is a song I have been allowed to translate into northern Norwegian. It’s about finding a home.”

Daniel Owen is a talented singer and dancer and first came to fame back in 2011 from winning Norway’s Got Talent back in at the age of 11. He is now focusing on his music career, exploring R&B.

Ketil Stokkan — “My Life is OK”

Ketil Stokkan is a two-time Eurovision veteran, having previously represented Norway in 1986 with “Romeo” and the infamous last-place finish in 1990 with “Brandenburger Tor”. It’s been 31 years since he last competed at MGP – a record! This year he’ll be singing the self-written “My Life is OK”. Of his decision to return to MGP, Ketil says, “I did not intend to join again. But right now there is nowhere else to show off. It is humble to be selected from 1000 submitted songs.” 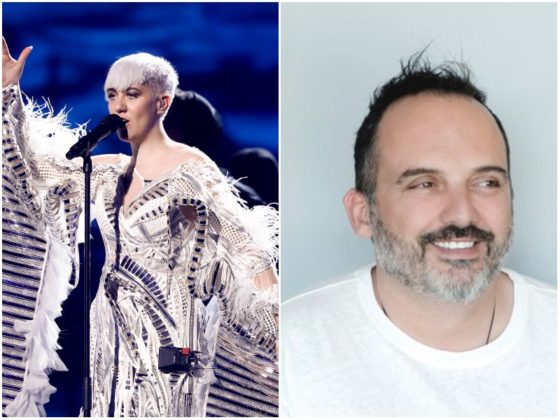 I have no idea why this fuss about Hero. Just an average song.

hero is worse than the sf1 songs, but the best here. Maria’s song is gentle, but you don’t realise how little it’s doing until you listen to hero, psycho (great cohesion btw!) and maybe even my life is ok. i don’t have a massive opinion on ketil’s song, and psycho tries to have the same style but different melody from 347603958203979 songs and ends up failing a bit. Overall, not a great semi. sf1 undoubtedly better.

as for my favorite, probably hero, even though it really isn’t that good.

some singers choose this many writers, maybe to get different perspectives from various writers

I think all of these songs are worse than all of the songs from SF1 (including the two excellent finalists) but Daniel Owen has the most appealing song out of the four, for me.
Maria Solheim has a nice, little song but I don’t really know what it’s doing here.

I feel like Hero, like Let Loose, could elevate sooo much with staging. I can’t wait to see the show!

I agree. This SF is a bit mediocre. Never thought I would say this but Raylee is the best option. As always she is bit uninspired just following trends and making basic lyrics. The song itself isn’t bad though I doubt she can pull it live on stage tbh. The verses are way more interesting than the chorus.

So you’re a fan of Estonia’s Gram-of-Fun too? 🙂

To be honest, I haven’t been following Eesti Laul that much, so I’ve just listened to their song after your comment lol – but I do like a lot as well!

I think that a good way of improving the voting (specially with this tiny rounds) would be to order dependieng on our preference, because my second one was Maria’s one and as I couldn’t vote it, it is below.

Oops, just noticed I can vote to all the songs I want <3

I voted Raylee. Still prefer her previous entry but it’s growing on me!
I quite like Ketil’s song as well.

Daniel Owen’s is catchy but the weird noises at the very beginning and end of the song kind of annoy me.

Last edited 1 year ago by Lolek
5

Psycho needs to change the last 45 seconds of the song where the same words are repeated ?10 times .
In the current structure , Hero seems to be the best overall package.

Semi 1 was better as per my taste.

Definitely Ketil Stokkan. It’s such a lovely song. I’m a bit sad that it is so unpopular 🙁

Truthfully i really like it a lot! I just happen to prefer Raylee’s a little more, otherwise I’d have voted for it.

But I just wonder what is the meaning of “Some say that my color is wrong” and the hand gesture being redefined by white supremacists. Umm, I hope it’s just a coincidence and I am just lazy to search his current political views, so don’t thumb me down please. I find it a bit inappropriate but probably not intentionally. Maybe it is just me.
I know that he sang “Brandenburger Tor” but people can change in 31 years, you know…

Last edited 1 year ago by LaVoixCZ
0

My mind went to the ‘colour’ of clothes he is wearing (ie he wore pink when he sang Romeo at eurovision in the 80’s) but I can see why you thought it may have been a reference to skin colour. I could be wrong but I think some of his lyrics are references to his past songs. ex ‘some say that my music is bad’ and he came last at eurovision.

On a somewhat related note, I hate that the ‘ok’ symbol has become associated with hate groups.

Alright, that makes much much more sense now. :D_ Guess I am hypersensitive and exhausted. Sorry to him.

Last edited 1 year ago by LaVoixCZ
2

No need to apologize, it’s a fair question I think 🙂

I know I’m in the minority, but I quite like Psycho actually 🙂

I have gone with my heart and said Maria Solheim. It is such a warm, cosy song, I can’t wait to get my slippers on and snuggle up into it on this cold winter’s night. It could be a quiet, still moment surrounded by a wall of sound.

I do like Raylee’s effort as well. Perhaps it could make me from my slumber?

Daniel Owen repeats the word ‘PSYCHO’ a 1000 times ….but that makes the song not better ….so yeah, Raylee is the best choice in that mediocre group. If Raylee wants to have a chance in the grand final that songs needs a major revamp in my opinion.

Revamp in to what? It’s exactly what it needs to be.

Last edited 1 year ago by Sale
6